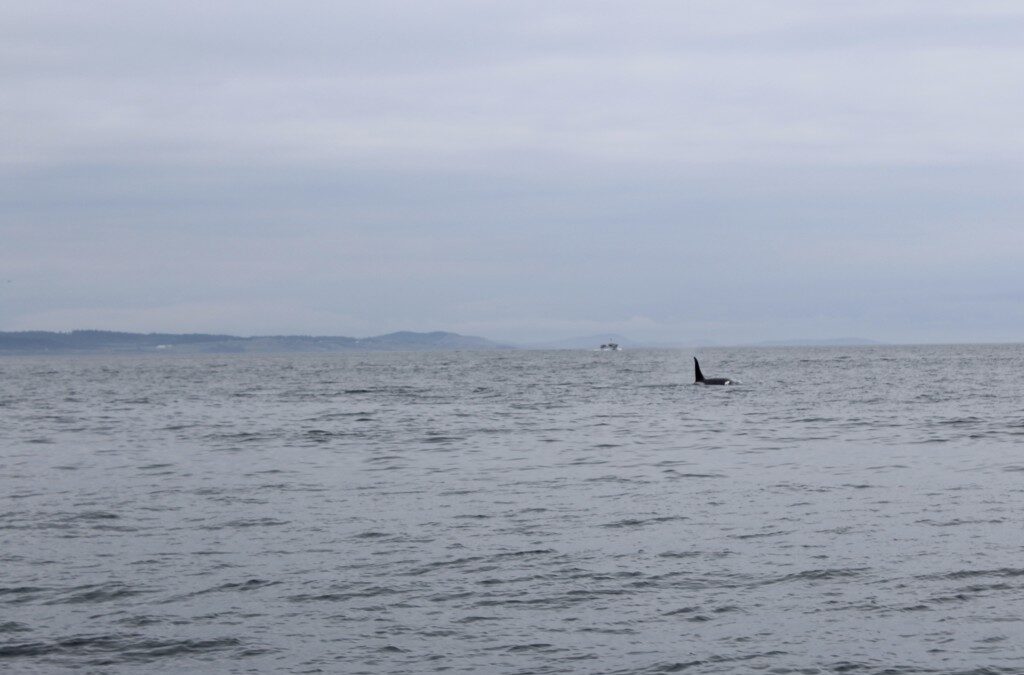 Today, weather wise was pretty typical of late spring in the San Juan Islands. Grey skies and cooler, but we have crazy amounts of daylight. As we get closer and closer to summer our days get longer. Currently we’re running around 15 hours of daylight. Good news about shadier weather is that whales don’t care about the weather in the air! So with our quick break from the hotter spring weather we’ve been getting we headed south out through Cattle Pass and into Haro Strait. This strait is one of the larger bodies of water around the islands and is over 1,000 feet deep. This is a great place to spot whales, There is food for every type of whale that lives in this area (except Grey Whales), and it is a major thoroughfare for all species coming or going from the Pacific Ocean on the other end of the Strait of Juan de Fuca. As we approached Vancouver Island on the other side of the Strait there they were dark fins in the distance… and a lot of them. As we saw more and more of them it was my first inclination to see that this was a group of Resident Orcas since Residents usually travel in larger groups and love the Haro Strait as a great place to catch their favorite food, Chinook Salmon. 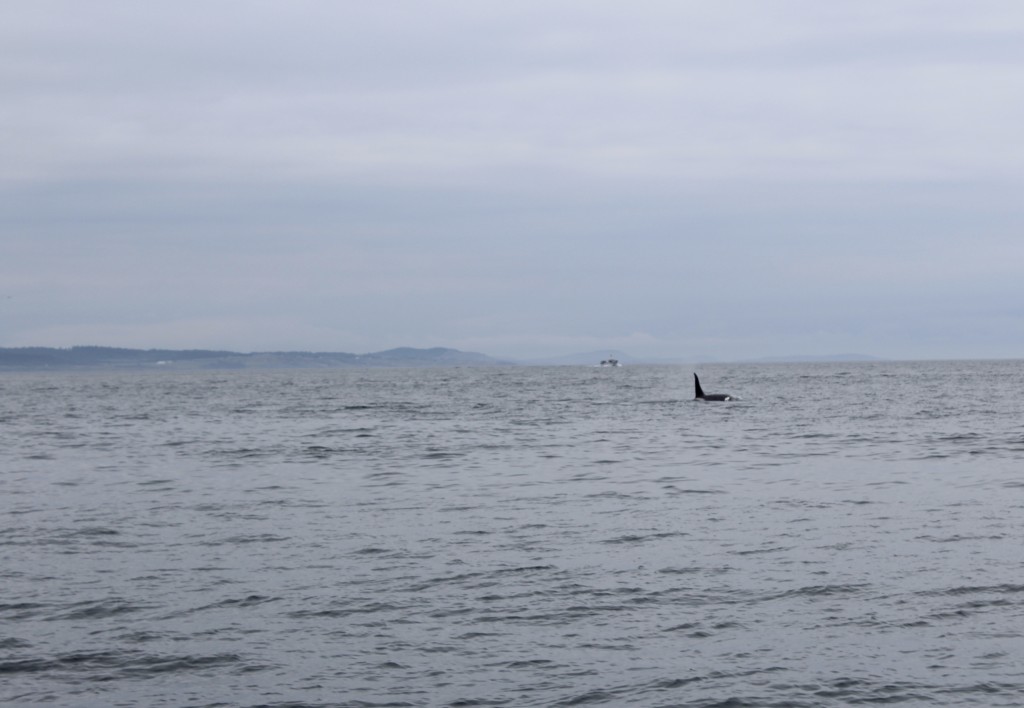 These were not the Residents though. Their closed saddle patches, pointier dorsal fins, and larger sizes gave away that this was an unusually large group of Transient Orcas! Transient orcas also inhabit this area and feed on marine mammals. They have quite an array to choose from including Harbor Seals, Steller’s Sea Lions, and even other whales hence their other common name – Killer Whale. This was a large group of Transient Orcas, one of the largest I’ve ever seen and they were all loving their socialization time. Orcas spend a tremendous time socializing, which means getting close enough to touch and talking away at each other (sound familiar). They travelled south as we paralleled them and watched these two families along with two huge adult males swim and switch places to say hey to everyone. We eventually identified them as the T36A’s, the T99’s, and the two males were T97 and T93. Each orca has a grey saddle-patch behind their dorsal fin, using that along with their unique combination of scars and nicks out of their fin one can tell individuals apart from one another. The two families are named after the oldest female because orcas are matrilineal so the oldest female is the head of the family. As we watched this family swim and switch positions and surprise us a few times by popping up in unexpected places it was wonderful to see how families on the boat connected with these families getting along and hanging out. 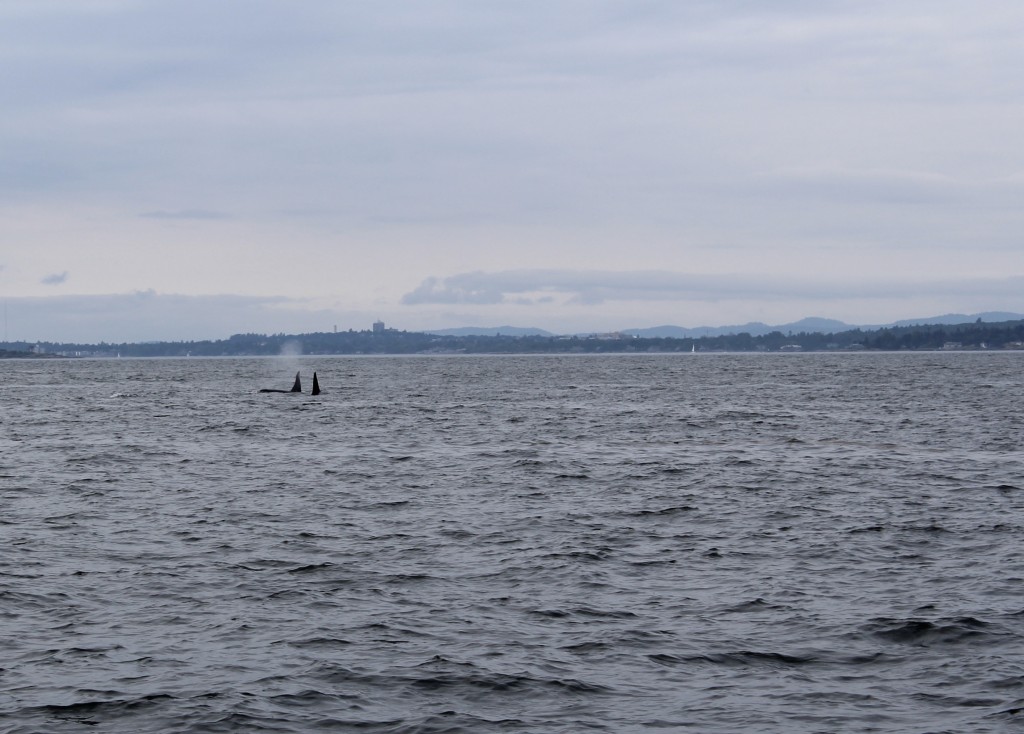 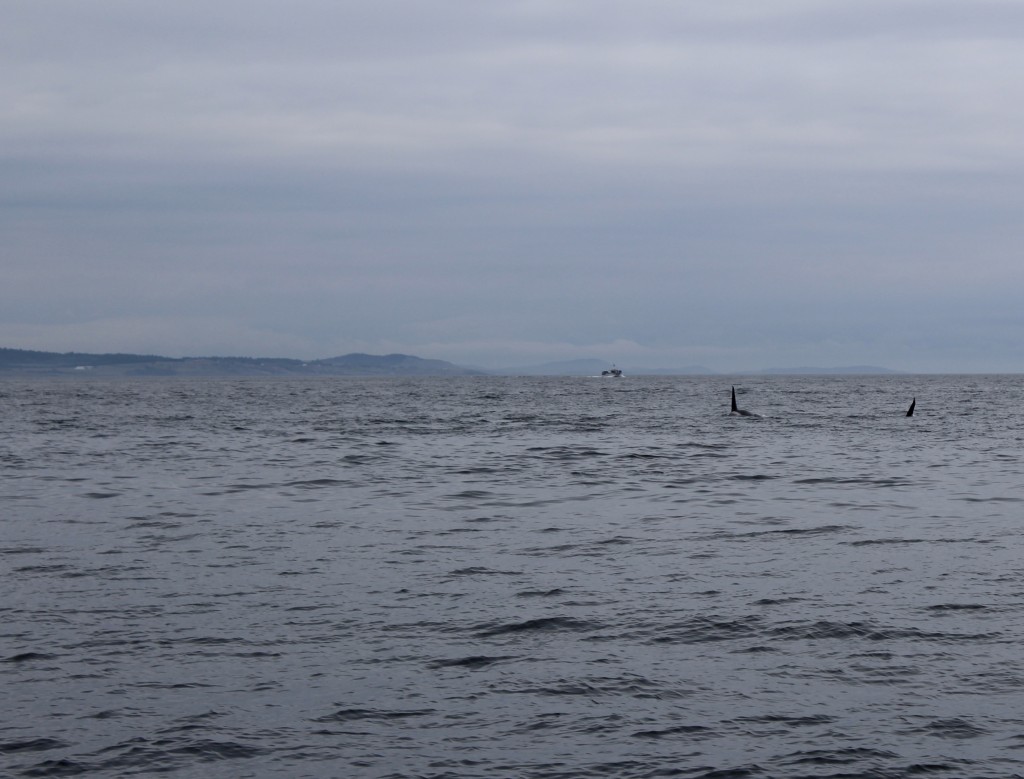 We soon headed back towards Friday Harbor but not before we stopped to check out some other cool creatures! One guest was really into Bald Eagles so we motored by an island where we knew there was a nest to look at the nest, and one was sitting majestically above on the tallest tree around. His response, “Ooo, beautiful!” and this one was sitting alone with his feathers being ruffled in the breeze. Next we stopped by a few islets where a huge group of Steller’s Sea Lions were hauled out. These are the largest species of sea lion and we got to watch them growl and nap as another Bald Eagle swooped above probably searching for some fishy leftovers. As we got closer to the port we thought the trip was about over, but a small group of Dall’s Porpoise popped up! These porpoises are super interesting looking. They are black with white ‘paneling’ along their sides and on their dorsal fins. They also are super stocky yet are one of the fastest whale species on the planet, being able to swim more than 30 knots (around 34 mph)! After all of that I don’t think I could handle much more excitement. Until next time you fun folks! 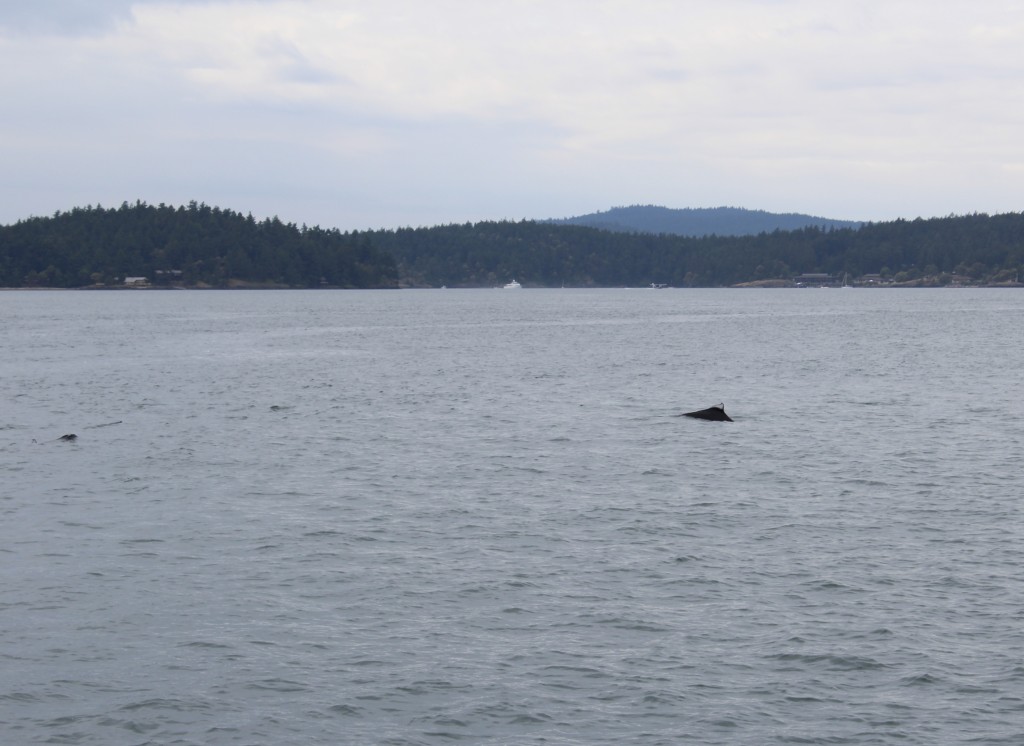