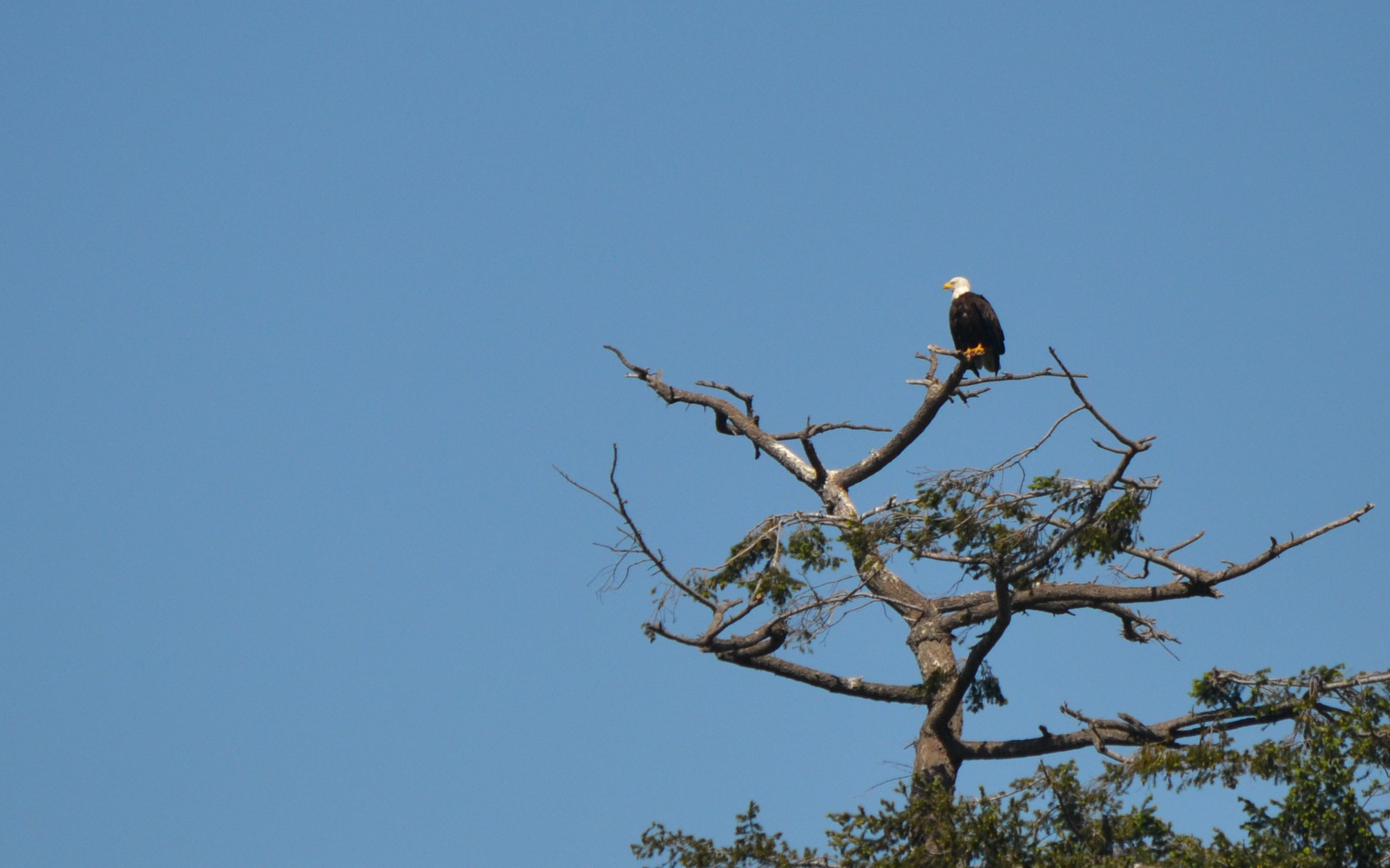 Every one in a while, despite our best searching efforts, we cannot find whales anywhere within reach of a 4 hour boat tour. While this may seem disappointing at first, it gives us the opportunity to focus on animals that we might otherwise pass right by and appreciate the remarkable biodiversity that this area boasts.

We traveled north today along the San Juan Channel, turning west through John’s Pass to scout for whales off of Turn Point, the most northwestern point of the continental United States and also a remarkably good whale scouting spot. Because we don’t radio tag whales or have sonar for locating them, the best way to find whales is still through a good old-fashioned pair of binoculars. We spent a few minutes looking in all directions for a blow or a fin before deciding to move on. We scooted over to nearby island Mandarte off the coast of Sidney Island, which is known for its abundance of cormorant nests. We were astounded by how many cormorants were perched or flying over the island and got amazing looks at both pelagic and double-crested cormorant species! Scattered around in the water below the cliff side were pigeon guillemonts who flashed us their bright red feet as they took off.

We then turned back for San Juan Island, passing around the north side of Spieden. Before we got there we noticed a huge rookery of harbor seals on a rocky island just off the shore of Spieden! We paused to observe their adorable whiskered faces before moving closer to Spieden itself. Once we got closer to shore we were amazed to find multiple adult and juvenile bald eagles soaring overhead and perched on trees and the hillside. We watched a pair of juveniles swoop around in unison, fake-diving at each other and giving us a spectacular show. Before we started our trip back to the harbor we even got some looks at some exotic deer herds that inhabit that island!

Overall, today proved to be the ideal day for a northwest wildlife tour, and the sun was shining on us as we pulled into Friday Harbor.