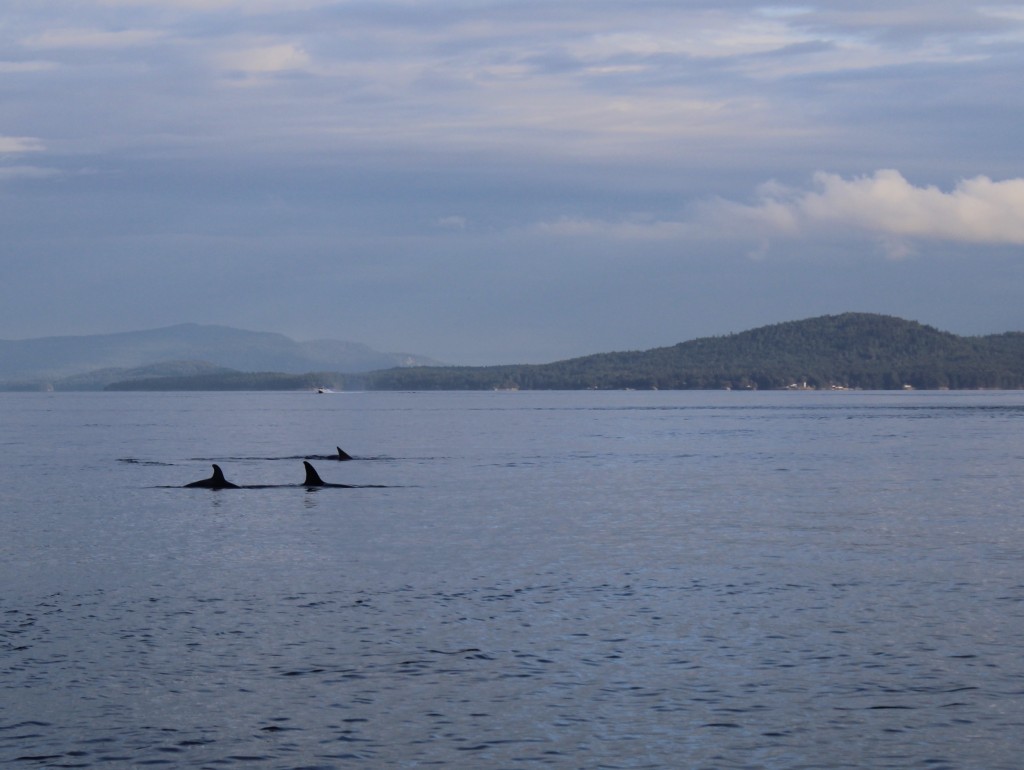 It’s really starting to feel like fall here! Which is super exciting, because that means not only are all the terrestrial organisms preparing for the winter, but so are all the marine ones as well. We’re starting to see changes in the make up of the ecosystem here as days shorter and the weather gets a little bit cooler. This is also great because the true colors of the Pacific Northwest come out this time of year. Low clouds scrape the tops of the firs and cedars as the sail over the islands and in the distance it is hard to determine where the clouds end and the sea begins. And in this magical, misty land there are still whales to be found!

Yesterday, Captain Gabe and I took a great group out on our newer, faster vessel, the M/V Kestrel! Donned in bright red exposure suits we set out to find what wildlife we could spot. Far south near Smith Island we saw a family of Transient Orcas! These are the ones that feed on marine mammals that live along the western coast of North America. This family was slowly traveling south and it was great to see how they interacted even just in their slowly resting travel pattern. The older son of this group swam mainly by himself off to the side while the matriarch, the other older females and the juveniles swam in a tight group. The youngest of the group was around 2 ½ years old and wouldn’t stop bothering his mom! Silly kids! As we watched this group orcas we saw another blow off in the distance and went to go check it out! It was a young Humpback Whale! He was by himself also slowly traveling and eating. This one was super unique because when it fluked it had an all black one! We’ll most likely see more and more Humpbacks as we get closer to fall and more of them start to make their way south to their breeding grounds.

After watching that guy we watched the orcas for a little bit longer and then headed back towards Friday Harbor, but we still got to stop and see some Steller’s Sea Lions, Harbor Seals, a Bald Eagle, and Harbor Porpoises before we made it back to the dock. Woo what a biodiverse day! Whale folks until next time!