How to Babysit a Baby Whale 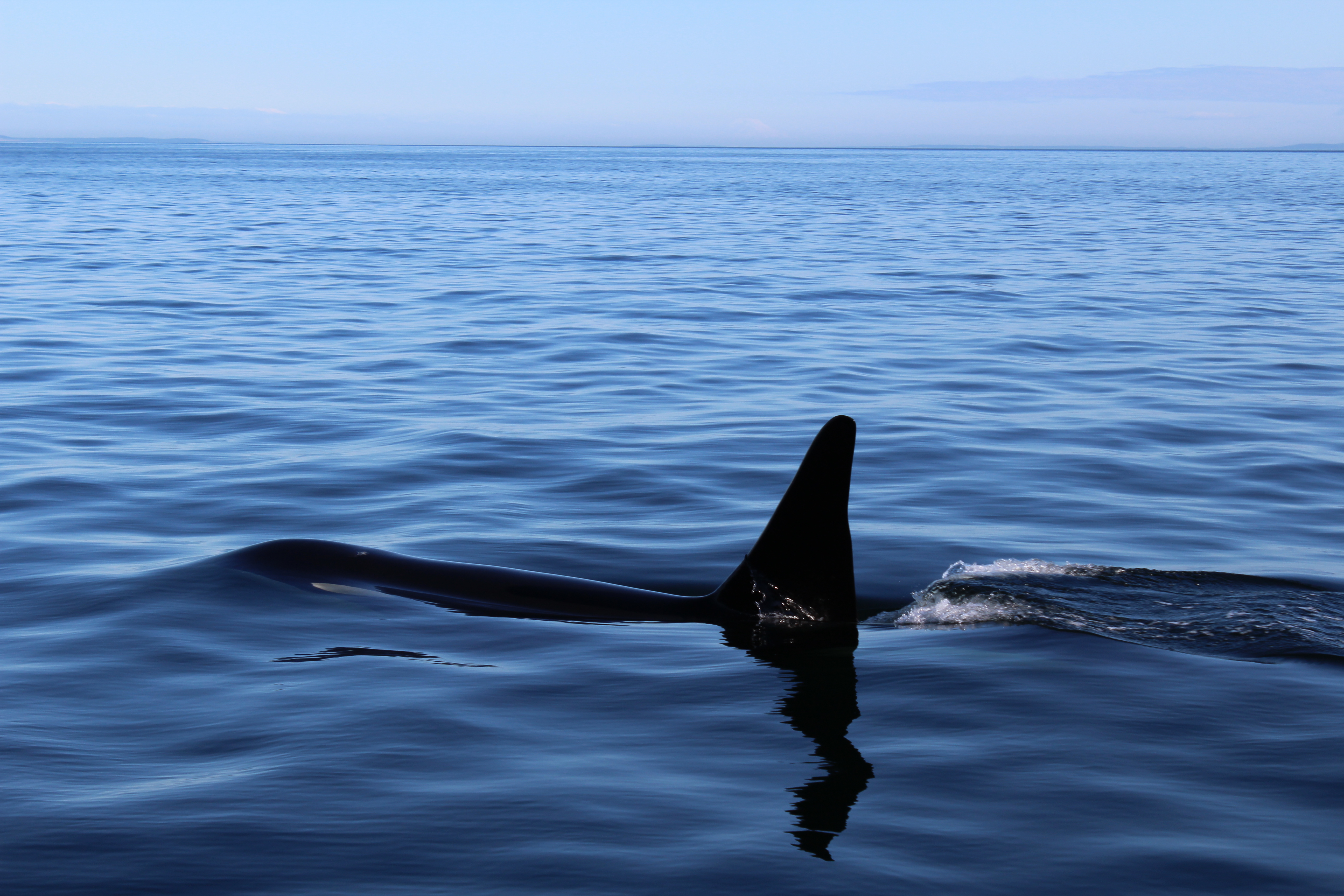 The residents are back in full storm! Today we took our sunset tour down through Cattle Pass to the south end of San Juan Island to follow up on a report of members of J pod traveling along the west side of the island. We weren’t even at South Beach before we spotted the blows and dorsal fins of resident killer whales!

We pulled up to the scene slowly, observing a mom-calf pair and a huge male surface on both sides of our boat. We quickly identified them as Mike and his sister, Alki, with her brand-new calf, Sonic! Mike spent a good amount of time circling one spot, probably wrangling in a few fish to snack on, while Alki and her calf slowly swam along the beach. Not long after, Alki got tired of moving at a calf’s pace and left Mike to babysit Sonic while she moved on ahead. Mike watching Sonic from close by, slowly following Alki’s path of travel, as Sonic showed off his new moves (aka breaching, breaching, breaching!). This was a perfect example of the kind of cooperation that takes place in a family group, with all members of the family taking a part in raising a new calf.

We continued along the west side of San Juan Island to find the rest of the J16s also moving northwards at a slow pace. Slick (Mike’s mom) was traveling with her two newest calves, Echo (9 years old) and Scarlet (2 years old). Here we saw almost the same situation as previously – Slick went off ahead towards the rest of J pod, leaving Echo to look after Scarlet until she returned. Eventually Scarlet got tired of just swimming normally and started porpoising, racing up ahead with Echo following close behind. We followed them and then continued north to stop by and see the rest of J pod before heading home.

We observed 12 more members of J pod just off of Smallpox Bay, breaching, tail-slapping, and rolling over numerous times. Once we finally got our fill of wild whale behavior, we returned home with the sun just starting to turn Mount Baker a magnificent shade of pink.