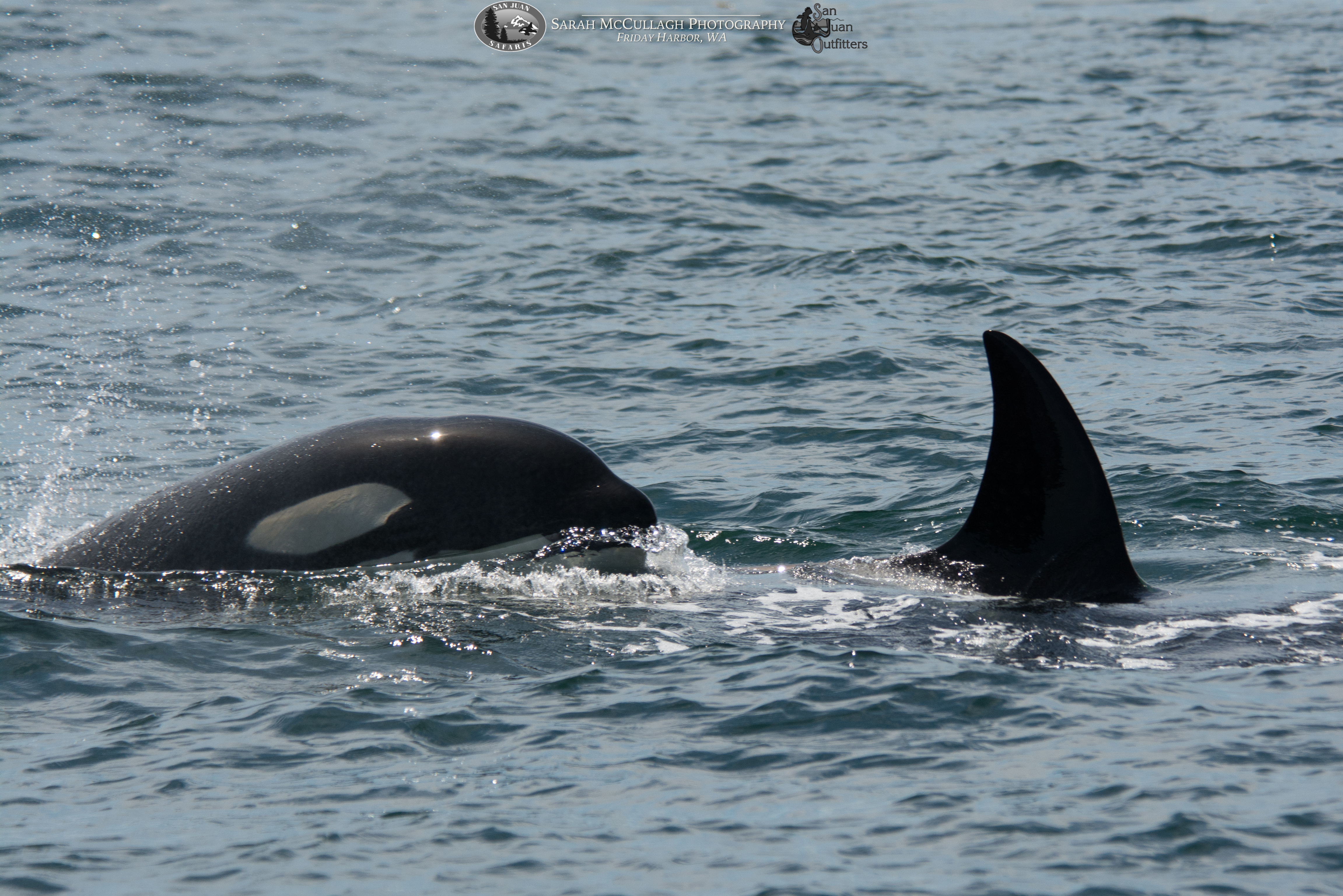 What a day, what a day! M/V Kestrel zipped out of Friday Harbor from San Juan Island in search of whales and other cool wildlife, and there was nothing but sunshine and good reports throughout the day!

The morning tour started underway with a direct trip to whale-town. Okay, poor joke. But really, we did head straight for transient killer whales, marine-mammal hunters which were just around the corner by Flattop Island near the north end of San Juan Island. Within minutes we were there, and we saw that they were surrounding a small outcrop of rocks. Sure enough, they were hunting! We followed them and soon were able to stop and quietly view the group (later identified as the T34 and the T37 family groups) while they circled the rocks with harbor seals fearfully looking below to the water at the menacing black dorsal fins that skimmed the water’s surface. The whales must have given up at some point, because they turned off stealth-mode and began tail splashing and spyhopping, and they even threw in a quick headstand or two! Our afternoon was fortunate enough to see the same group of whales, and this time they were calm and collected and closely travelling together, and they were travelling northwest past Saturna Island and East Point. It was so fascinating to see them exhibit different behaviors in the same day just a few hours apart. They have so many personalities and interesting little lives, it’s fun to see them behave the way they do throughout their day!

Both trips included cruising past a small island with at least 8 beautiful bald eagles taking their picks at what was left of either afterbirth from a harbor seal, or a baby harbor seal that got picked off. Nature was running its course, and the eagles (both juveniles and adults) were reaping the benefits. There was even a turkey vulture soaring overhead amongst the bald eagles, and some pigeon guillemots were paddling around by the shoreline watching the scene take place. It was such a cool little encounter with several types of wildlife- we even spotted some moon jellyfish! Both trips even got to see a lighthouse- the morning saw Turn Point, and the afternoon saw the Patos Island lighthouse.

Today couldn’t have been better! This amazing area has so much to offer and every day is different. You never know what you’re going to get.