Crewser and his Pod Cruise Around San Juan 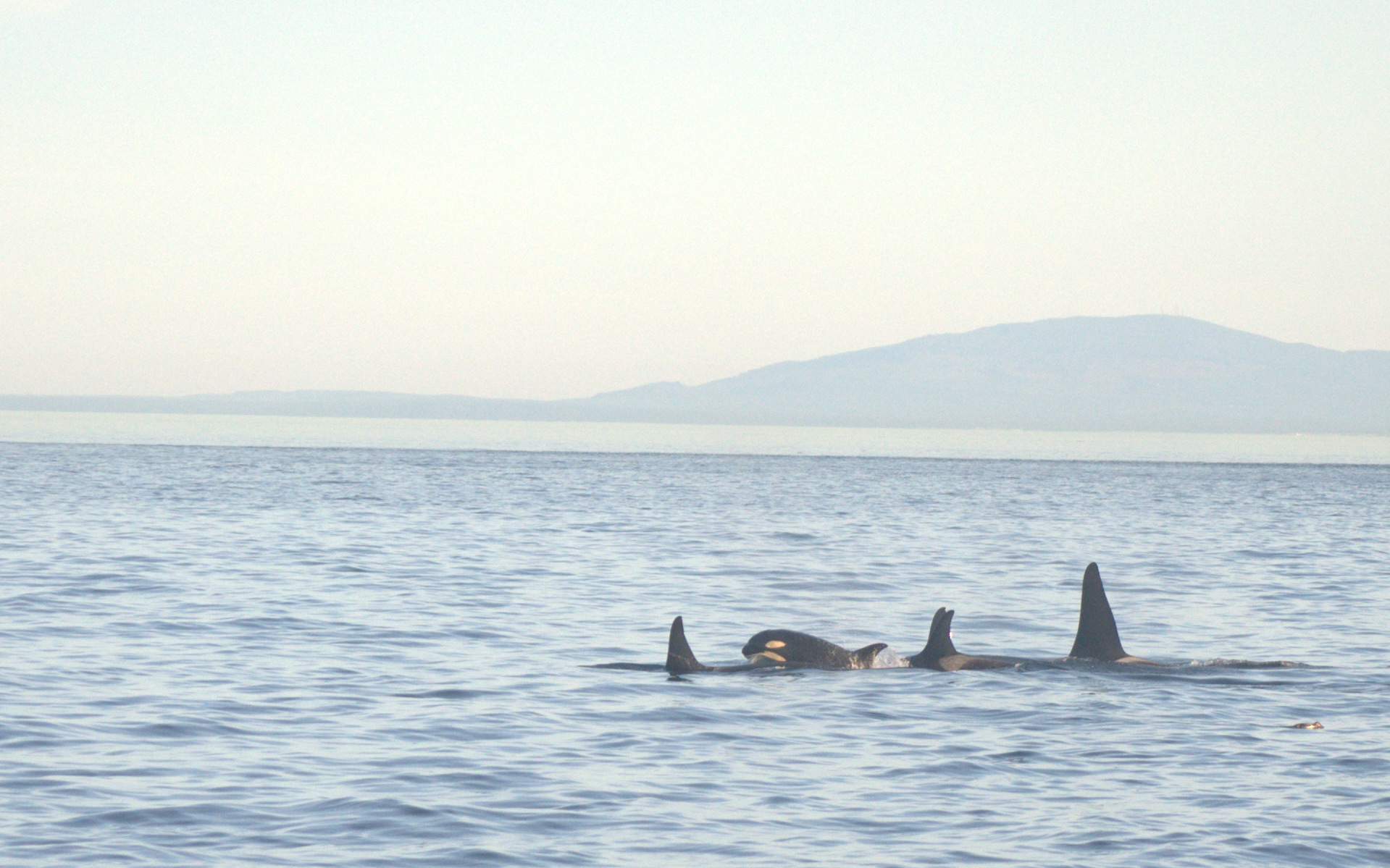 It was a fabulous afternoon in Friday Harbor today when we boarded the Sea Lion and shimmied out of the harbor. The sun was shining, the breeze was light, and there were orcas in the area!

The latest report put K and L pod, the smallest and largest of the southern resident pods, just off of False Bay on the west side of San Juan Island. We headed south past Griffin Bay and circled around Cattle Point to make our way up the island in pursuit of these reports. We arrived to see killer whales scattered all up and down the west side and even a few miles offshore! We observed a few females and a male as they moved southeast slowly, but then they very quickly changed direction and started heading due s

south, and quickly. We watched them swim past us and move away as we boated a little farther down the island to watch Crewser, an adult male from L pod, as he circled around with a few unrelated females just off South Beach.

We left them and started heading back to the harbor, catching some looks at very impressive adult male Steller’s sea lions and adorable little harbor porpoises on the way there.