J Pod in Admiralty Inlet near the San Juan Islands 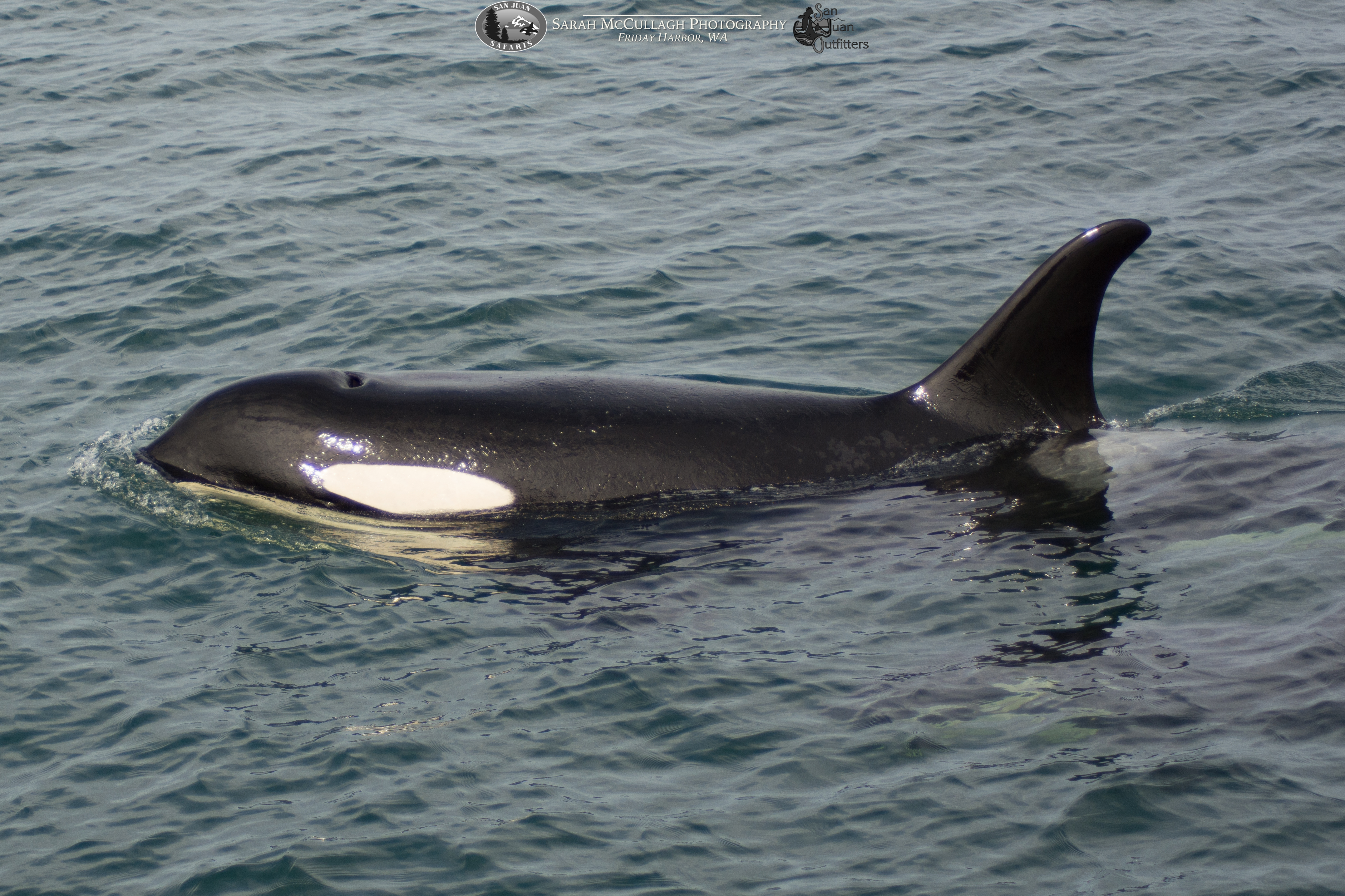 Today was just a perfect trip. We had beautiful clear, smooth, water, semi-sunny skies, and a report of whales in the area! Captain Mike and I gathered our group of twenty-two intrepid guests and headed south in the M/V Sea Lion.

We first stopped to check out some Steller’s sea lions and bald eagles on Whale Rocks in Cattle Pass. We marveled at the maneuverability of the giant sea lions in the water and at their hulking frames hauled out on the rocks. We got an awesome demonstration of the difference between adult and juvenile bald eagle plumage as an adult and juvenile sat next to one another atop the rock. We also got a wonderful view of some harbor seals as we motored past the islets.

Mike steered us even further south towards Smith Island and then towards Admiralty Inlet and the Puget Sound. There were so many birds out! We saw so many diving species highlighted by rhinoceros auklets and common murres. The water was glassy as we rounded the south end of Whidbey Island, and started looking for the reported whales.

The J17 matriline was traveling slowly north out of the sound at a slow and even pace. We got excellent looks at J17 Princess Angeline herself and her whole family, including J35 Talequah, J44 Moby, J46 Star, J47 Notch, and J53 Kiki. Recently there has been much speculation on the social bonds that L87 Onyx will form now that J2 Granny has passed away, and it seems as though he has found his place traveling with the J17s. We watched the whales meandering north, and left the scene, as they abruptly turned west, heading towards the Strait of Juan de Fuca. 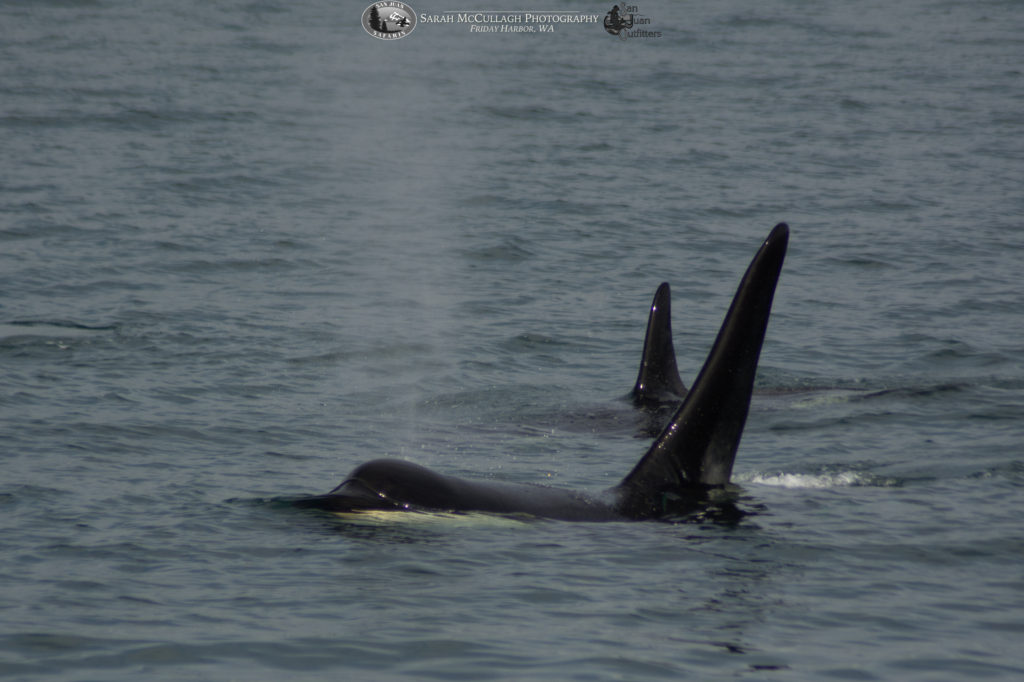 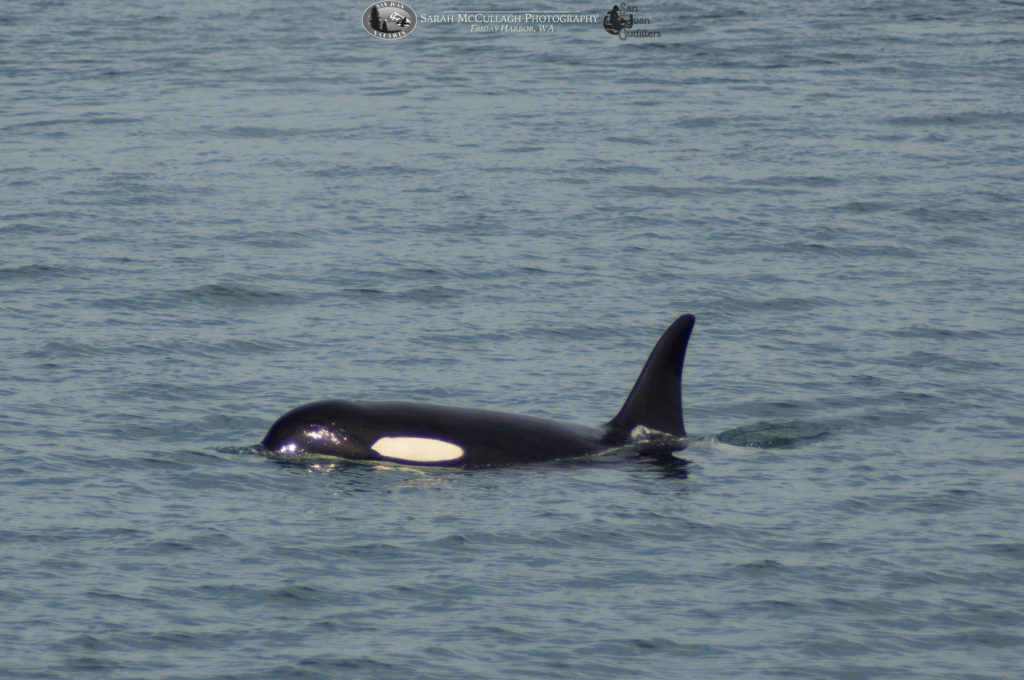 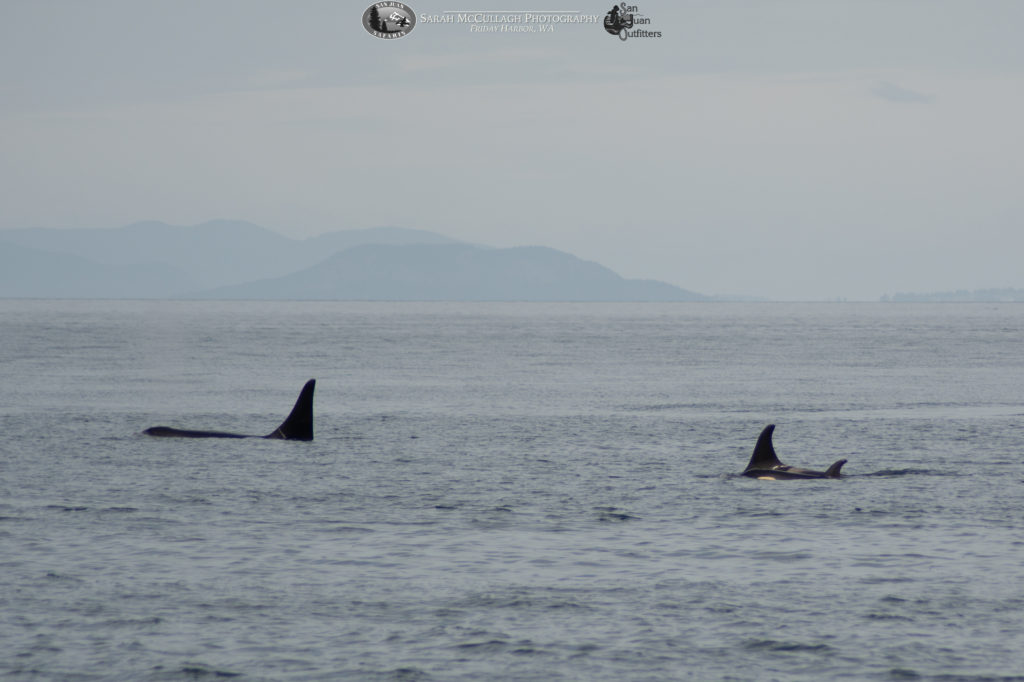 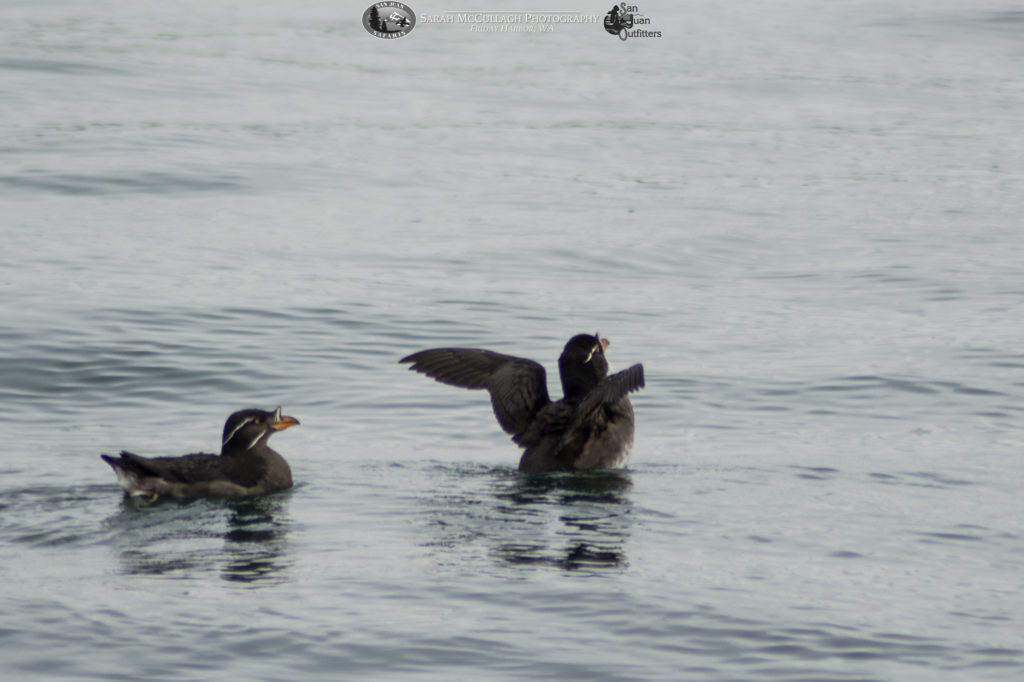