A Once in a Lifetime Whale Watch! 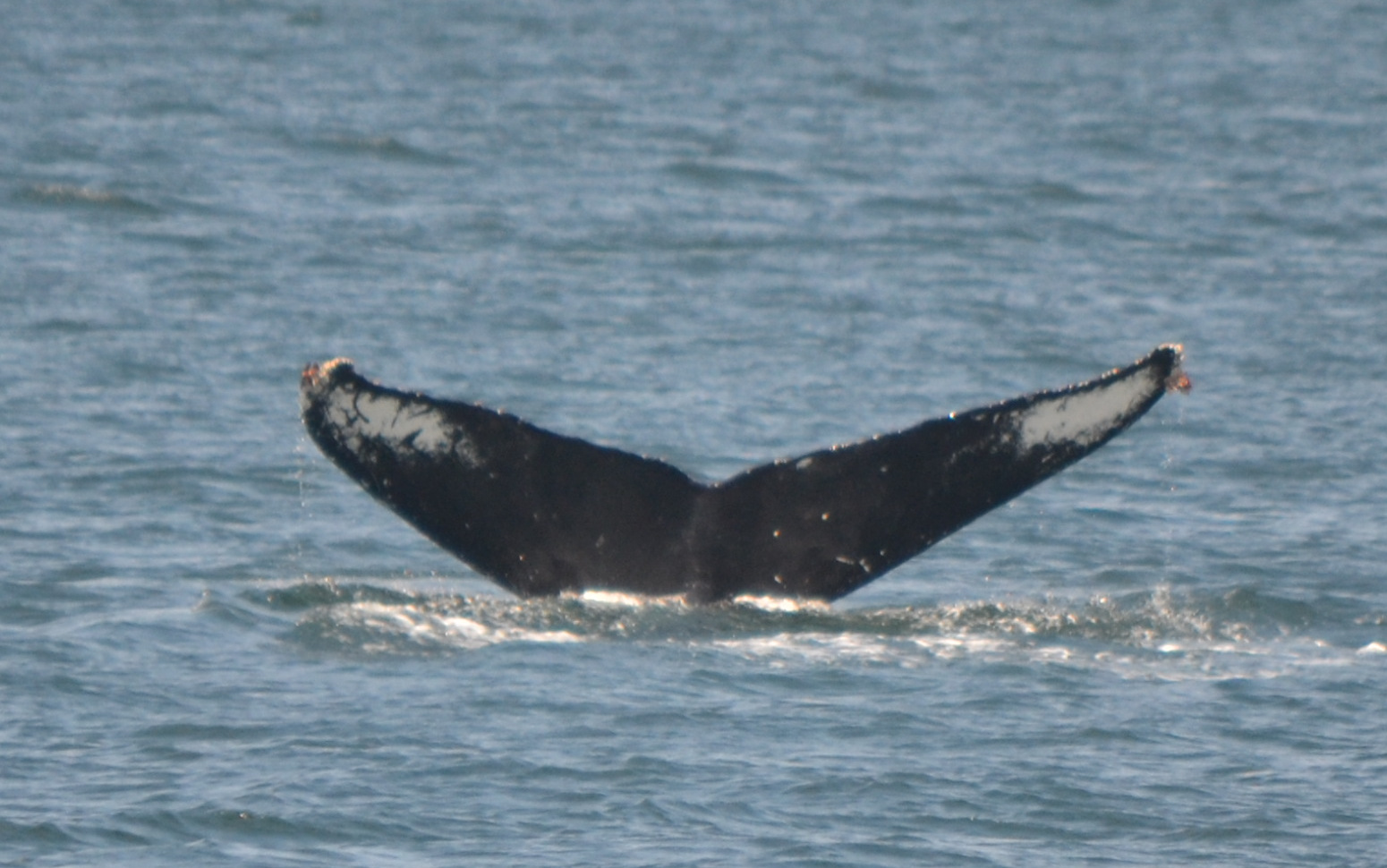 The Salish Sea is so full of biodiversity and never ceases to surprise me. What started out as a typical July day, with tentative reports of orca whales off the west coast of San Juan Island, turned into a once-in-a-lifetime experience.

When we headed south from Friday Harbor towards Cattle Pass, we had a few promising sightings within our reach. The closest was a few resident killer whales hanging out off of pile point on the southwest side of San Juan. When we got there, we identified them as a 45 year old female named Spirit, her 25 year old male cousin Mystery, and her 23 year old brother Solstice. After watching them meander southeast for a little while, we received a report of a group of humpback whales feeding just a few miles south of us. Feeling adventurous and lucky, we turned towards the bank-littered middle of the Strait of Juan de Fuca.

We hadn’t even arrived on scene yet when we noticed flukes dotting the horizon. We were approaching what looked like a dozen or so humpback whales, and they were very active. The closer we got, the more awestruck we became. Before we knew it, we were surrounded by six monstrous whales, surfacing, diving, and feeding over an underwater bank just below us. Farther off were at least four more humpbacks, fluking out frequently. With only 45 humpback whales summering in the Salish Sea, having even two of them in one place is rare, let alone 10!

Humpback whales aren’t very social animals, so when they congregate like this they usually do so more out of convenience and cooperation than friendship. One common behavior in areas with large feeding humpback populations is bubble net feeding, in which one whale circles a school of fish while blowing bubbles to corral them into the center, while other whales lunge feed through the bubbles. This behavior, although common in other summer feeding grounds, has never been observed in the Salish Sea due to our small population, but today we saw what looked like their first attempts at introducing that feeding technique to the area! One humpback blew a semicircle of bubbles just below the surface, and not long after, two more surfaced just inside. This is a momentous event for this humpback population, and gives us hope for their future and learning new foraging techniques!

Before we turned back for the harbor, we observed two humpbacks surfacing a little ways off our stern, and one even graced us with a pectoral slap as we turned to go home.

Not only did we observe two species of whales today, which is rare in and of itself, but we observed the introduction of new behaviors into a growing humpback whale population.