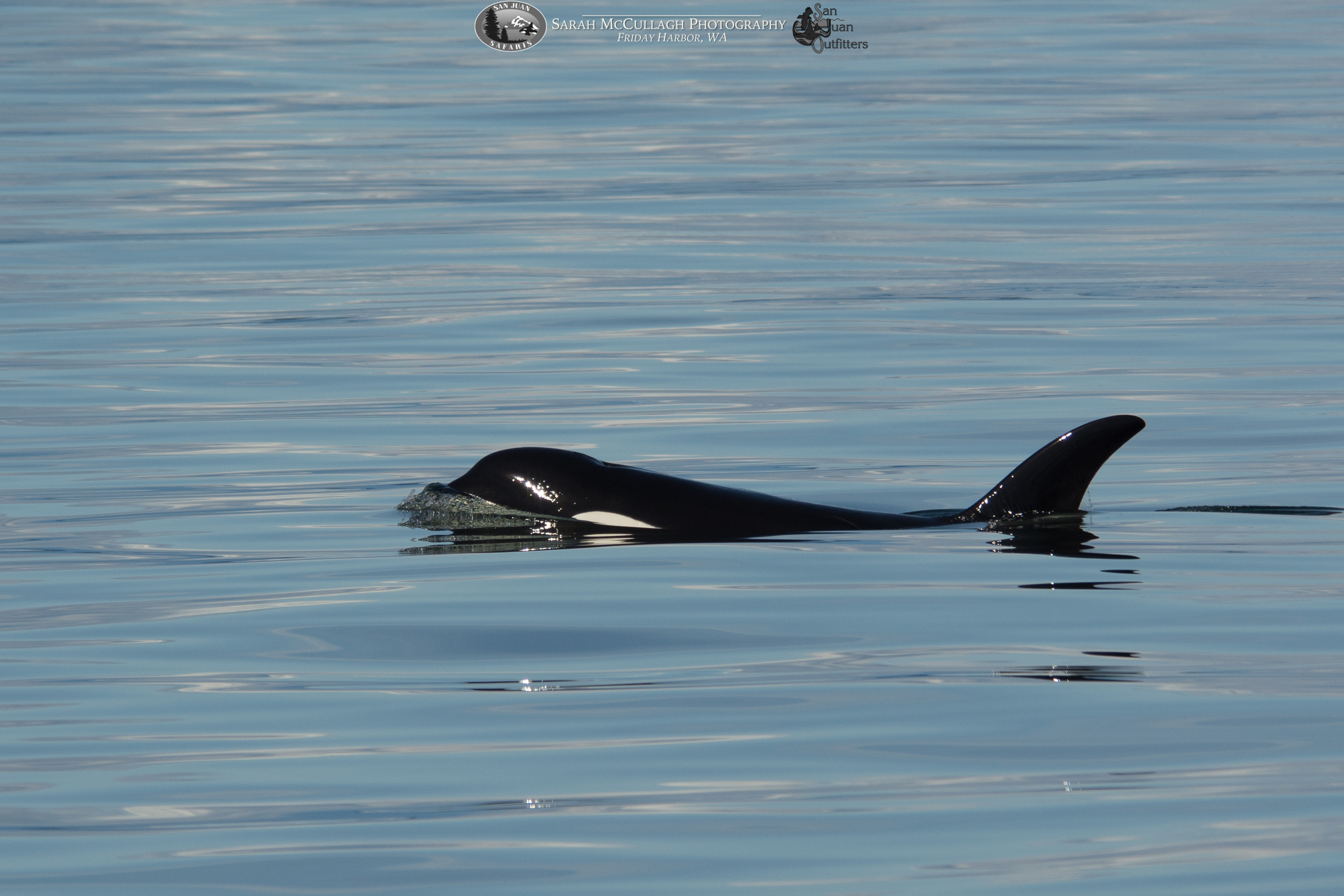 The San Juan Islands saw some great whales today! That’s a little bit of an understatement, but it was definitely a day that doesn’t happen very often. We got a chance to enjoy the sunny afternoon on M/V Kestrel, and we

We headed south from Friday Harbor and caught some quick and good looks at a horde of harbor seals hauled out and sunning themselves. We continued down San Juan Island and quicky caught up with the Southern resident killer whales at Salmon Bank! These salmon-eaters were in a smaller group, a little atypical for resident orcas. There were about 9 members of L-pod around, but L-pod consists of 35 members and is the largest resident pod of the three (J, K, and L). Although they were split up, they can still communicate with one another up to 10 miles apart, so the rest of the group would likely meet back up with them eventually! They were quickly heading north, and they were somewhat spread about, but they seemed pretty focused on getting where they were going. It was such a treat to get to see them!

We haven’t seen the residents for over a month, because they are trying to find Chinook salmon, and they unfortunately haven’t been finding much. There are only 77 Southern resident killer whales left in the world, and their numbers only continue to struggle and become more endangered with the lack of food. We are hoping that the salmon run is just a little delayed and that we get to see them a little more consistently this month. Only time will tell!

Being on M/V Kestrel, we were on one of the fastest boats in the Salish Sea, and we could cover a ton of ground in our trip time allotment. So, we parted ways with the residents and went to check out a group of transient (mammal-eating) orcas, the T65A’s! There were 5 of them, but they were split into 2 and 3. They zigged and zagged and were in stealth mode, and they were likely hunting judging by the way they were spread about and were scanning the waters. We got some close encounters, and we could even hear them breathing! That’s a very special opportunity to get to hear them breathe as they’re so close next to you.

Stellar’s sea lions were last on the agenda, and then we headed home. Today presented us with both ecotypes of orcas found in our Salish Sea waters, and that is definitely not a common day! We felt incredibly lucky to have witnessed it.