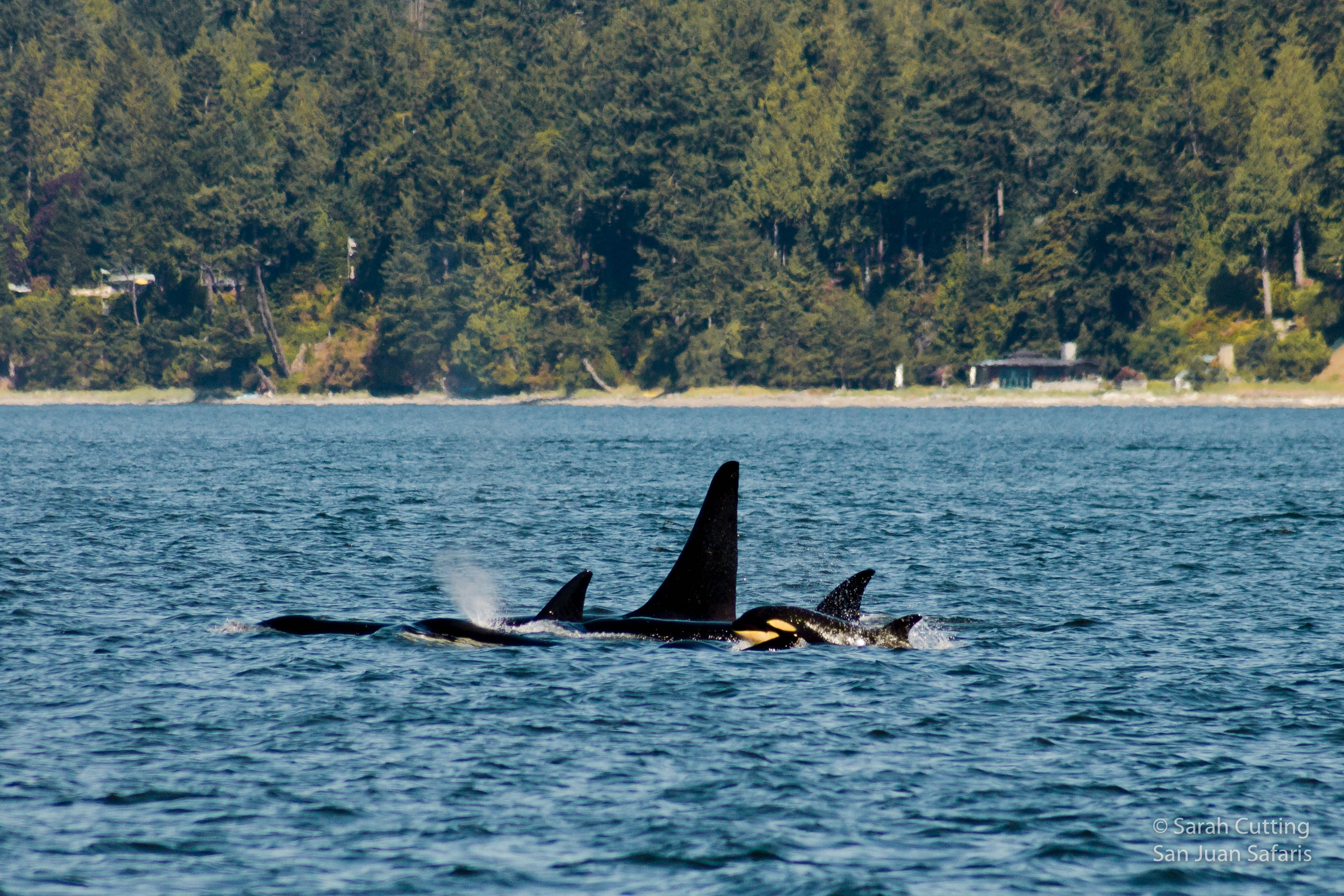 We probably had more whale time on our 2pm Kestrel trip than you could ever ask for, spotting two groups of orcas on three separate sightings during the same 3 hour period!

We started out heading east from Friday Harbor in search of the same family group we spotted on our earlier tour that day. When we encountered the T30s, they were moving through busy Thatcher Pass. They weren’t fazed, though, and kept meandering between the islands even as a ferry slowly maneuvered around them, adjusting its course to their movements.

We followed them as they explored the small passageways between Lopez Island and Anacortes. They traveled, rested, played, and hunted all in the time we were observing them!

We moved north away from the T30s to see what else the Salish Sea had to offer for us. As we entered Rosario Strait, we were surprised by another group of orcas that hadn’t yet been spotted that day by a whale watching vessel! We were thrilled – it’s not every day that you just happen upon a family of orcas. This little trio of killer whales was identified as the T36Bs, made up of a mom and her two calves. We watched them as they zig-zagged from island to island, stalking the shorelines for their next meal.

After following those orcas for a bit, we decided to hit up Whale Rocks for our daily dose of sea lion – and it did not disappoint. Nearly a dozen Steller’s sea lions were hauled out on or hunting around the island.

On our way back to Friday Harbor we were lucky enough to see the T30s yet again! This time they were moving south down San Juan Channel into Griffin Bay. We were even able to confirm a new calf born into the family – brand new baby T30B2, just a few months old!

Check out some photos from today’s encounters below, and feel free to download