The Residents Are Here! 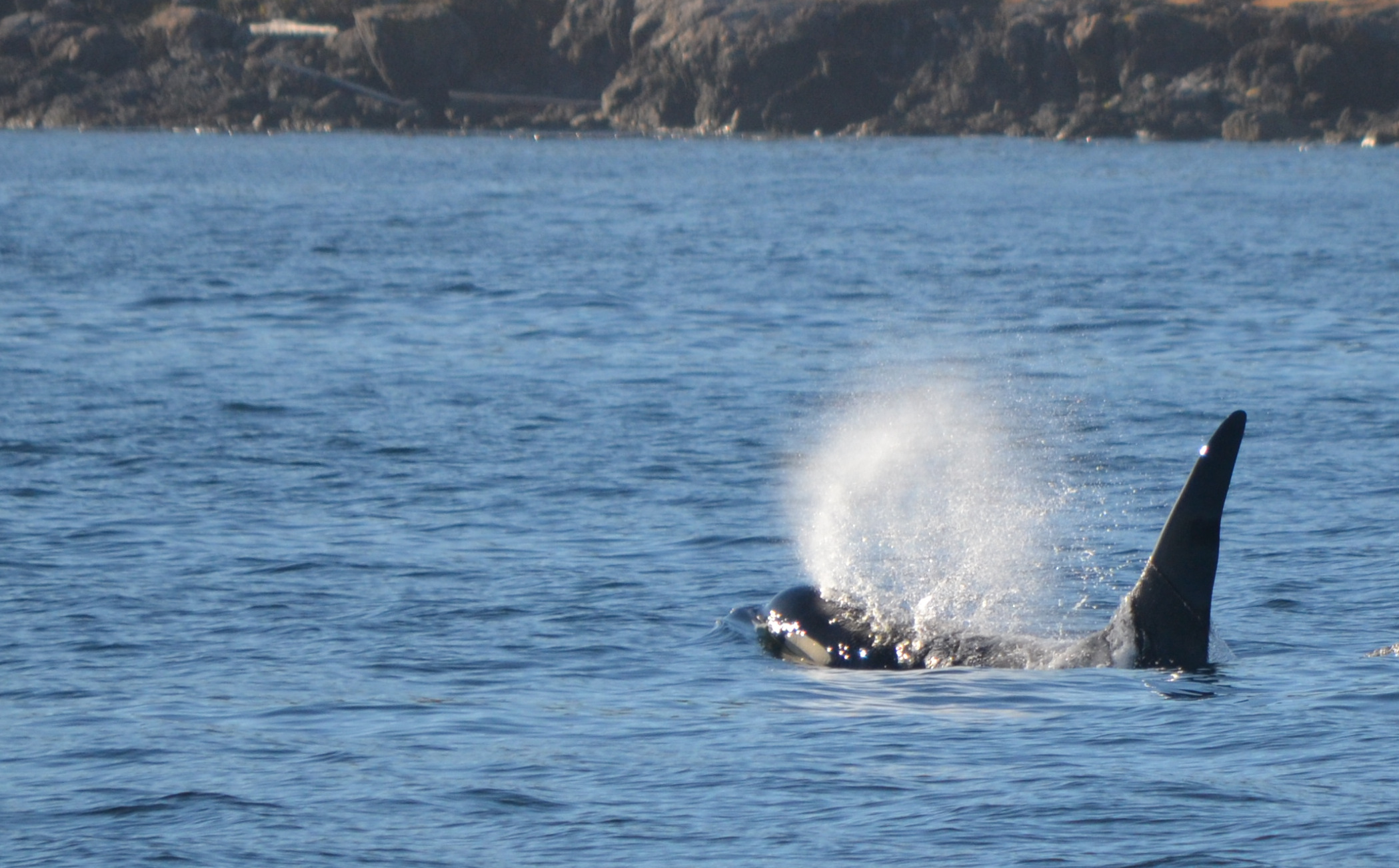 M/V Sea Lion was in for quite a trip today as we left Friday Harbor in search of some wildlife. With good reports early on, we were excited as we headed out to the northwest side of San Juan Island in a beautiful day of sunshine. We bobbed and weaved through the tides and waves and soon arrived on scene. Sure enough, a trailing group of 5 resident killer whales were spotted! Such a special treat, because these whales of this ecotype have been seen in these areas only about 5 times in the last two months, and rarely have they been sticking around for more than a day. Later identified as members of J-pod, we were looking at 5 Southern resident killer whales of what is left of 78 of their ecotype. They were behind the rest of their family group further ahead beyond San Juan Island, but they were still (in relative ocean terms) still in close proximity to the rest of their family group. J-pod generally has about 25 family members to its name, and these few were just simply the slower travelers. Good news for us, because we got to watch them in much calmer waters before they headed out into the northern waters of the Salish Sea. Spotted 3 hours later, these whales were seen in the evening at Active Pass, just beginning to reach the outer limits of our travel range. It’s amazing to see how far these whales can travel in such a short amount of time!

Before they picked up speed to head further out into the sea, we watched them breathing and tail-splashing and enjoying their day. Afterwards, we began to mosey our way home back to Friday Harbor, but not before we checked out some cool, pudgy harbor seals sunning themselves on some rocks and a few bald eagles surveying our boat below them as they perched in some evergreens on nearby islands. There’s no better way to say it, this place really is the best!