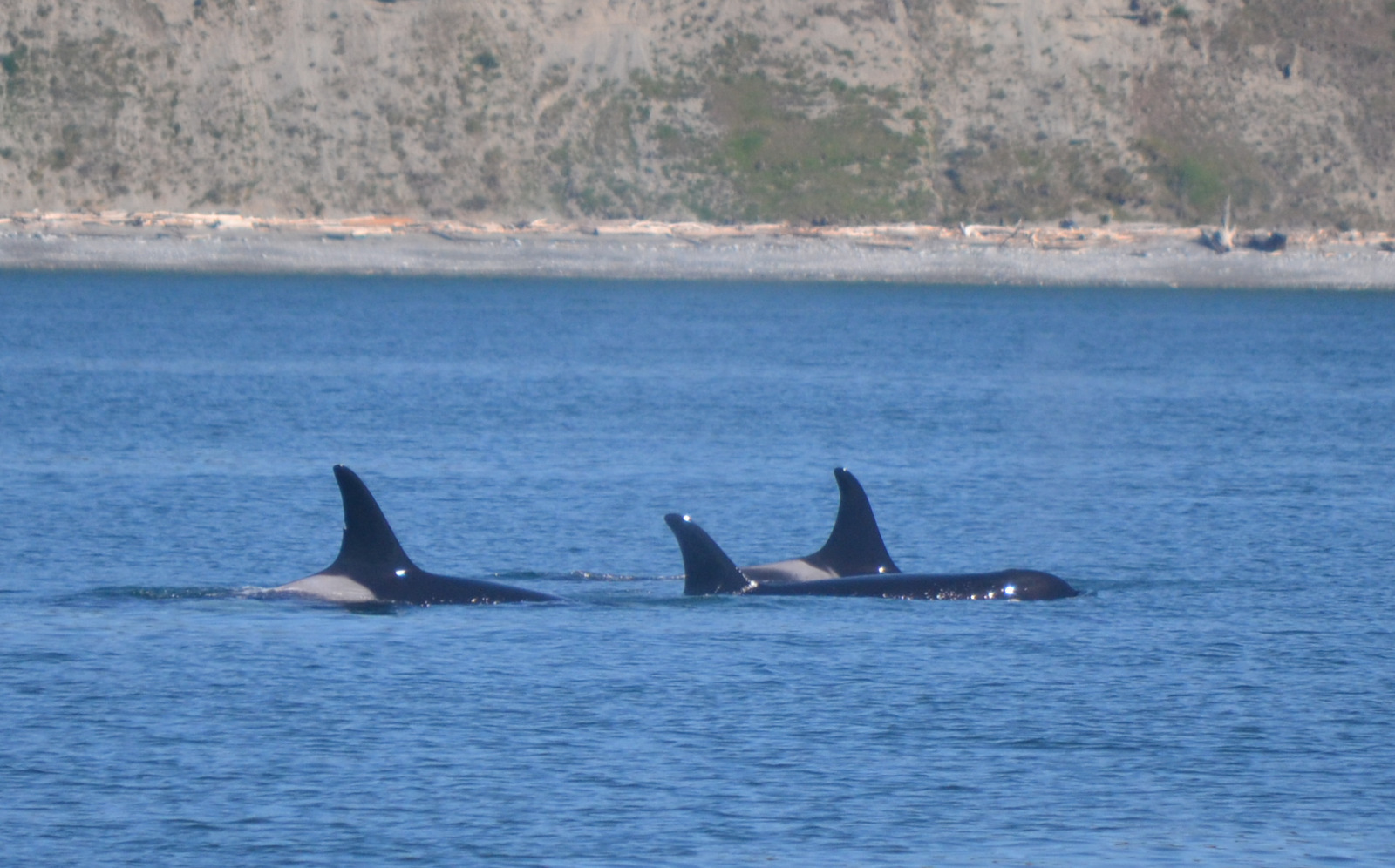 The Southern resident killer whales have returned! Having left North several days ago, they were out of range for whale watching vessels in the San Juan Island region. But the tides have turned, and today the residents were seen just to the southwest side of San Juan Island!

M/V Kestrel, one of the fastest boats out on the water, zipped out of Friday Harbor to the south side of the island, passing Cattle Point lighthouse and reaching near Lime Kiln State park on the west. We approached the scene, just to see the leaders of the resident group giving themselves away with big breaches out of the water! We stopped our vessel to watch them swim past, and they soon surrounded our boat as they spread about and travelled north. Suddenly, they stopped, and just as fast as they were headed north, they flipped direction and headed back south. The group was separated, about 2 miles apart from the leaders and trailers, and they suddenly began to join and merge as a family. Taking longer dives, they began to come closer together, until finally they were swimming and giving big exhales past our boat. We were surrounded by three groups of about 5-10 members, and we were looking in each and every direction to watch them and listen to them. Truly a magical experience!

We had such beautiful encounters that we were able to ID and identify the whales as individuals of J-pod, a family group of about 25 members. Slick, Echo, Sonic, Scarlet, Mike, Cookie, Nova, Blackberry, and more were spotted and identified around our vessel throughout the afternoon as they swarmed past and around our boat. It’s incredible to see these guys and recognize individuals returning back to our area. We have missed you, friends.

Here’s to a summer full of resident orcas!