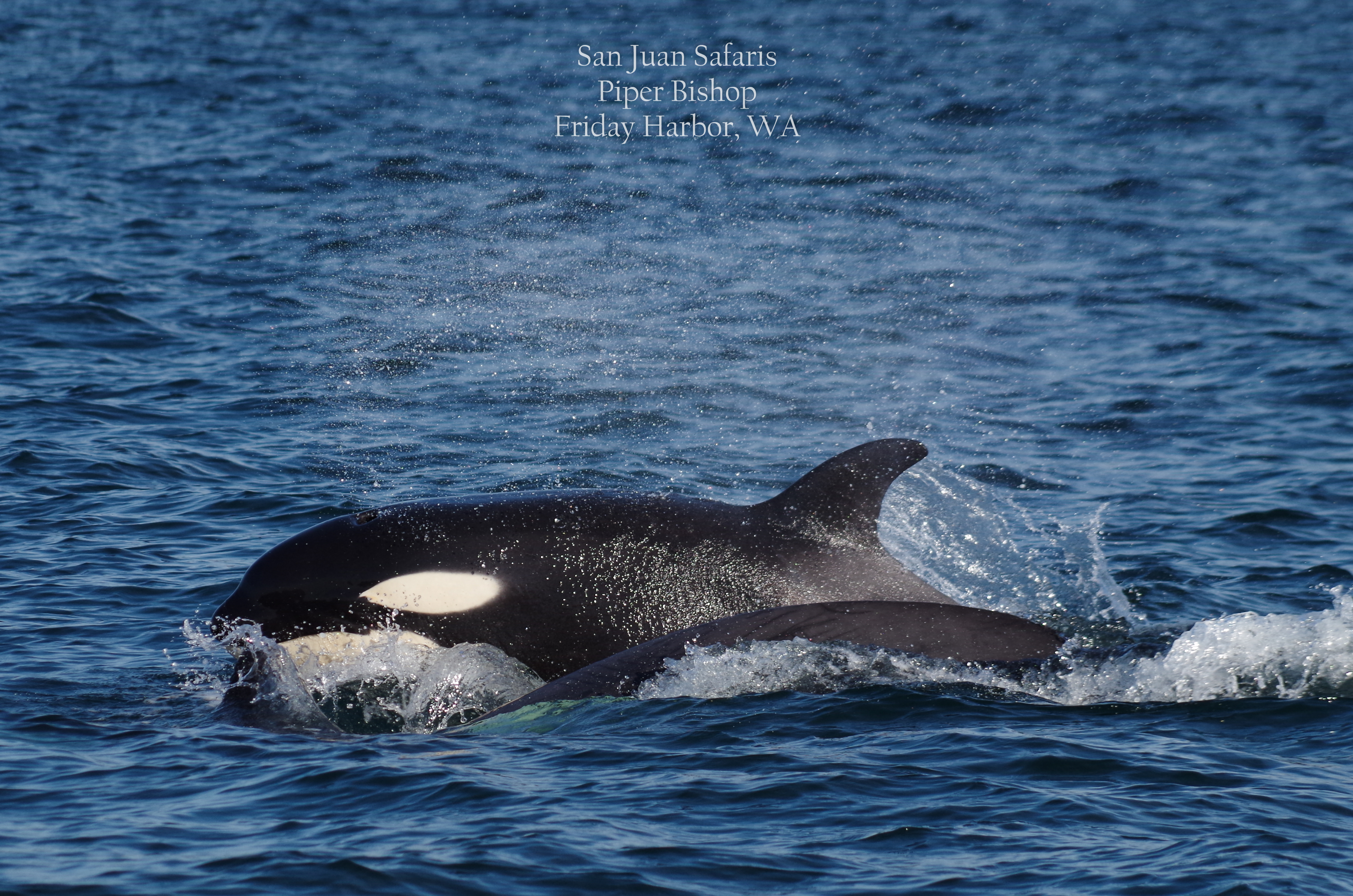 Heading out of Friday Harbor on this autumnal day, the M/V Sea Lion turned south towards a report of Bigg’s killer whales off San Juan Island. After a short ride, we found ourselves at Whale Rocks near Cattle Point. Here we spotted an impressive colony of Steller sea lions, the largest species of sea lion in the world! We listened to them roar and got quite the whiff of their musk before heading south again. 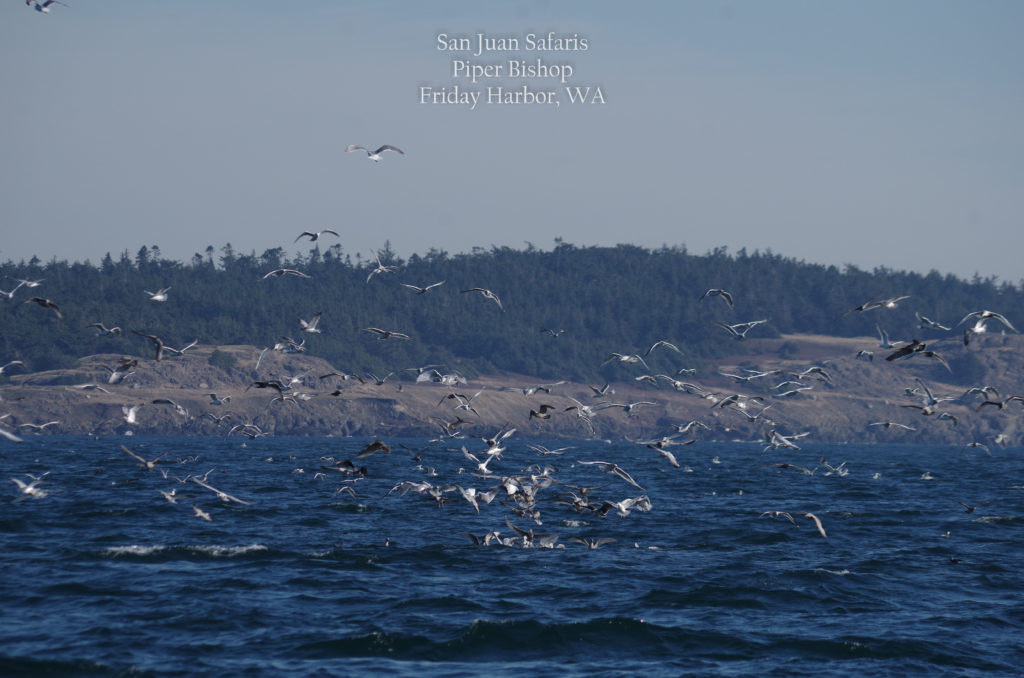 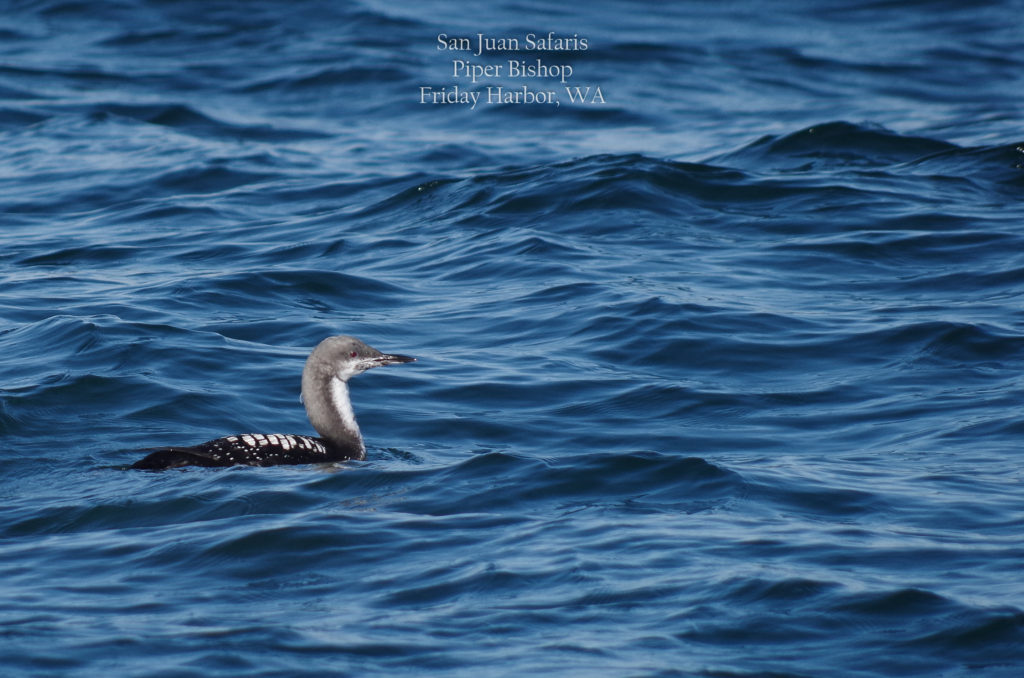 Captain Mike, Naturalist Andrew, and I were thrilled as we arrived on scene with the T2C’s in the middle of a giant bait ball! A bait ball is made up of tiny bait fish which are being pushed to the surface by some sort of predator, and the way to spot them at the surface is by looking for the large congregation of birds swarming the sky and picking off the upper-most fish—what we like to call a bird-nado. These orcas were then feeding off of large marine mammals, like seals and porpoises, that were feeding on the bait fish. There was even blood in the water! 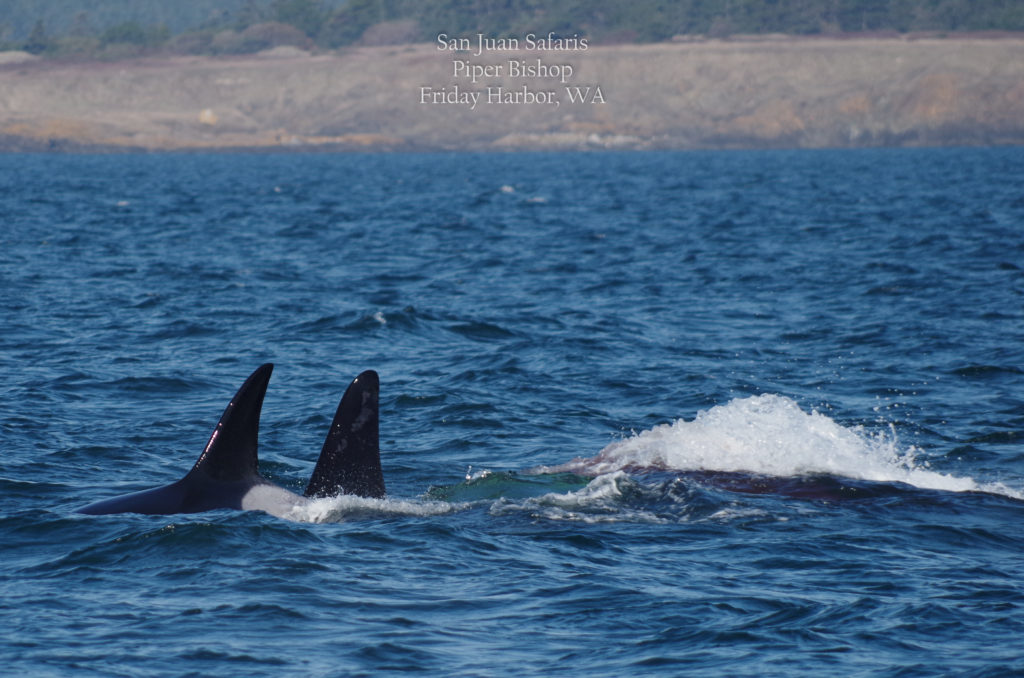 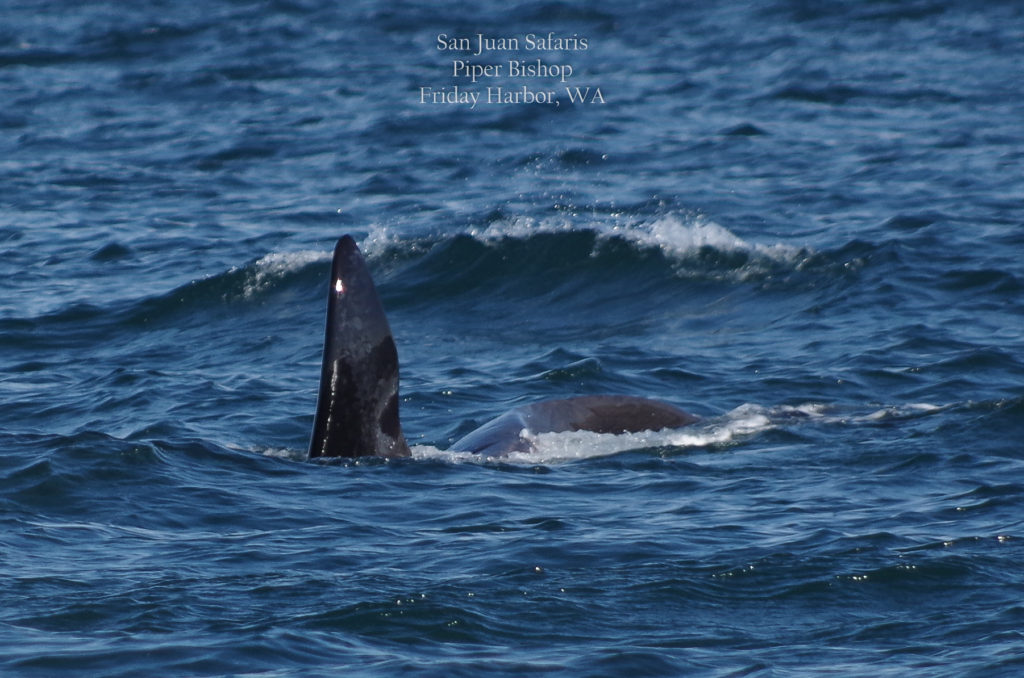 As we observed this family of orcas hunting, they split and were coming up on all sides of the boat, it was astounding—we didn’t know where to look! We watched as the orcas slowly made their way north, the majority of the group would swim ahead and wait as T2C2 caught up to them; this 12-year-old orca has made it as long as he has due to this altruistic behavior of his mother and siblings. Not only do they slow down for him, but they’ll make sure he gets a share of their kills.

Once it was time, we headed the short distance back to Friday Harbor, spotting a few Steller sea lions along the way—what a fabulous day on the water! 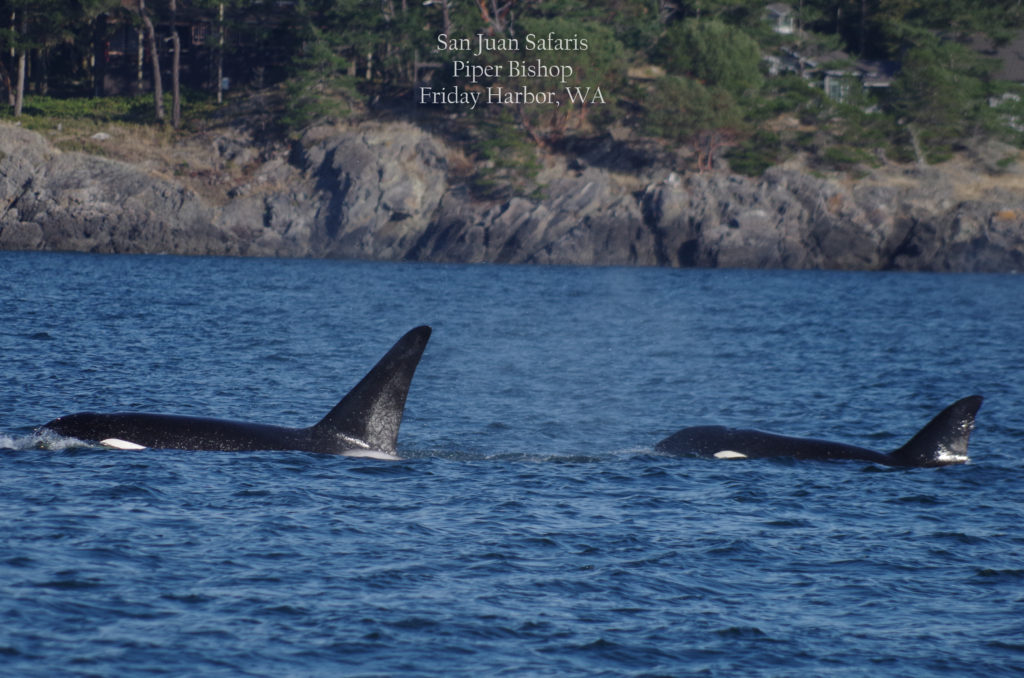 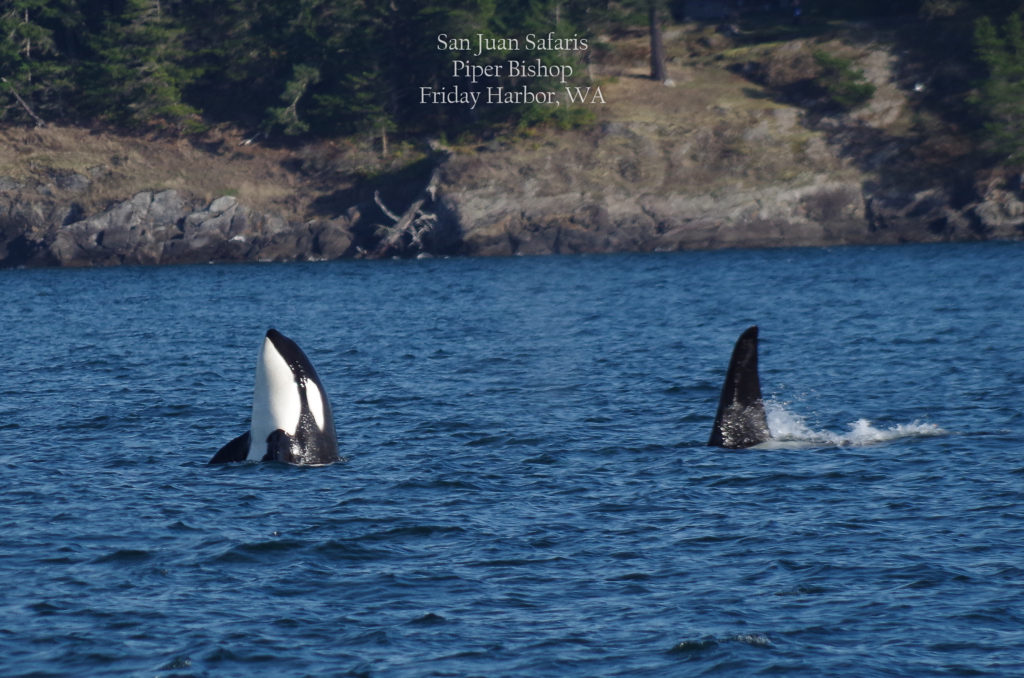 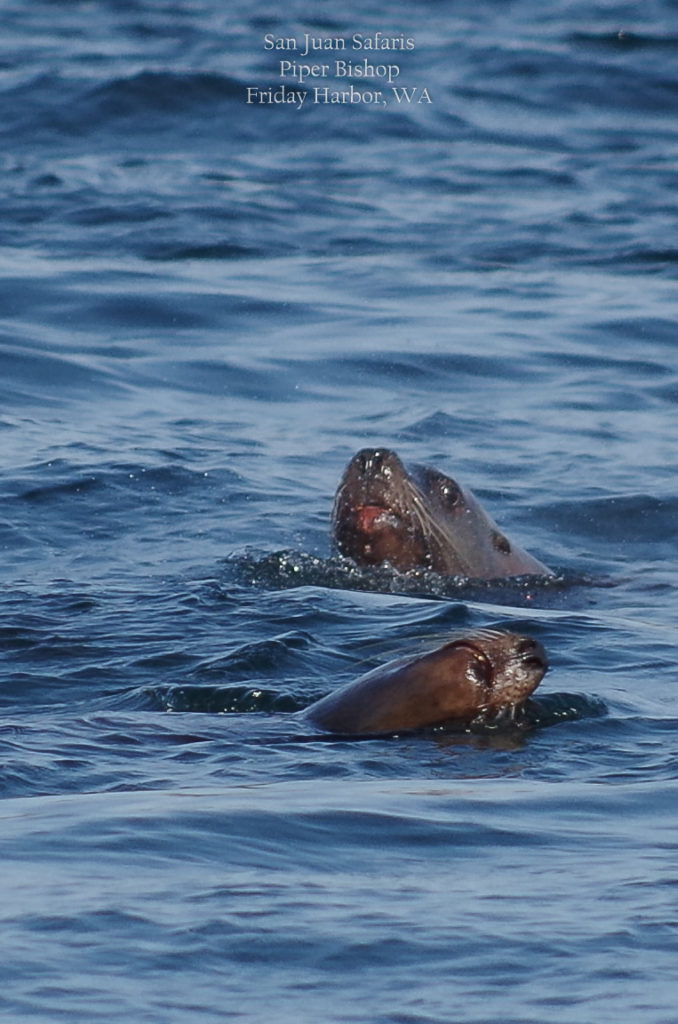