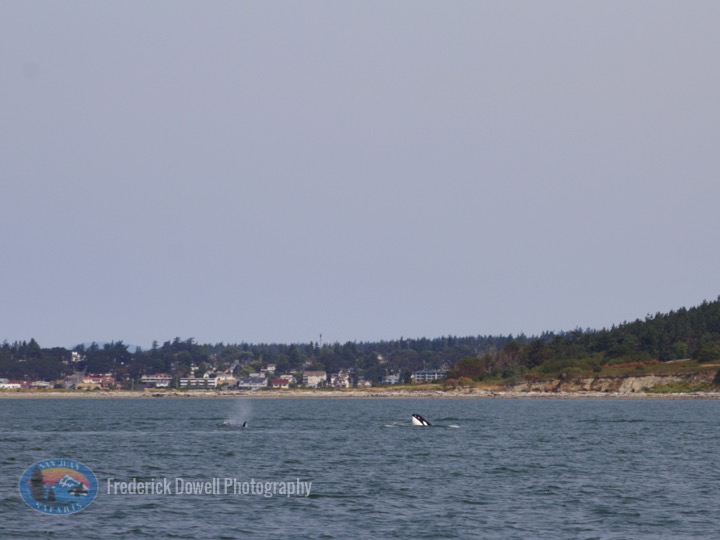 Today, Captain Gabe and I took a morning crew to go on a search for whales and wildlife starting from Friday Harbor. We headed south aboard M/V Kestrel. We went south through San Juan Channel. We first stopped at Whale Rocks to take a look at some pinnipeds hauled out on the rocks. We saw both a lot of Harbor Seals hauled out and a few Steller Sea Lions. These Sea Lions usually only spend their fall-springtime here. During the summer months they are elsewhere in the north on beaches, mating. These have come back early and were enjoying the very warm sunshine on this day. These guys are huge! The males can weigh over a ton. After we looked at these we headed further south and stopped at a bait ball forming south of Lopez Island. This is when a huge group of birds finds a school of small fish just below the surface, so they go bananas trying to eat them.

After watching this bird-nado we headed east and went through Deception Pass. This is a very narrow but very tall pass that was created by an ancient fault line. We passed under its enormous cliffs and the bridge that spans the gap. We headed through and went south. After rounding Strawberry Point we saw a family of Transient (Bigg’s) Orcas! It was the T46s and they were on a kill! These Transient Orcas hunt marine mammals and their main food source in these waters is Harbor Seal. We watched this family group wear this seal down and it even popped its poor head above the water before it was dragged down again. After the deed was done, the T46s began to socialize a little bit, so we saw some splashing and even a spyhop! After all that excitement we had to make our way back to Friday Harbor.

Whale folks that it for now, 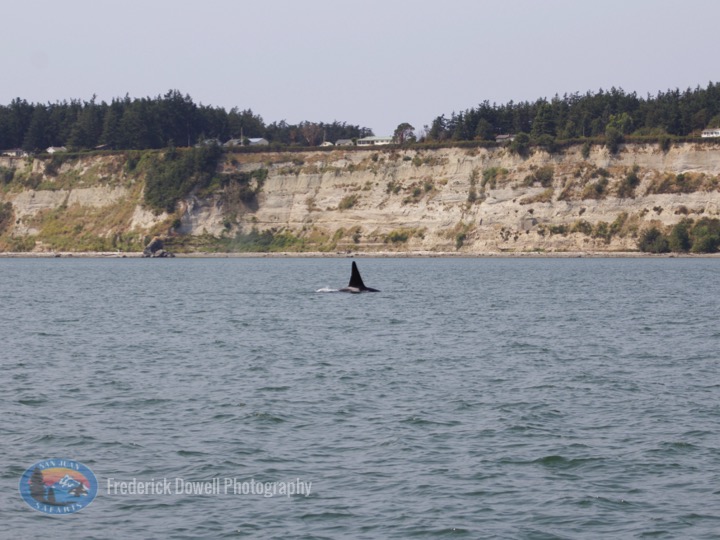