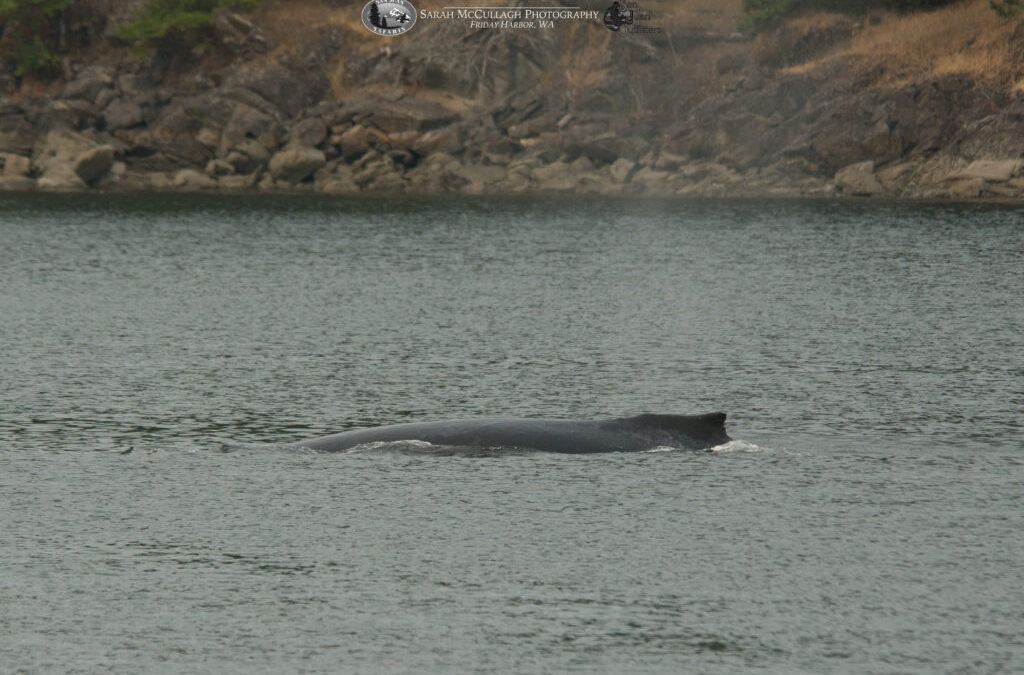 We left Friday Harbor on Friday in search for some more whales and cool wildlife in the Salish Sea despite the haze. The wildfires are still going on north of the islands in Canada and the wind has shifted the smoke in our direction. The smoky haze mixed with the normal fog of August makes the islands seem otherworldly and has created some spectacular sunsets though.

We started north with Captain Pete, Sarah M., a group of great folks, and myself. Our first stop was at Flattop Island to look at some of the adorable Harbor Seals, as well as their pups, and some majestic Bald Eagles. Flattop Island, like many of the smaller islands here, is completely protected. No humans are allowed on the island so these refuges are a great place to come stop by and look at a variety of wildlife living it up on their own little personal islets. We saw several bright-eyed Rock Sausages (aka Harbor Seals) lounging on the rocks and even a few pups scattered about too. The pups only stay with their moms for a few months before they have to survive on their own. We watched the pups scoot around their moms then looked up higher on the island to see a few adult Bald Eagles calmly perched. They were looking down at the placid waters below as pigeon guillemots dove deep to find their own meal. The Eagles, though, had to hope for a fish to show closer to the surface for them to have a chance at catching one.

We headed north from Flattop Island towards Stuart Island and the Canadian border. We soon saw a blow way off in the distance across the border. We headed towards it and South Pender Island on the Canadian side of the line. We soon arrived in Bedwell Harbor to find a fairly young Humpback Whale. We don’t know the age, but Humpbacks usually only stay with their mothers for one year so this one was at least a year old. In that year they complete of a full migration of several thousand miles and double in size, so this young one was still around 30 feet long. He/She looked like it was exploring. Now that it’s on its own it needs to find food by itself, and you’re only going to find it if you look. This young one swam through this deep, but at times narrow cove, looking at all the nooks and crannies. The whale eventually made it to the end, turned around, and swam back the way it came. 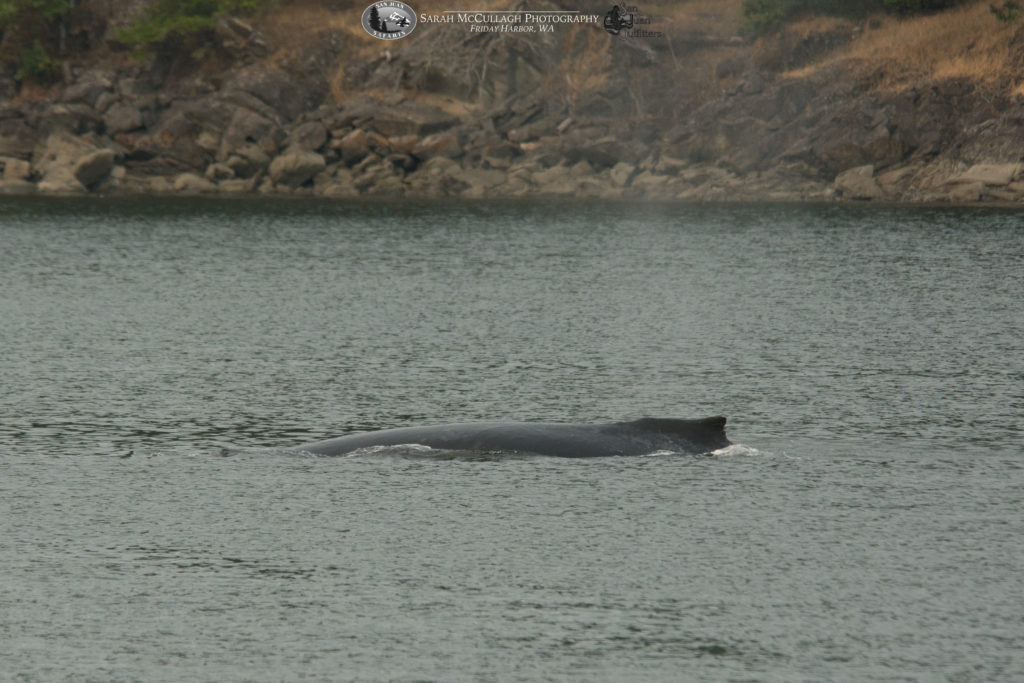 It was great to see this young one so curious in its new environment and we’re pretty sure this one was new to this area because we could not match its fluke markings with any in the ID catalog for this area. So, we hope we see this little guy again soon, and until next time whale folks, have a san juanderful day. 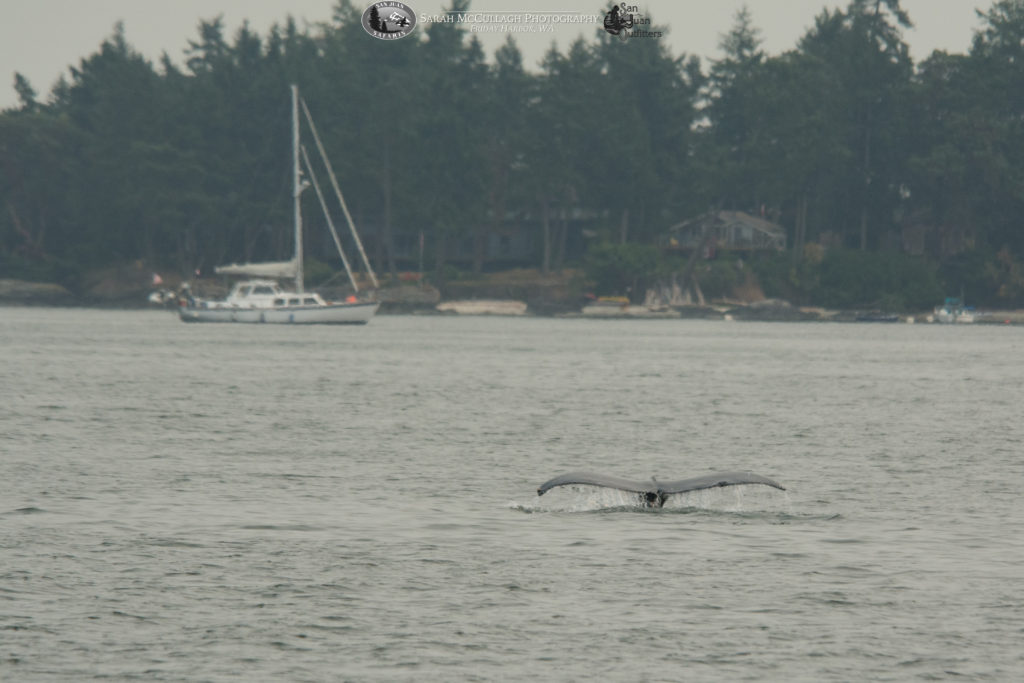 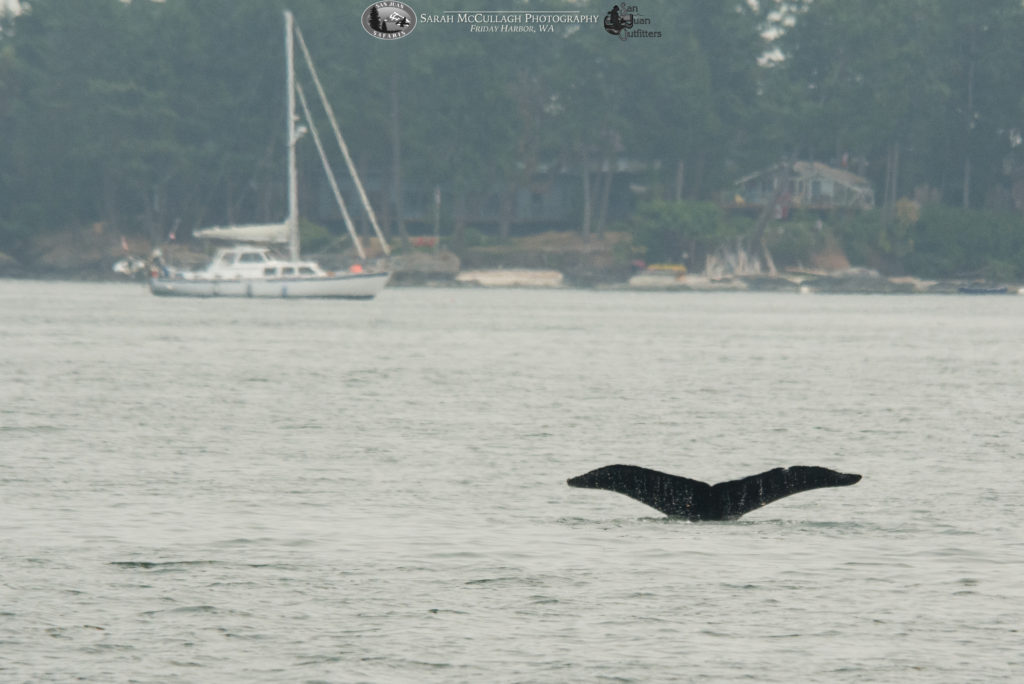