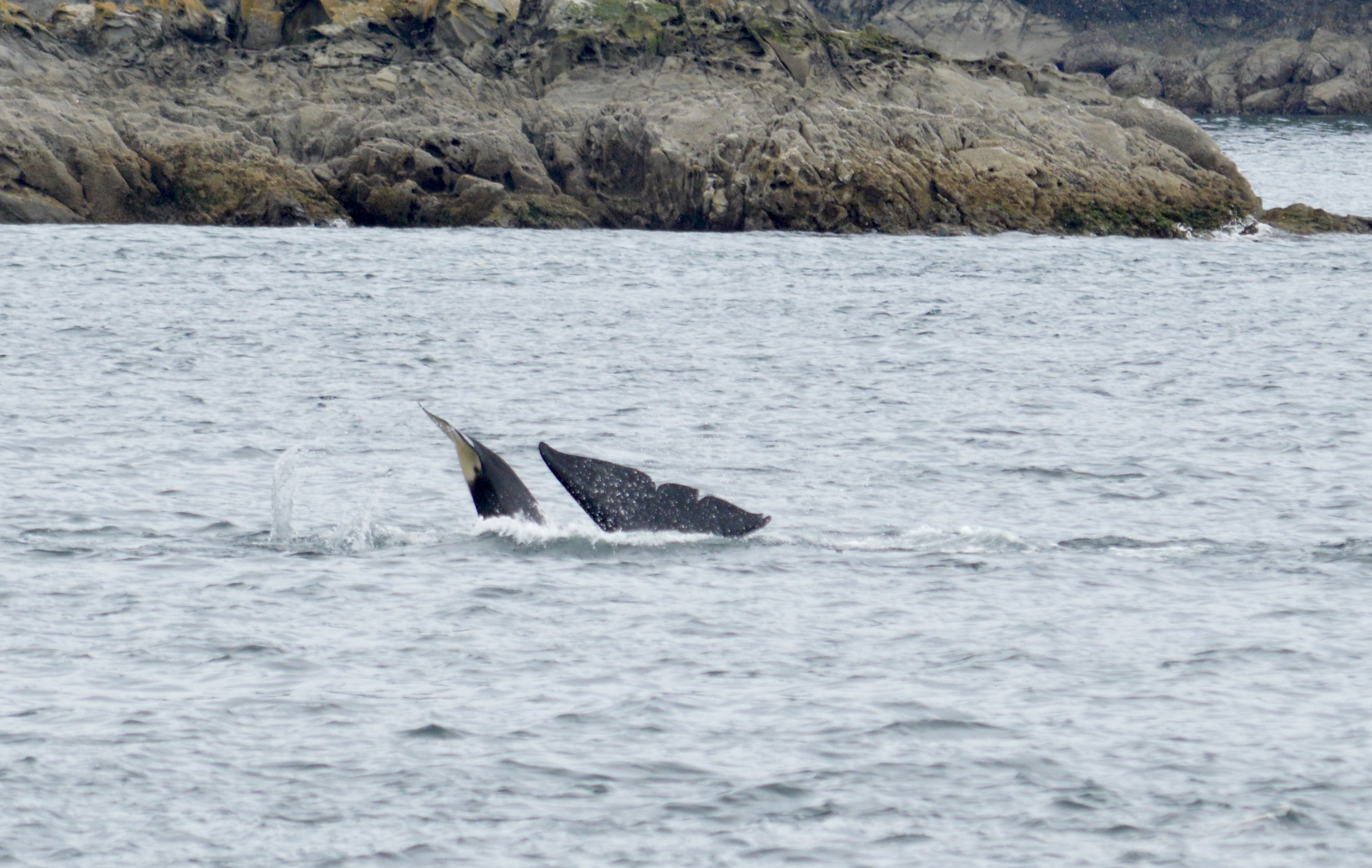 This afternoon, Naturalist Lauren, Captain Mike, and I headed North toward a report of transient killer whales. We ended up with them in Canada just off of Blunden and South Pender Island. As soon as we got there we knew this was going to be a good sighting.

Transients are not known for being highly active. As mammal-hunters they do have to be quite stealthy if they’re hunting. Mammals, unlike fish, will hear and react to orcas in the area. These guys however, must have eaten just before we got there. It hadn’t even been one minute with them in view before we saw a breach. That was followed up by continuous tail slapping and rolling at the surface. I’m not sure that I’ve ever seen so many orca flukes in one day.

This was a group of two matrilines, probably a total of 7 animals. Although a lot of our interpretation of their behavior is speculation, I would say that this group was in quite a playful mood today. With two young calves, it is not unusual to see whales playing with food. I assume, that they had made a kill and were passing bits and pieces around the group. Not only is this fun, but getting their teeth on some prey even though they may still be nursing, is absolutely essential for young whales. This is how they’ll begin to learn how to be an active and useful hunter in the pod.