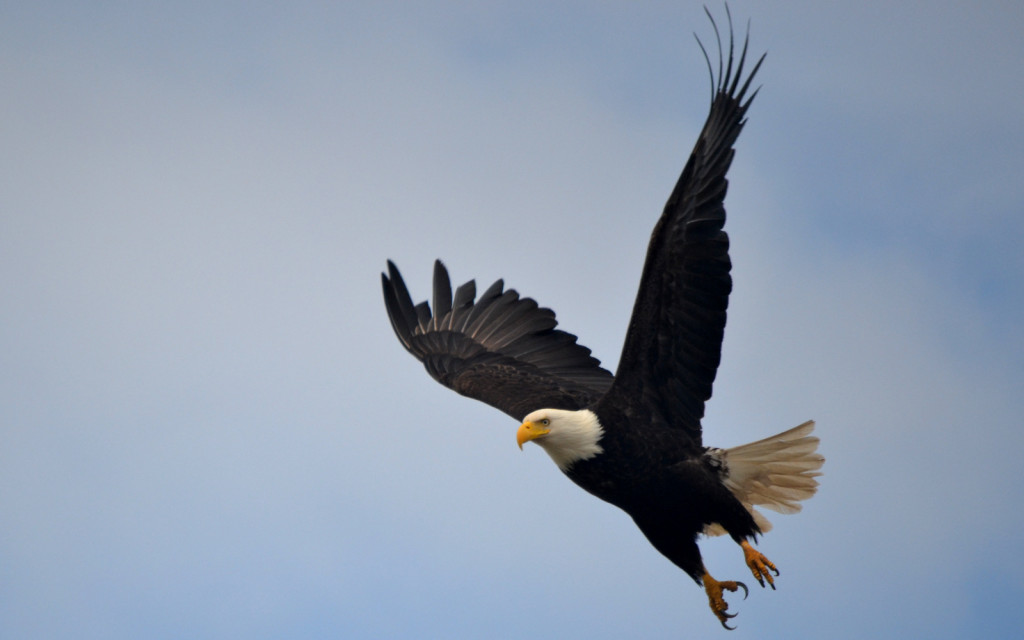 Most people come to the San Juan Islands for one reason – Orcas – but the this area is very bio-diverse place sandwiched between major urban areas so its uniqueness never ceases to amaze me. Yesterday (Saturday) Captain Jim and I went south with some great guests, a few who had never been on a boat before in their lives. How exciting! We made a few stops to see the variety of Harbor Seals lounging on the rocks, hunting in the kelp forests, and a bunch of new baby seals calling for their mothers. Next we went out into Haro Strait to find whales! This deep glacially made trench can be more than 900 feet deep in places but throughout it there are underwater mounds that rise towards the surface without breaking it. These mounds force nutrients and food towards the surface so they are a favorite place for birds and marine mammals alike to find fishy meals. We stopped at a few of these mounds, saw huge bait balls with hundreds of birds feasting and Seals and a few young sea lions popping up in the middle of them faces full of fish! And then out of nowhere a Minke Whale busted the surface! These guys are another cosmopolitan species like orcas, but these whales are baleen whales so they filter feed and are predominantly solitary. We still don’t know much about these mysterious whales mostly due to their speed and their lack of popularity among whalers back in the day. But we do know that there are different subgroups all around the world in every ocean, and that when they do aggregate they are very selective on sex, age, and phenotypic characteristics. After watching these Minkes for awhile we headed back but not before we got to see a Bald Eagle nest complete with baby bald eagles and swooping mother Bald Eagle and a Golden Eagle!!!!! In three years I have only seen a Golden Eagle twice in this county. So exciting! Even when there aren’t Orcas prowling the waters, there are still literal tons of amazing things to see!