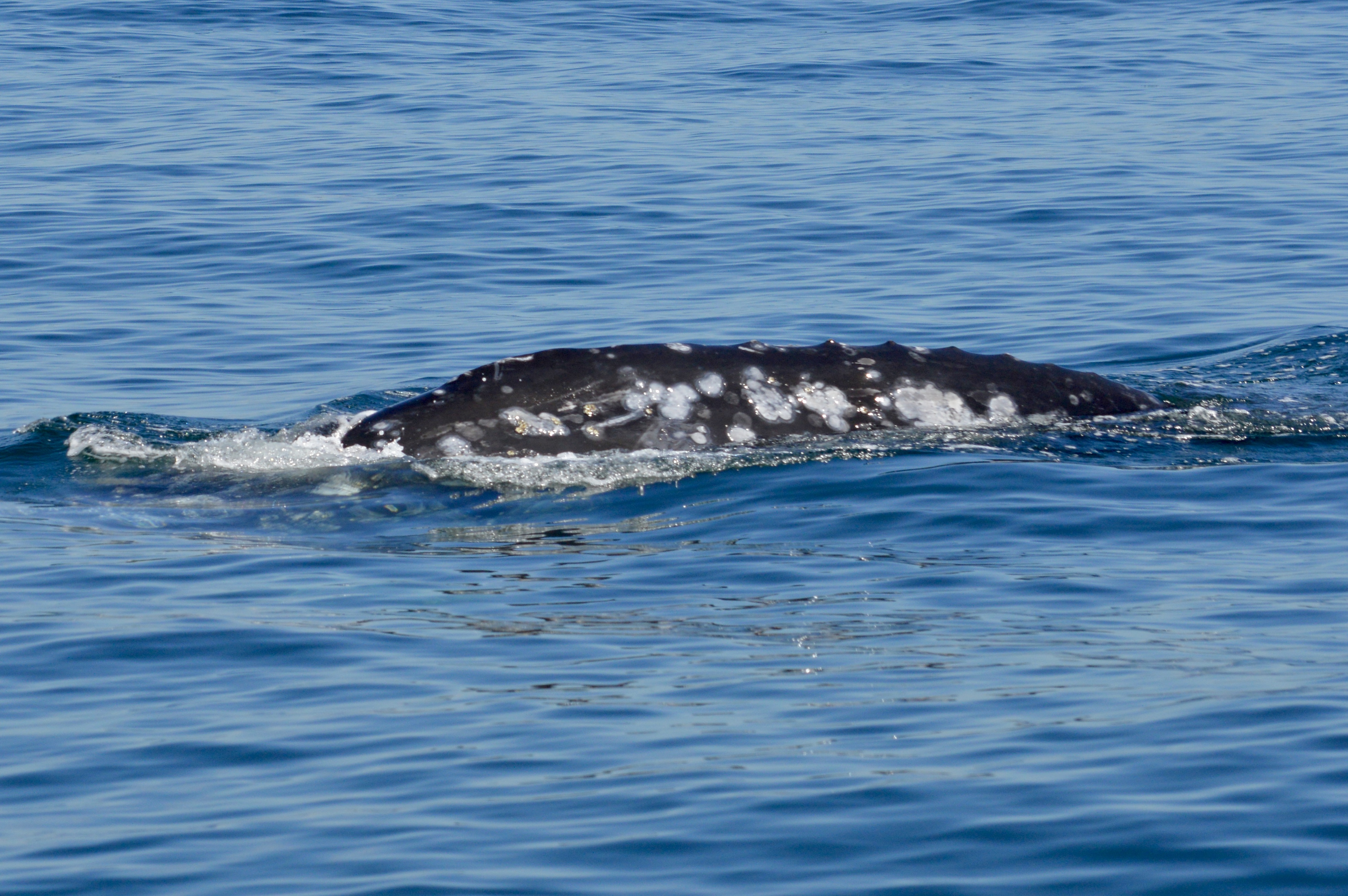 Tonight’s sunset tour started out a little bit rough. As soon as we hit cattle pass, we were reminded of the classic Cattle Pass chop. With two currents coming together, it often gets a little swirly down there. Although it didn’t smooth out completely past the lighthouse like it often does, it was more manageable, and at least we weren’t getting any sea spray!! By the time we reached Eagle Point, we had caught up with the pair of (incredibly rare to the area) gray whales that we had encountered on the afternoon trip. Guests were astounded by their size (49 feet), despite the fact that when a gray whale surfaces, you usually only get to see a small portion of its body. After hanging out with these guys for a little while, we carried on our way north–Captain Mike decided that we would circumnavigate all of San Juan Island tonight!

On our trip north we encountered many a seabird, including Red-Necked Phalaropes, Rhinocerous Auklets, Heerman’s Gulls, and a few more. We even got a picturesque look at a pair of Bald Eagles at their nest on Battleship Island. As we rounded the north end of the island, we cruised over to sentinel rocks to check out some hauled out harbor seals, as well as some Black Oystercatchers. Of course once at Sentinel, you can’t possibly skip over Speiden Island–in my opinion, one of the most beautfiul San Juans. Not only did we have the sunset illuminating the already golden hills of Speiden, but we also got some great looks at the non-native mouflon sheep and fallow deer, one more Bald Eagle, and a harbor seal with her flipper wrapped around her little pup! We ended with that as a high note and enjoyed the rest of the sunset as we cruised back in to Friday Harbor.