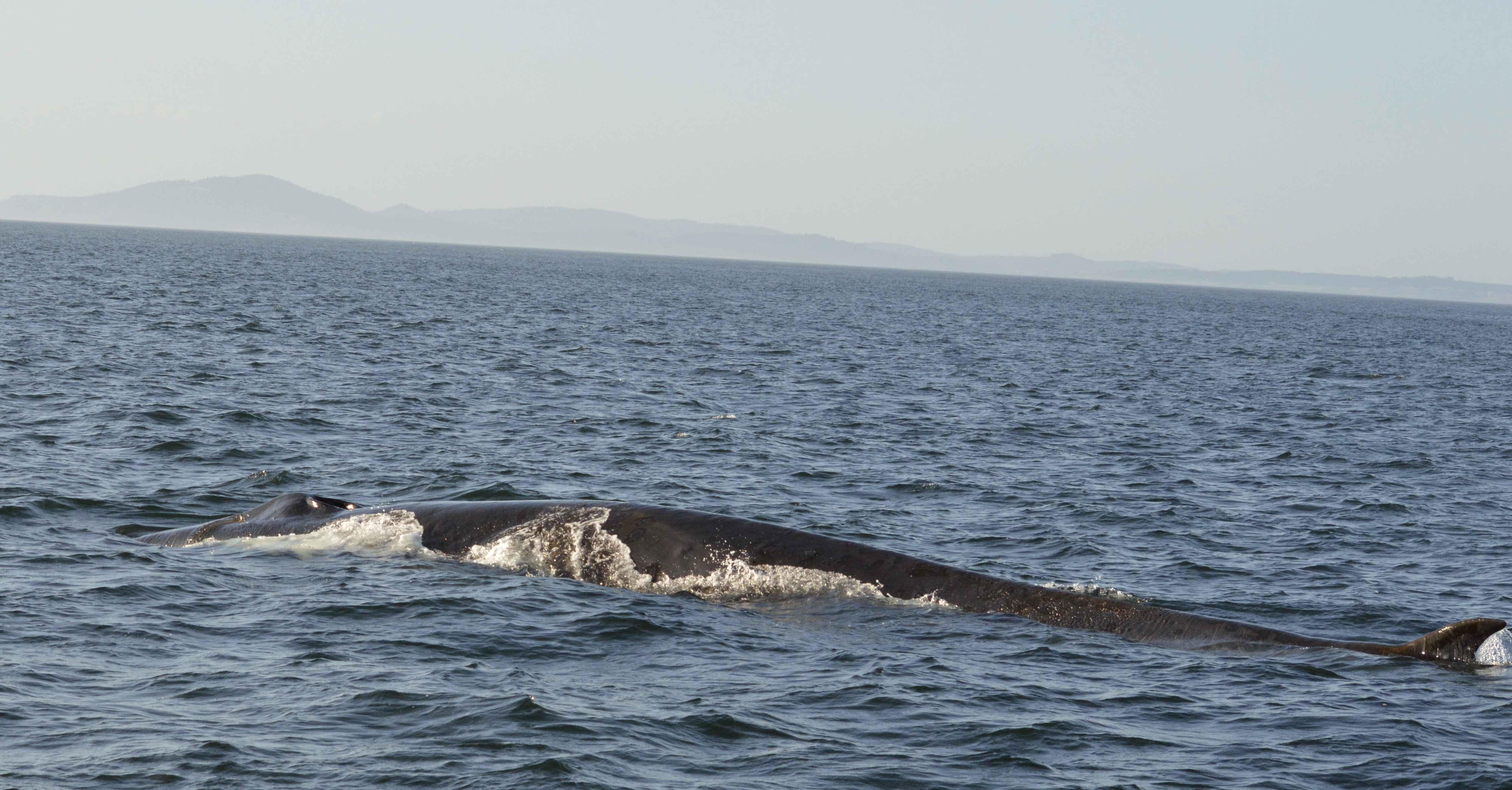 Captain Mike and naturalist Erick and I departed Friday Harbor for a long trip out past Hein Bank (the middle of Haro Strait). There had been reports of a few humpbacks as well as a fin whale. I was dying to see this fin whale, but I thought that it had moved too far west for us to get to. We saw some humpbacks in the distance, and finally had one closer that we stopped to watch. Shortly thereafter I recognized the dorsal fin–that of a fin whale!! I may have accidentally screamed. I had never seen one before today! Fin whales are very rare in the Salish Sea, which I emphasized throughout the trip in hopes that the excitement that I felt would spread through the crowd.

Fin whales are the second largest whale in the world, often 80-90 feet full-grown. Not only are they one of the largest, but they have incredibly cool patterns on their skin! They are known for having asymmetrical coloration on their lower jaw or throat. One side is white, the other is black. They also have a beautfiul chevron pattern on the top of their head. This can be any variation of white, black, gray, or even tan streaks running across the whale’s head. In fact, this is the way that scientists can identify individual fin whales. Each one has a unique pattern, much like the ventral fluke pattern of a humpback, that dorsal fin and saddle patch of a humpback, or the fingerprint in a human. What an exciting day in Haro Strait!