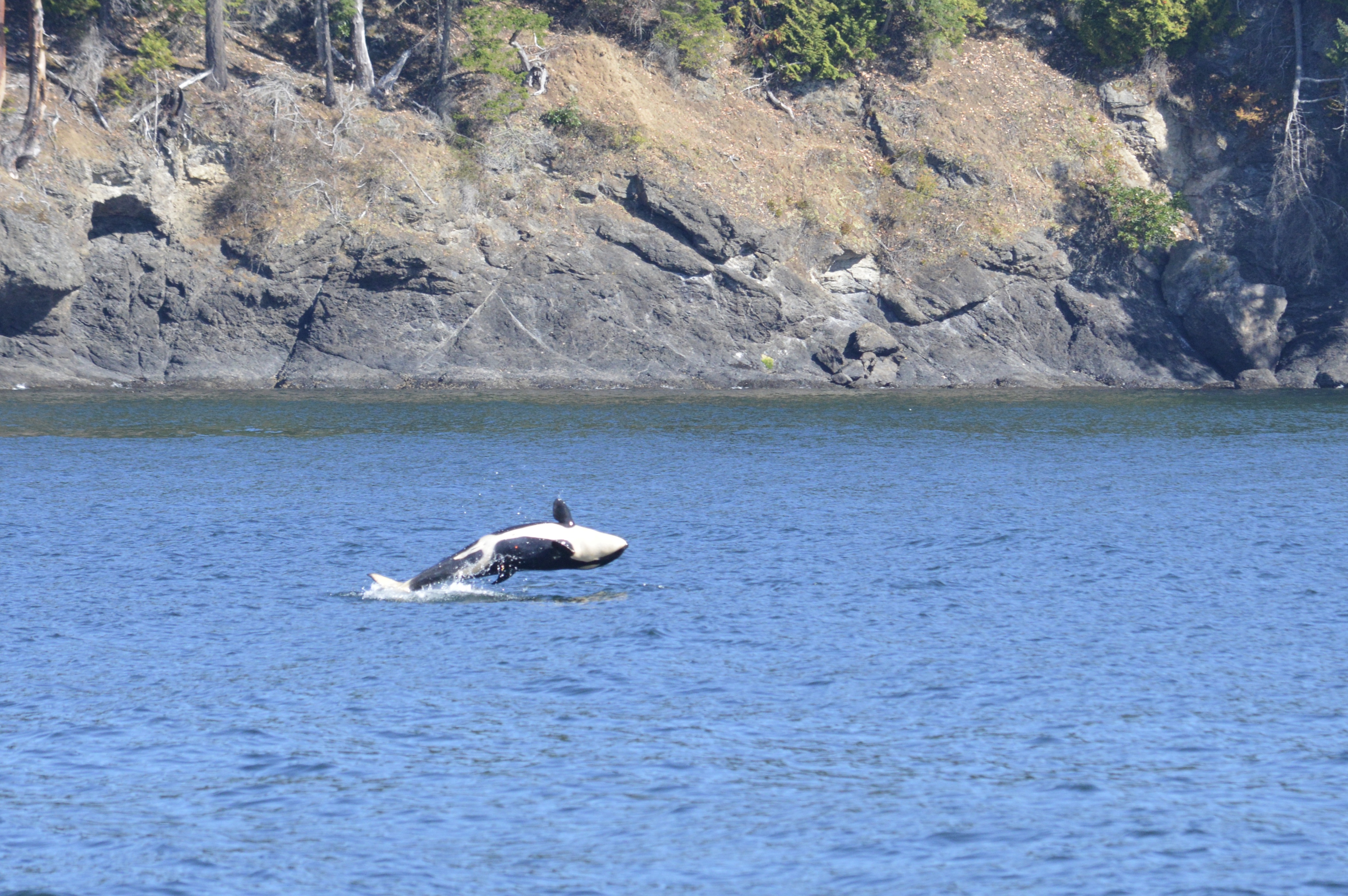 Captain Jim and I set out on our first trip of the day on M/V Kittiwake expecting to drive for 1.5 hours before getting to any whales. The most recent reports were that they were 10 miles north of Patos Island, but heading toward us. It was doable, but it was going to be a bit of a hike, and if they decided to change direction, they would very quickly be out of our range.

Luckily, within minutes of leaving the dock, they were within 2 miles of Patos! And another 10 minutes go by, rounding East Point! Finally, after just 45 minutes of driving, we ran in to them at Monarch Head on Saturna Island. Before even coming upon the slow approach zone (a certain distance to whales that you must reduce your speed), we could see breaching. We knew this would be a good one. They continued this pattern of surface behavior after surface behavior for quite some time.

Immediately upon arrival I thought I had recognized some of J pod, but also shortly thereafter noticed L92 Crewser. He’s arguably one of the most distinct, with a dorsal fin that exaggeratedly curves toward his caudal (or rear) end at the top. Traveling with him was his aunt L90 Ballena, as well as the L47s, including L122–who has yet to be named! Until they are a year old, SRKW do not get common names. Killer whale calves are vulnerable for their first 6 months to 1 year. After they’ve made is past 12 months though, we assume they’ll make to a normal adult life span, and the naming contest begins! Whale museum members can submit name suggestions to each calf that was born over the course of the year. The Whale Museum decides on finalists, and then the public gets to vote! Here’s the link! http://whalemuseum.org/pages/name-the-babies

The best contenders this year, in my opinion, are Kismet for J53, Dipper for J54, Magic for L122, and Obsidian for L123. But don’t take my word for it. Or do. Either way, take a look at the name options, read the meanings, probably agree with my choices, and then send in your vote!!