A crazy day with resident and transient orcas in Haro Strait 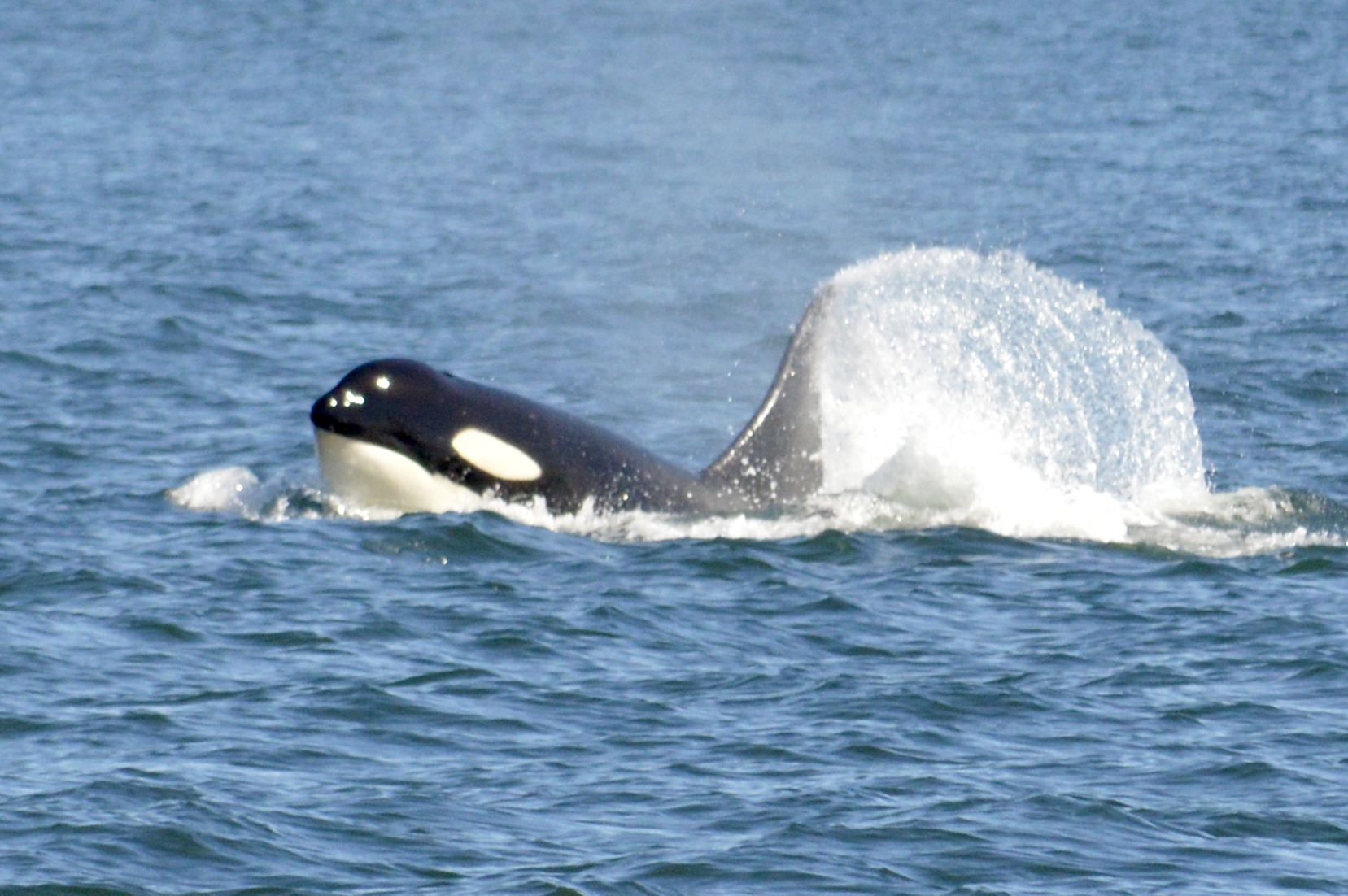 This afternoon, Captain Mike, Naturalist Hannah, and I set out for our 1:30 trip. On the west side, we caught up with the K12s, a group of 5 and K13s, a group of 7. Right away, we noticed that they were moving very quickly toward shore. We weren’t that surprised by their speed because the tide was coming in, and pushing them a bit. This also means that salmon may have been also getting pushed up close to shore.

Sure enough, we began seeing a lot of foraging behavior. In fact, I even caught this photo of K33 Tika with a salmon in his mouth! K pod is finding food–yay! 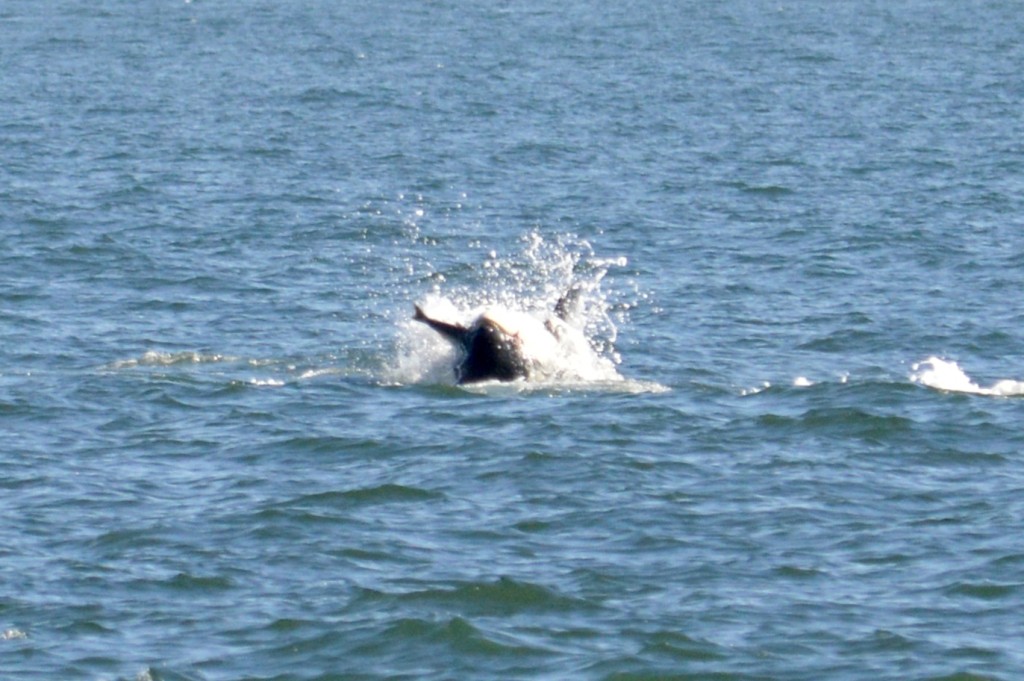 After getting some awesome looks at this group of 12, we set off back toward Friday Harbor, but not before checking out some giant Stellar sea lions hauled out at whale rocks!

On our 5:30 tour, we head in the direction of a group of transients or Bigg’s killer whales, the T65As. These are the mammal-eating ecotype. Almost immediately upon our arrival on scene, I saw a porpoise surface about 80 yards in front of these whales and hoped for a show. Roughly 5 seconds later, the two whales in front, T65A3 and T65A4 started porpoising. Porpoising is a high energy, high speed behavior in which the whales come further out of the water than normal while moving forward. This allows them to reduce drag and move at speed of up to 30 mph–we see this most often in pursuit of prey. At the same time, T65A, T65A2, and T65A5, who were taking up the rear, found another porpoise. In fact, T65A2 punted it out of the water. T65A then seemed to encourage T65A5 (2 years old), to take a turn. Sure enough T65A5 tried its best, and was able to expel the porpoise 3 feet out of the water by ramming it with its rostrum.

I didn’t know where to look because this group had two different porpoises in different places, and both groups were breaching, tossing, and going crazy with their prey. If anyone that was on the water last night is reading this, whether you were on the boat with me, or on a nearby boat, I sincerely apologize for my screaming. It was just too exciting, I couldn’t contain myself. In fact, I didn’t even get any great pictures because I was shaking too much. 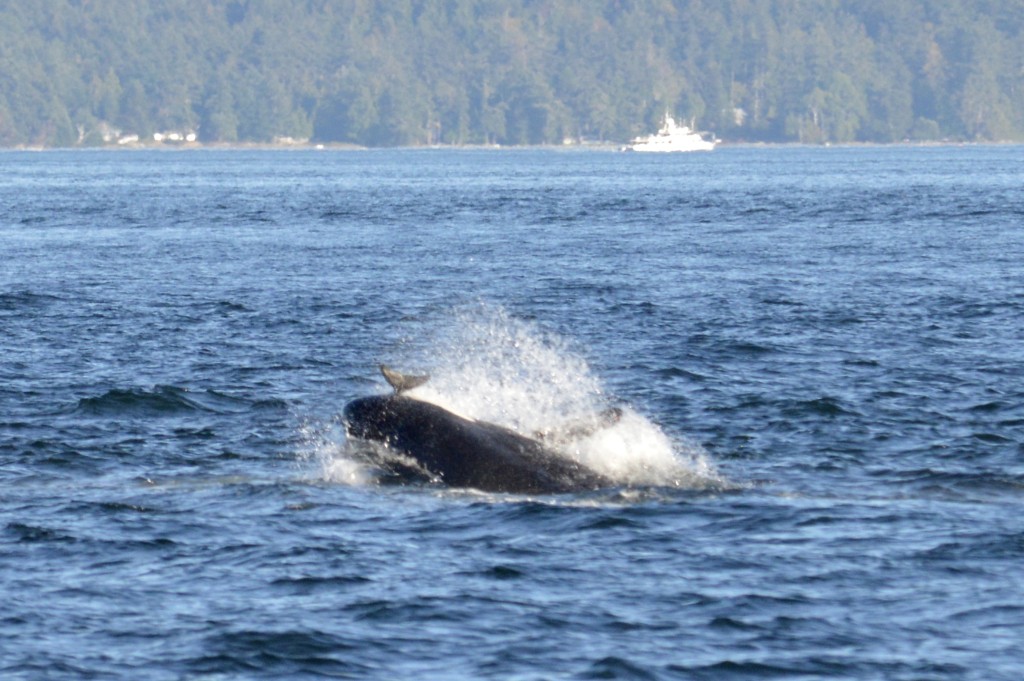 This is T65A with a porpoise in her mouth–look at its tiny flukes sticking out! 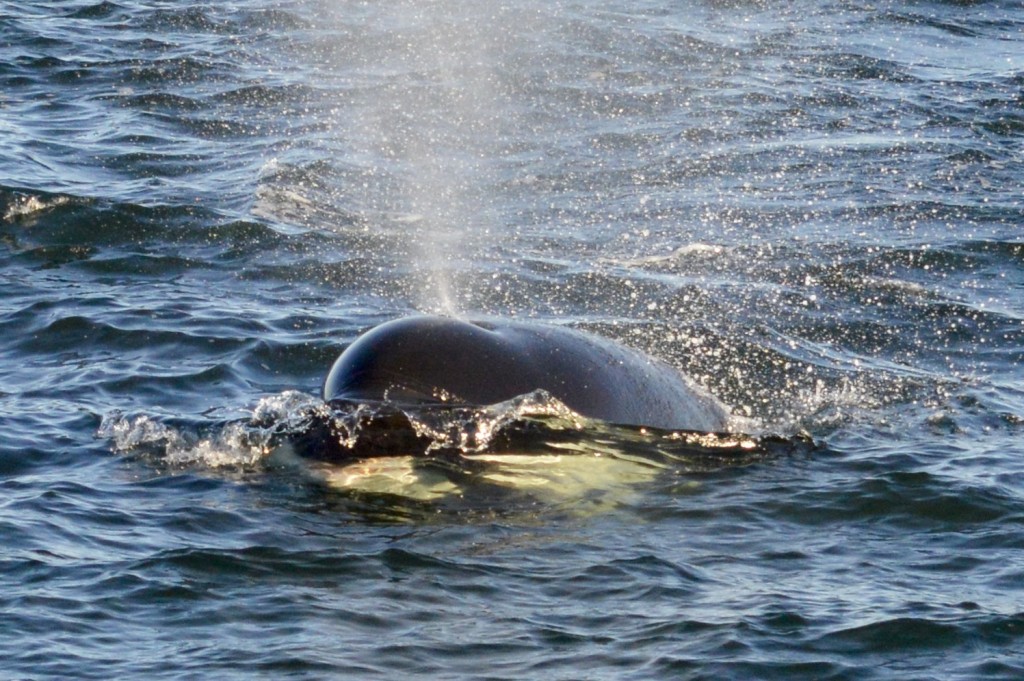 T65A swimming past us with a porpoise in her mouth under the surface–do you see it?!

This may have easily become the best whale watch I’ve ever seen. At least top 3, and definitely best of the season.