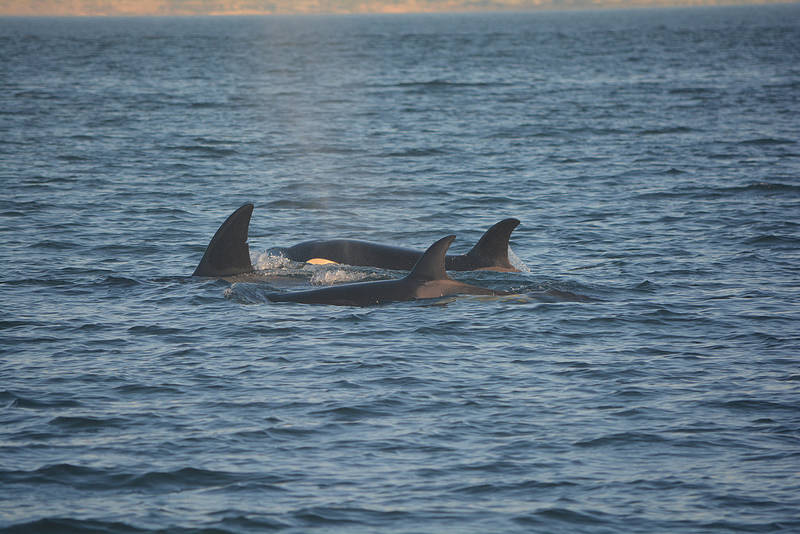 Our sunset cruise this evening took us south for a report of transient killer whales milling around Smith Bank. We turned out of Friday Harbor and headed south, boating past Griffin Bay and Cattle Point Lighthouse into the Strait of Juan de Fuca.

We continued south until we were alongside Whidbey Island. Before long, we got our first sighting of the T-37A’s, a killer whale family comprised of a mother and her two offspring. Almost as soon as we got on scene we noticed lots of splashing, followed by a harbor porpoise being thrown straight out of the water! This little family was in the middle of a hunt, and seemed to be doing well. We observed a lot more splashing followed by a brief quiet moment. Not soon after, the celebratory behavior started. Spyhops, tail slaps, and tail lobbing expressed happy whales with full stomachs.

We watched as they traveled past the breakwater for Whidbey, splashing occasionally and moving in a tight-knit formation in various directions.

After saying goodbye to the T-37A’s, we started back to Friday Harbor, catching a look at some sleepy Steller’s sea lions as we entered San Juan Channel and docking just as the sun was setting beside us.