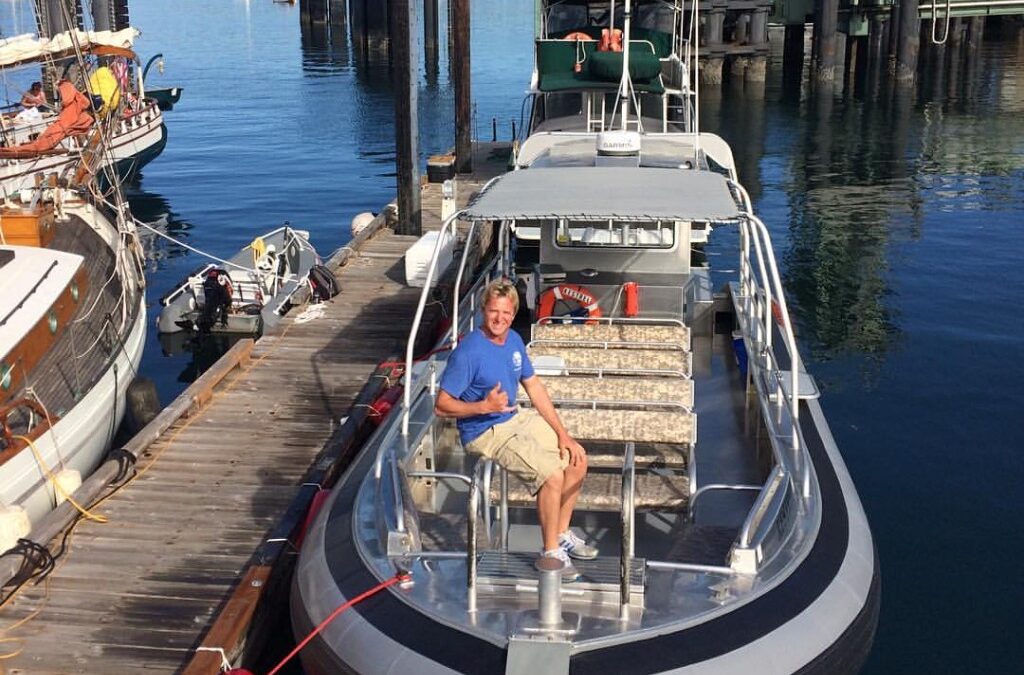 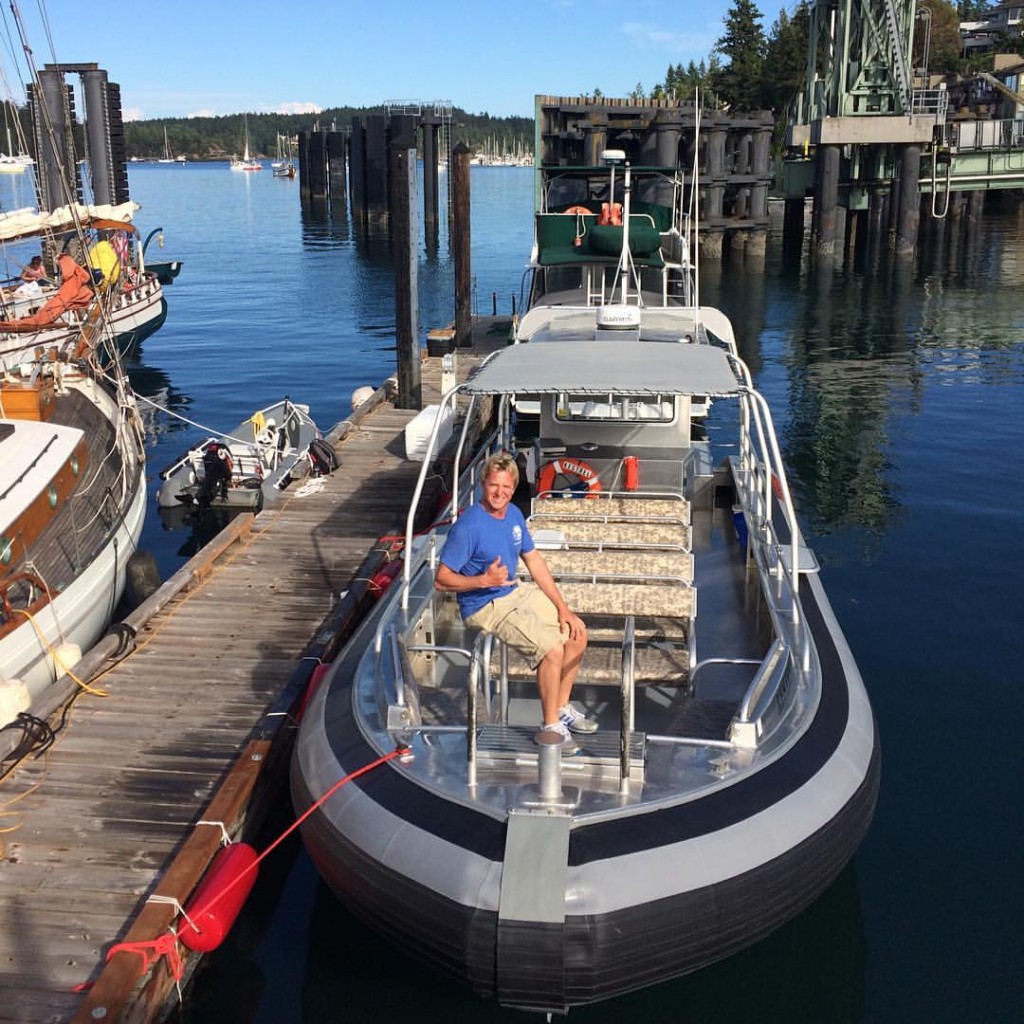 Yesterday, Graduation day for some, just a normal Monday for others. By graduation day I mean that Captain Gabriel Wilson solo drove our newest vessel, the M/V Kestrel, for the first time. The Kestrel is so fast that it sometimes will travel at or faster than the average speed of a flying Kestrel ~ 24mph. This means we all get to wear fun, red, exposure suits to protect us from the wind as we go super fast over our cool waters. But have no fear we stop to look at wildlife so you’re definitely allowed to blink. That fateful day we Captain Gabe took us south straight through one of our skinniest passages – Cattle Pass! We stopped here to take in the sites as the wind still whipped at our already windblown hair. Not only was there a lighthouse, Harbor Porpoises, and Harbor Seals, there was also a few very large Steller’s Sea Lions in the water as well as lounging on land. These big behemoths can weigh around 2,500 lbs and be 12 ft long. They were mostly sunning today but one had a pretty gnarly itch that it scratched for 5 whole minutes which was pretty hilarious. 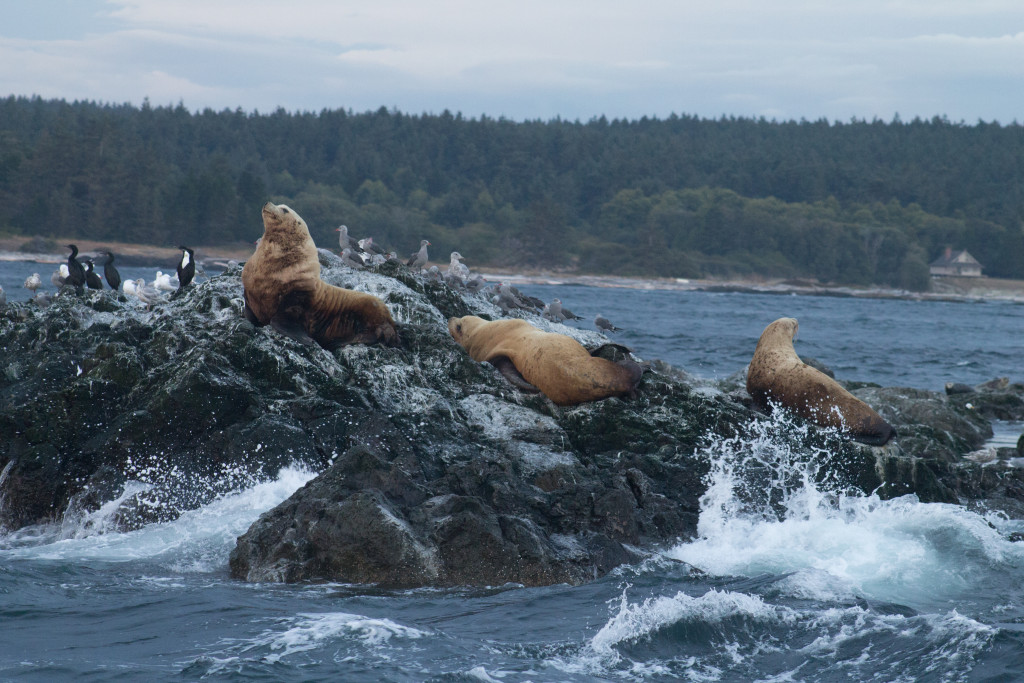 Next Captain Gabe zoomed me and our passengers westward along the famous southern beaches of San Juan Island till we came across some very interesting creatures – Dall’s Porpoises! Here’s some more info on them if you’re interested:

But we don’t usually get to see this species of Porpoise this far south, but they are super amazing. They can probably reach similar speeds as the M/V Kestrel. They go so fast that they create a “rooster tail” splash behind them like fast speed boats as their wake quickly crashes into itself. And they love waves. So we watched these few play and zoom through the waves as we were mesmerized by their very unusually shaped bodies that are built for speed. Next off we head north and soon found a group of Killer Whales. These were the Southern Resident Killer Whales and a very large group of them. 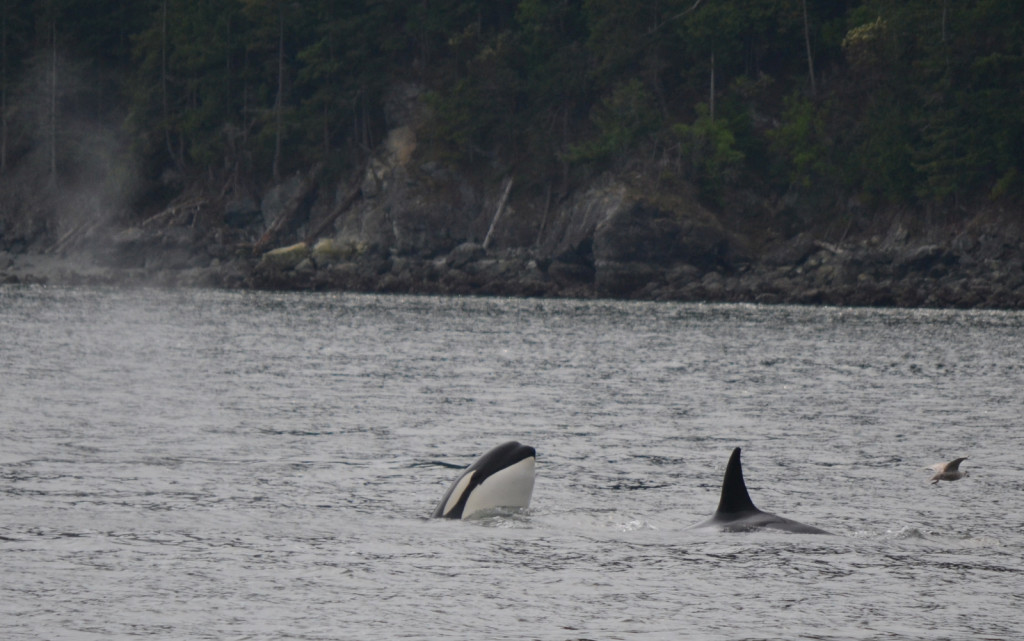 They spread out and were fishing when we first got on scene but soon one of the matrilines (aka families) with two new calves started socializing. It was the J17’s I believe and eventually the mothers and older siblings went back to fishing as the two youngest calves started playing and tussling with each other. We saw them flip, push each other, tail lob, spyhop, and breach! It was so amazing and the best way to end Gabe’s first solo trip on the M/V Kestrel!! Congratulations, Gabe!