Whales and other wildlife in sunny San Juan Channel 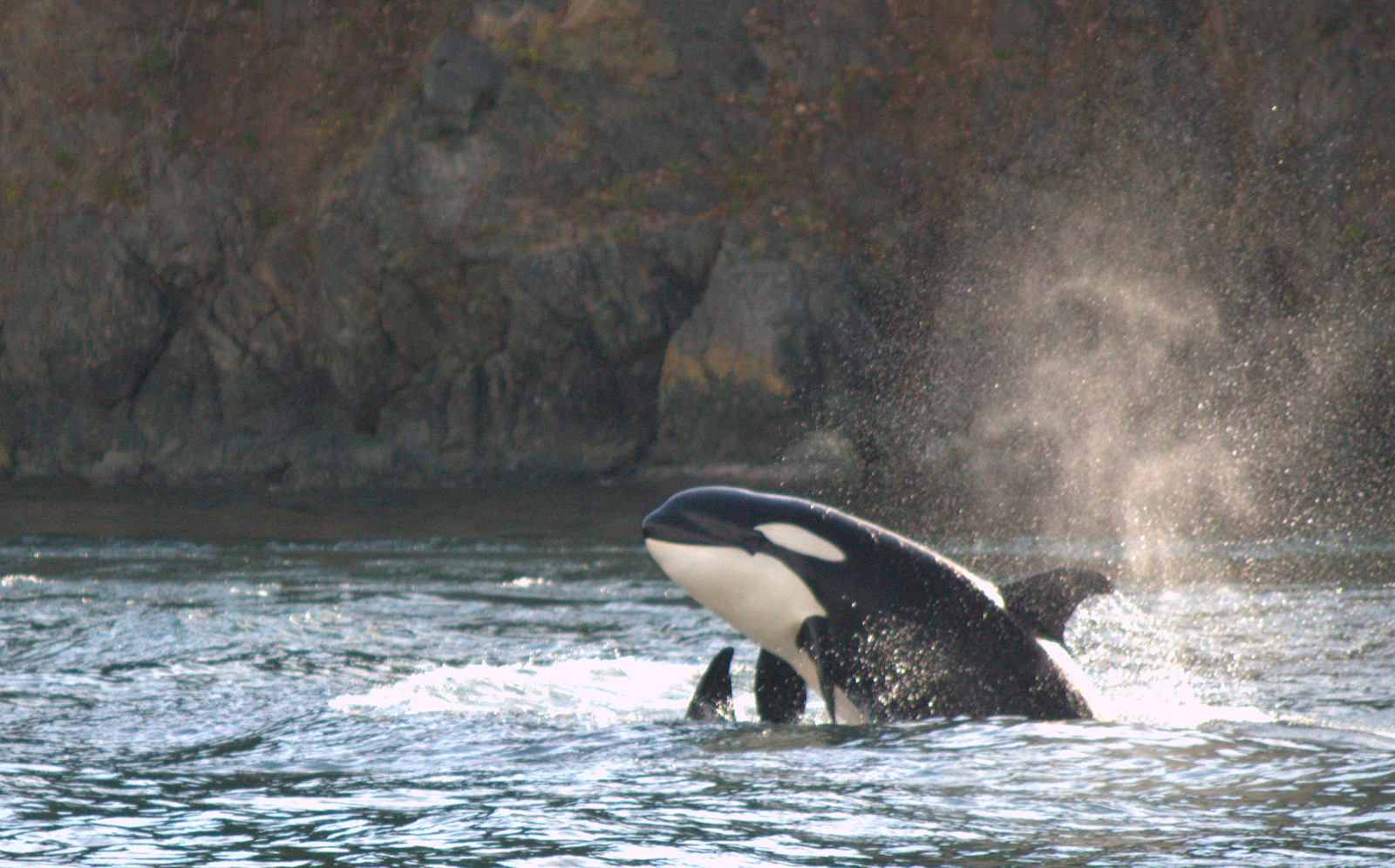 With 31 guests on board M/V Sea Lion this afternoon, Captain Mike, naturalist Sarah C., and I embarked on a leisurely cruise though San Juan Channel. We had a report of transient orcas very close to us, so we decided to take it slow and allow our guests to enjoy the scenery and some other wildlife along the way to the whales. On some days, there just isn’t time to dilly dally, so to speak, because sometimes the nearest whales are over 1.5 hours away.

Not long in to the trip, Mike caught a glimpse of a minke whale and stopped immediately so that we could wait for it to surface again. We saw it 3 more times before moving on. Known, at least by us, for being unpredictable, elusive, and erratic in their movements, I was crazy excited at the surfacings that we did see. Once, it even lifted its chin out of the water! I could see the pleats in its throat!

Soon, we moved on from this sighting and circumnavigated Flattop Island, where we encountered a huge harbor seal haul out, and a family of river otters scampering up a steep hill!

As we made our way south again in San Juan Channel, we saw one more minke whale before catching up with the rest of the whale watching fleet. With them, they had the T60s, a group of 5. They were in a perfect place, as San Juan Channel is home to a huge number of harbor porpoise, harbor seals, and Stellar sea lions.

As soon as we arrived on scene, these whales began porpoising. This high energy behavior allows them to reduce drag by breaking the surface more than usual, therefore increasing their speed. It was very likely that they were pursuing some prey. Although I’m unsure whether they were successful. They continued south to Whale Rocks, which is one of the largest Stellar sea lion haul outs in the area. Once within 1000 yards of the rocks, the whales disappeared under the surface. I got excited when I realized it because this could be very typical of their hunting style. Being that transients hunt just by sight and sound, they have to be very stealthy, and if they had surfaced to near whale rocks, the sea lions surely would have noticed them.

Without any further commotion at the surface, the whales showed up again a few hundred yards past whale rocks, near a kelp forest, so I still had hope that they maybe would pick off a hiding seal. To no avail, or at least not that I noticed, we had to turn around and head back in, but had the sun shining on us the whole way!