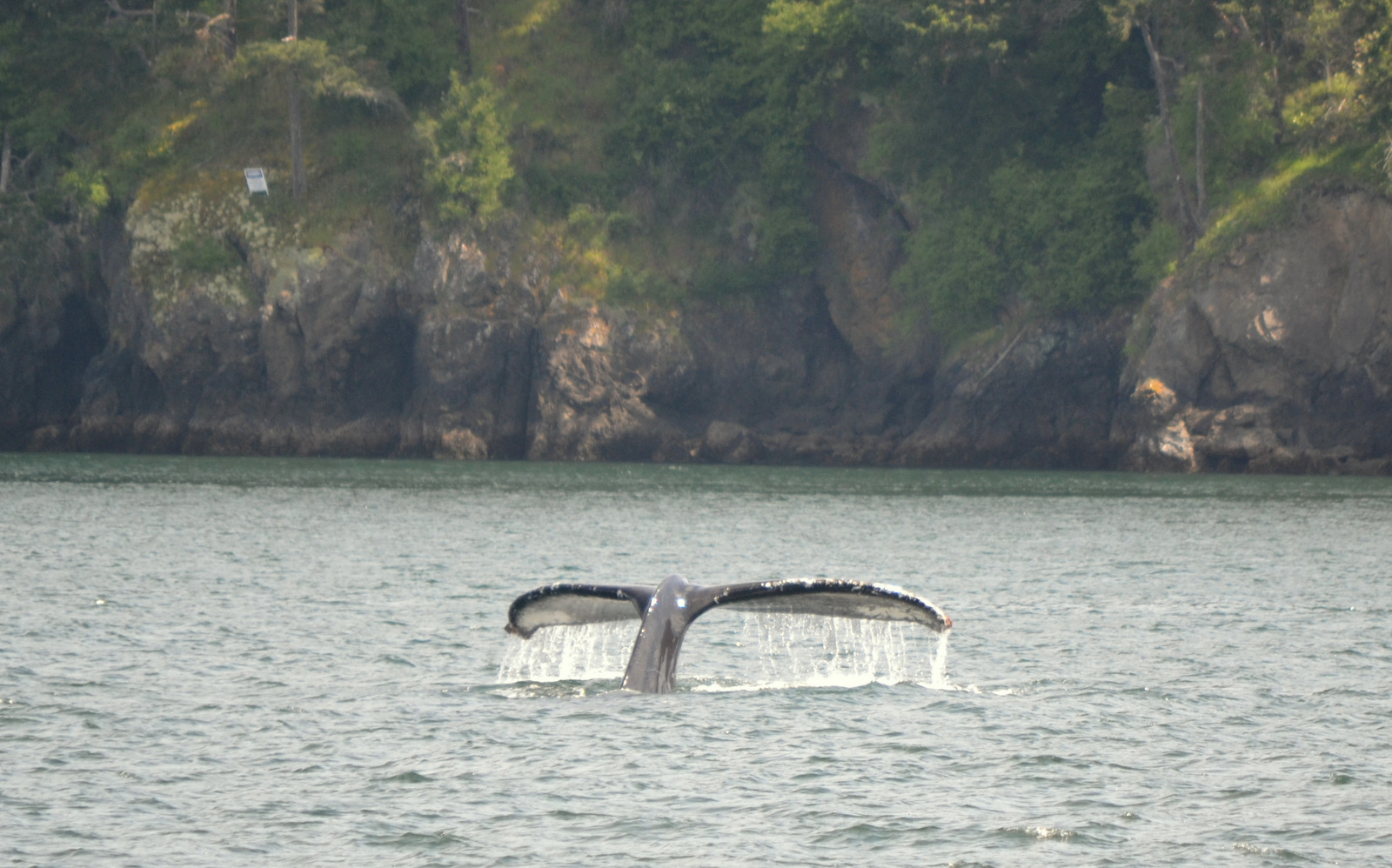 Captain Mike, naturalist Erick, and I, along with our 43 guests on M/V Sea Lion departed from Friday Harbor today at 12:00. This was the start of our now normal 12:00 departures that will continue through the rest of the season (instead of 1:30).

We cruised south through cattle pass to see what we could find in Haro Strait. Along the way, we stopped near Turn Island to swirl through the currents with the swimming harbor seals. We continued south and slowly motored around whale rocks where we watched dozens of Stellar sea lions climb, bark, and glide through the water.

Shortly thereafter, we started a longer journey out west to a report of a humpback whale. Before we got there, we spotted a group of unusually shy Dall’s porpoise. This species is known for bow-riding on boats. But these guys weren’t in the mood today. No worries though–we were on a mission to get to this humpback!

There, we watched is surface over and over again, only putting its flukes up to dive deeper and longer once or twice while we were there. When it did fluke up, we caught just a glimpse of the ventral side of its flukes. It looked like a mostly white pattern. With this information, Erick and I took to the humpback ID catalogue. This is just a catalogue of individuals that have been identified in the Salish Sea each summer. Each one has a unique color pattern, which is distinct enough for us to use the patterns to distinguish between individuals. Unfortunately, because of the angle at which we saw the flukes, we could only narrow it down to a few individuals. Still–it’s always fun to try!

Not quite done for the day, Captain Mike, also known as “Eagle Eyes,” spotted a Bald Eagle from a 1/4 mile away, and we got a great look at it before heading in to Friday Harbor.