Orcas here, there, and everywhere on the west side of San Juan Island 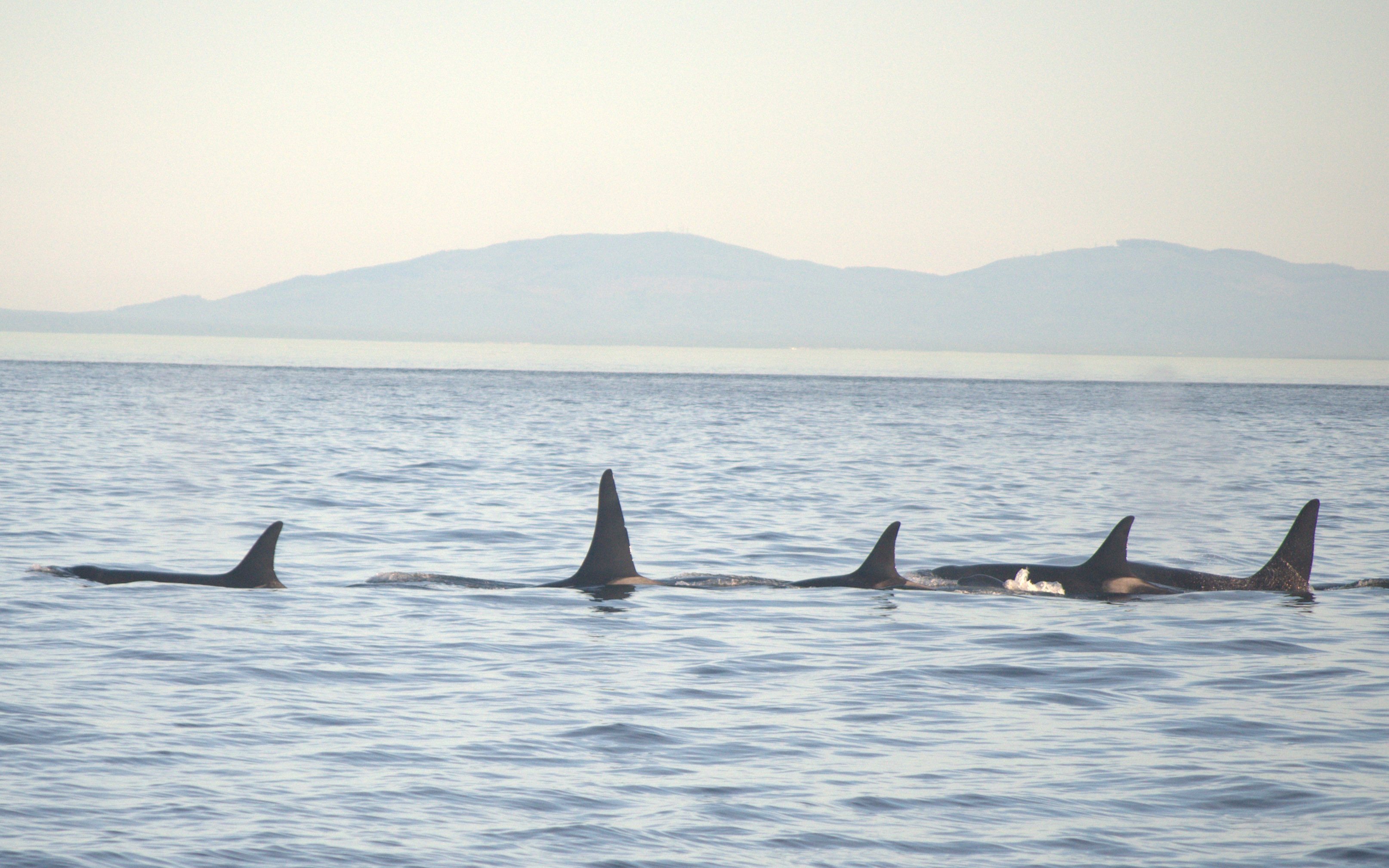 This morning started off rainy and gray. I was actually looking forward to it, though. After pushing pools of water off of the extremely water-proof canopy and using a squeegee to wipe every last drop of rain off of the windows and benches on M/V Sea Lion, I got bundled up and put my rain pants on. I was prepared for the worst of weather here. Not two minutes later, the sun came out in full swing.

We got our guests boarded, and took off to head to the west side of the island, where there were positive reports of southern resident killer whales, the fish-eating ecotype that we have here. Before we even got to them, we found our own! By that I just mean that there was a group of residents a few miles from the originally reported individuals.

I was ecstatic to see that it was J28 Polaris and her 9-month old son, J54 Dipper! This is a group that we’re a little worried about, as Polaris, a nursing mother had been showing signs of malnutrition. But today, we observed her kelping–a form of object play! Dipper was his normal, spunky self, spyhopping all over the place.

A few minutes later, we moved on to another group, and then another, and another. There were large, tightly packed groups dispersed throughout Hein Bank. There were so many whales, so few boats, and such calm water, that we not only could hear each exhale as they surfaced, but also every inhale! Magical!

I was able to identify many individuals from J, K, and L pod, all mixed together. I would bet that every individual of the southern resident population was somewhere on the west side today. So cool.

After spending over an hour with these orcas, we finally started to head in. On the way home, we saw a minke whale, a ton of Stellar sea lions, a Bald Eagle, and 50-60 harbor seals! What a day!