Searching for wildlife in the Salish Sea 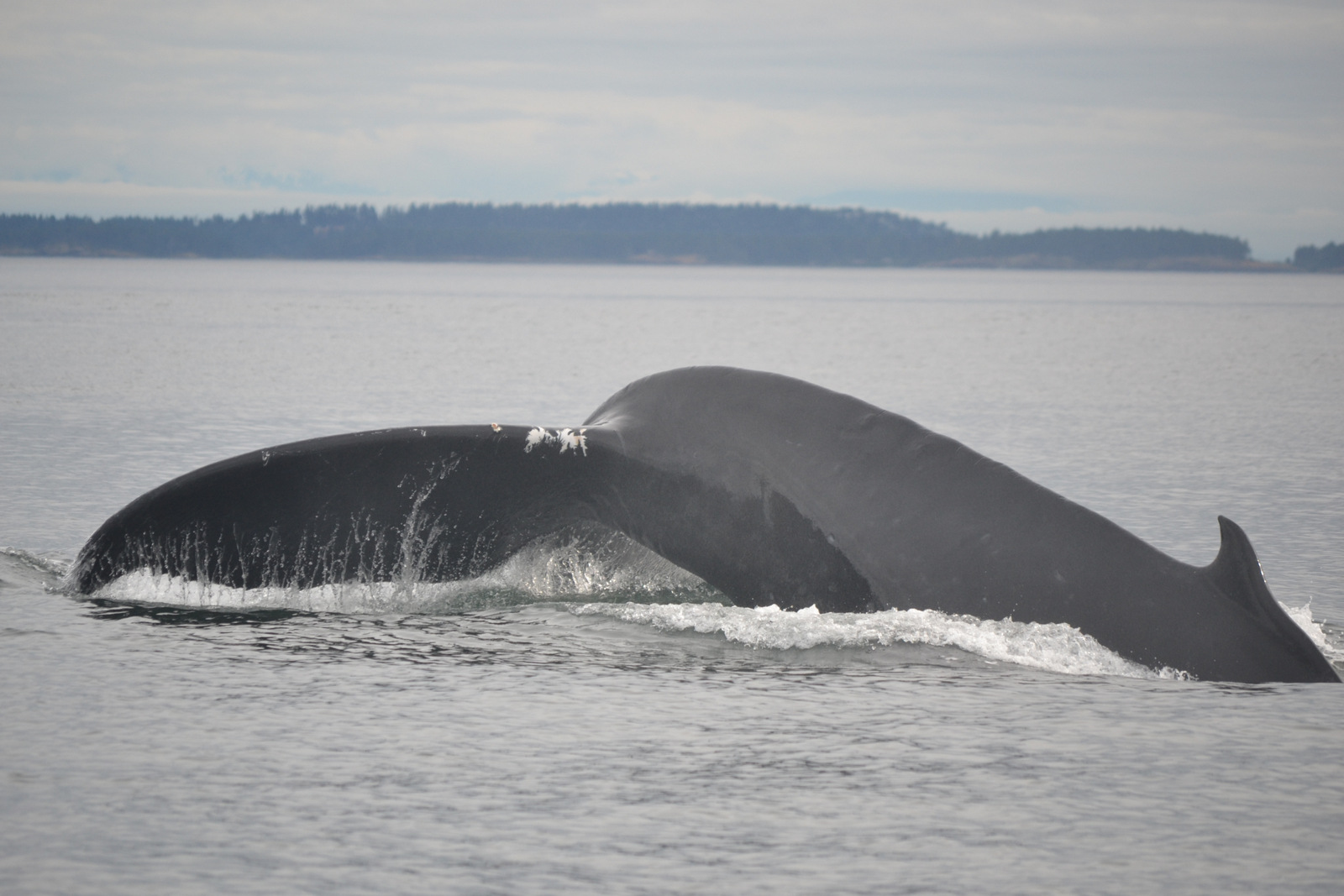 Freshly fueled up and ready to go, Captain Mike, Naturalist Erick, our 34 guests, and I left Friday Harbor and drove north to start our search for the abundant wildlife of the Salish Sea. As we carried along, those of us on board that find ourselves to be bird nerds, took note of the migrating waterfowl that we passed; Surf Scoters, Harlequin Ducks, and Buffleheads alike.

On the radio, we were informed that another whale watch boat had picked up two humpback whales at Limekiln Point, so we carried on in that direction. By the time we arrived, these two behemoths (averaging 45-52 feet long—just a few feet shy of M/V Sea Lion), had already made it to County Park. After explaining a few things about the whales and letting guests’ initial excitement simmer down, I took a brief pause to mention that we were looking at the location that Practical Magic had been filmed. Great movie, I recommend it.

After 15 minutes with these two humpbacks, we decided to split off temporarily to cover some ground. It was a blustery day, especially up north and the Vancouver whale watching boats had all cancelled. With less boats out searching for whales, everyone had to pick up some slack. So, we took a big loop in Haro Strait around Kelp Reef, binoculars glued to the water to see if we could pick up some minke whales or Dall’s porpoise. To no avail, we returned to the humpbacks and watched for a while longer before breaking off to check out Speiden Island. There, we saw some harbor seals hauled out, a few swimming Stellar sea lions as well as a mouflon sheep ram courting a ewe! Ah, love was in the breezy air.