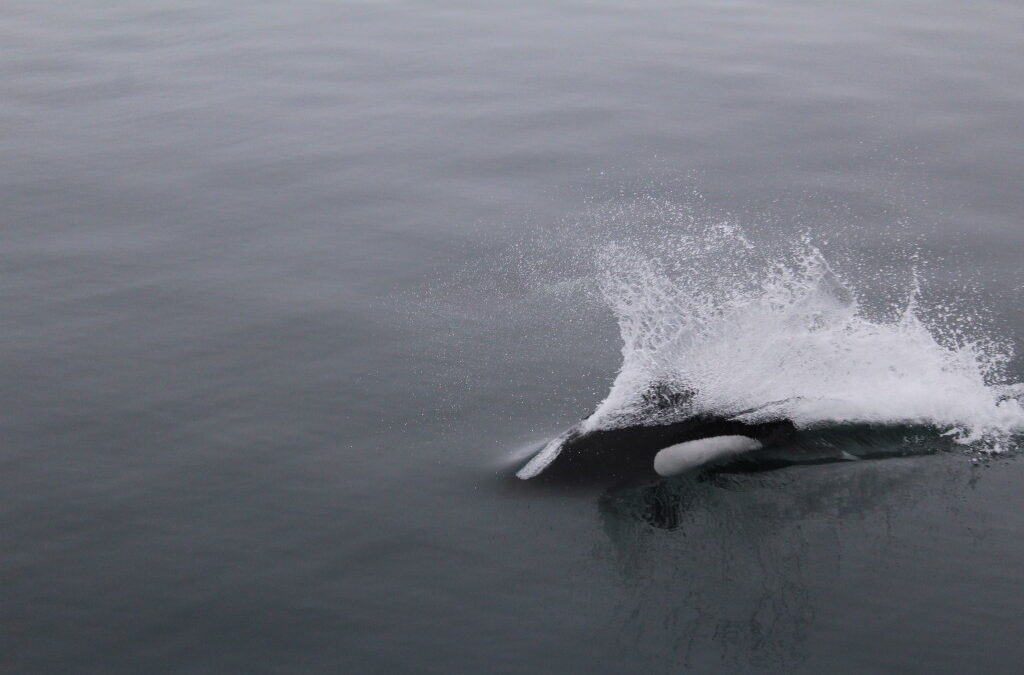 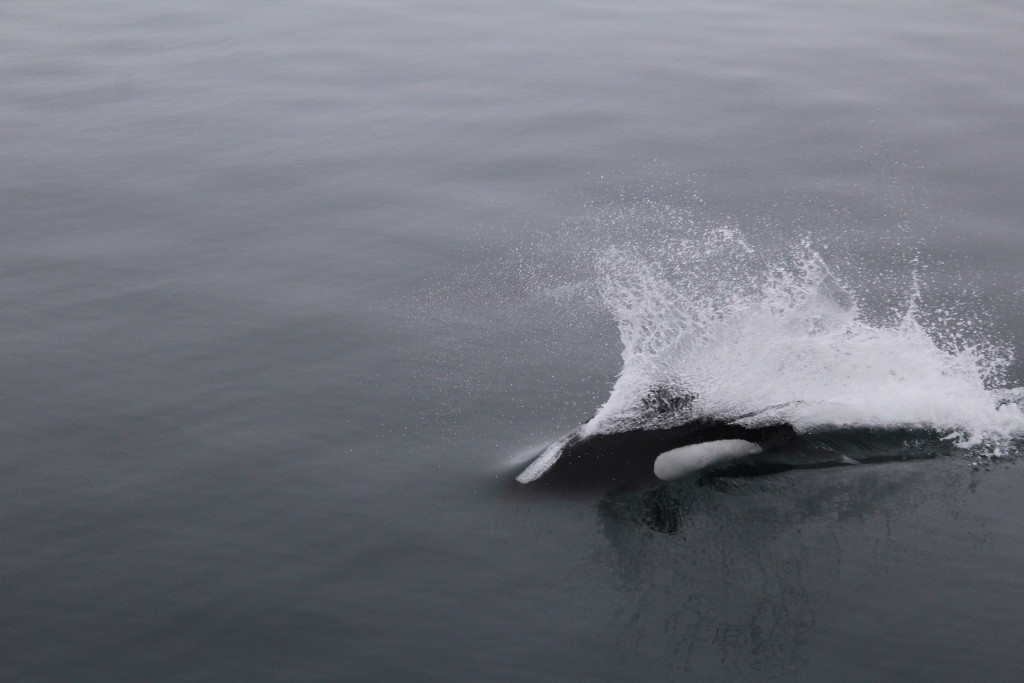 Have you ever seen a porpoise before? A lot of people haven’t or they didn’t know that they did. Porpoises are a small group of small cetaceans that are related to dolphins, but different…. Both dolphins and porpoises are on the smaller end of being whales and share a lot in common but here we’ll talk about the differences. Porpoises are usually less social and aren’t usually seen in familial groups whereas dolphins often travel in family groups. Porpoises usually have smaller and flatter heads lacking a ‘melon’ or a large bump on their forehead whereas dolphins do have a prominent melon. A final major difference is that dolphins have cone shaped teeth where porpoises have spade-shaped teeth. This makes them both members of odontocetes, ‘the toothed whales’ which means they have teeth and one opening where their blowholes are. Here, in the Salish Sea there are two species of porpoise that we see regularly, the Harbor Porpoise and the Dall’s Porpoise. Harbor porpoise are usually solitary or in small groups. They are the second smallest cetaceans in the world dark grey on top but have a pretty complex facial coloring pattern of greys, whites, and yellow. We usually see them in tidal rips hunting for fish and squid. Researchers still don’t know too much about this species. There’s a chance to see them all over the place here in the temperate waters of the Pacific. The other porpoise species that inhabits these waters are the Dall’s Porpoise. These guys look a little bit sillier. They have thick, robust bodies with what is called double keeling where the tops and bottoms of their tails as well as a white belly and frosted tips to their dorsal fins. These like to hang out in larger groups, still hunt similar prey to the Harbor Porpoise and are made for speed. With their unique body shapes they can reach incredible speeds around 33 – 35 knots. This species also loves the temperate waters of the Pacific and we see these guys most often in the cooler months of the year. The other unique thing about these cool creatures is sometimes they hybridize which again we don’t fully understand. That’s the skinny on the porpoises that live in these waters. They’re one of the smaller and probably less appreciated group of whales in the ocean but we still think they’re pretty cool. Erick out.