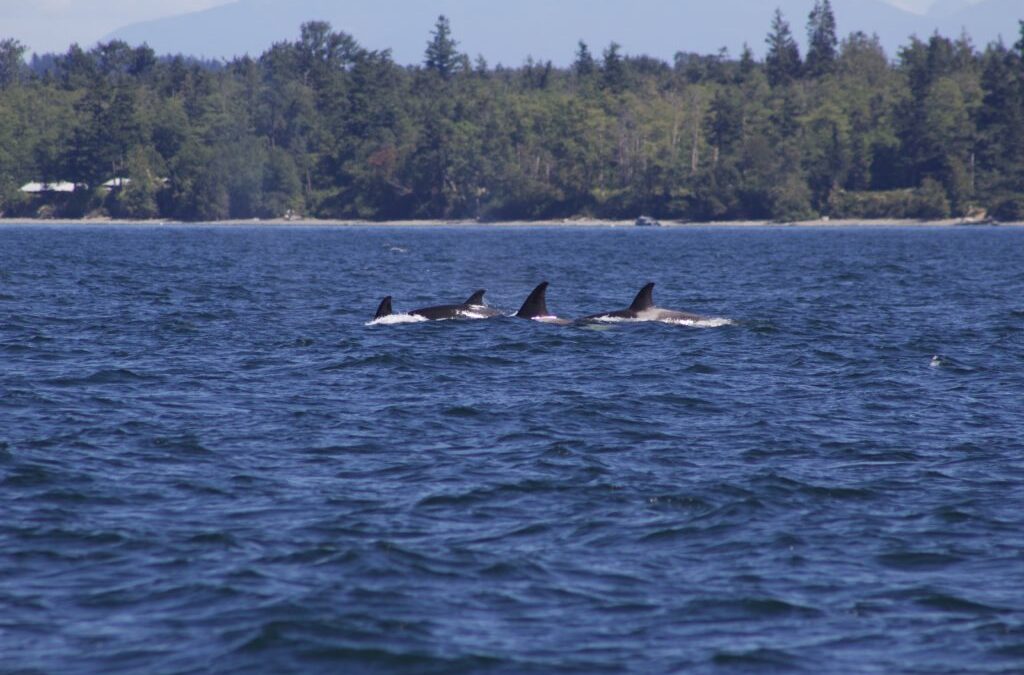 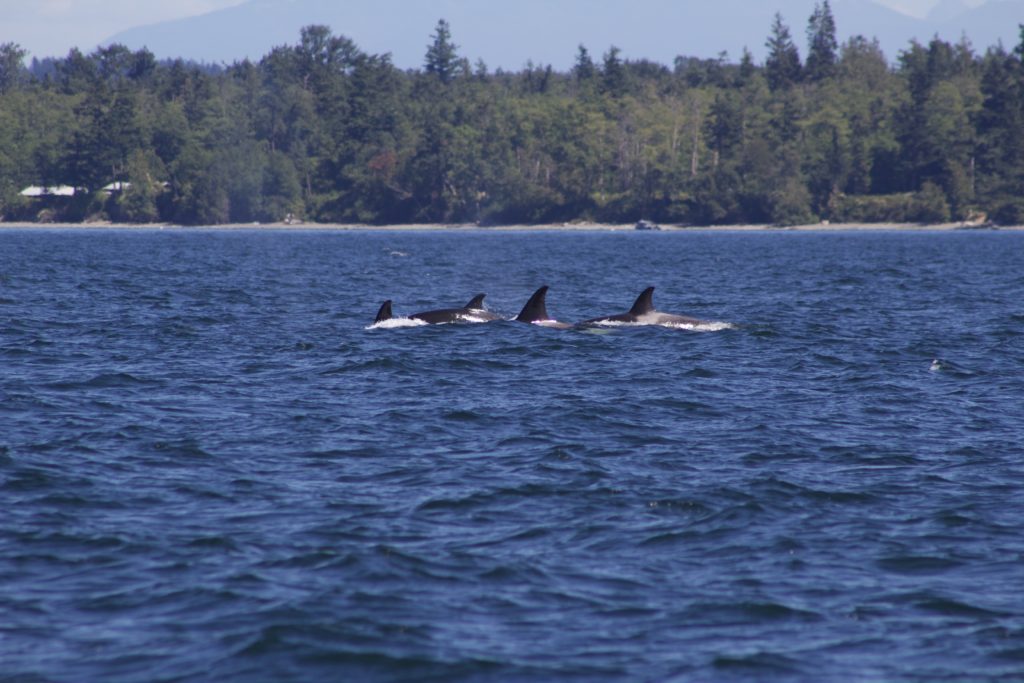 On July 2nd, Captain Brian and I took a full boat of wonderful people aboard the M/V Kestrel to go find some exciting wildlife and, of course, whales! We first stopped at Flattop Island and saw a large group of Harbor Seals hauled out on the rocky shoreline. Flattop Island is a wildlife refuge and absolutely stunning to boat around with high escarpments of rocks covered in lichen and eventually trees near the top. It is also a great place to see birds as well. Today around where the seals were resting there was a large group of Pigeon Guillemots (the floating oreo cookies of the bird world https://en.wikipedia.org/wiki/Pigeon_guillemot). While we love seeing the adorable Harbor Seals, w continued searching for their main predator, the Transient Orca. In the Salish Sea, we come across two ecotypes of orcas (distinct populations that don’t interbreed anymore), the Residents and the Transients (Bigg’s). The Southern Residents are definitely the more well known group, the eat salmon, they travel in pods –J, K, L – and have fun nicknames like Blackberry and Oreo. Transients travel in smaller family groups, are a little larger in size and feed on marine mammals – mostly Harbor Seals in theses waters.

We eventually saw some Transient Orcas in Rosario Strait on the eastern side of the San Juan Islands. It was the T65As coming through Thatcher Pass. We got pretty lucky too. Usually Transients are very quiet swimmers since they are hunting intelligent prey like seals and sea lions that can hear, but today this family group had a few moments where it was all about socializing. We saw some spyhops. Some rolls, and a few tail slaps as they goofed around with each other that day. This is a great family that has diverse individuals of different ages. We often see the younger one copying and learning from its older brother especially when they are socializing. We watched this group for a awhile as they travelled through the pass and began to enter Lopez Sound. It was soon time to head towards home. We took Kestrel for a few more fun turns and over some boat wakes before we arrived back to the dock of course. Whale, folks until next time.