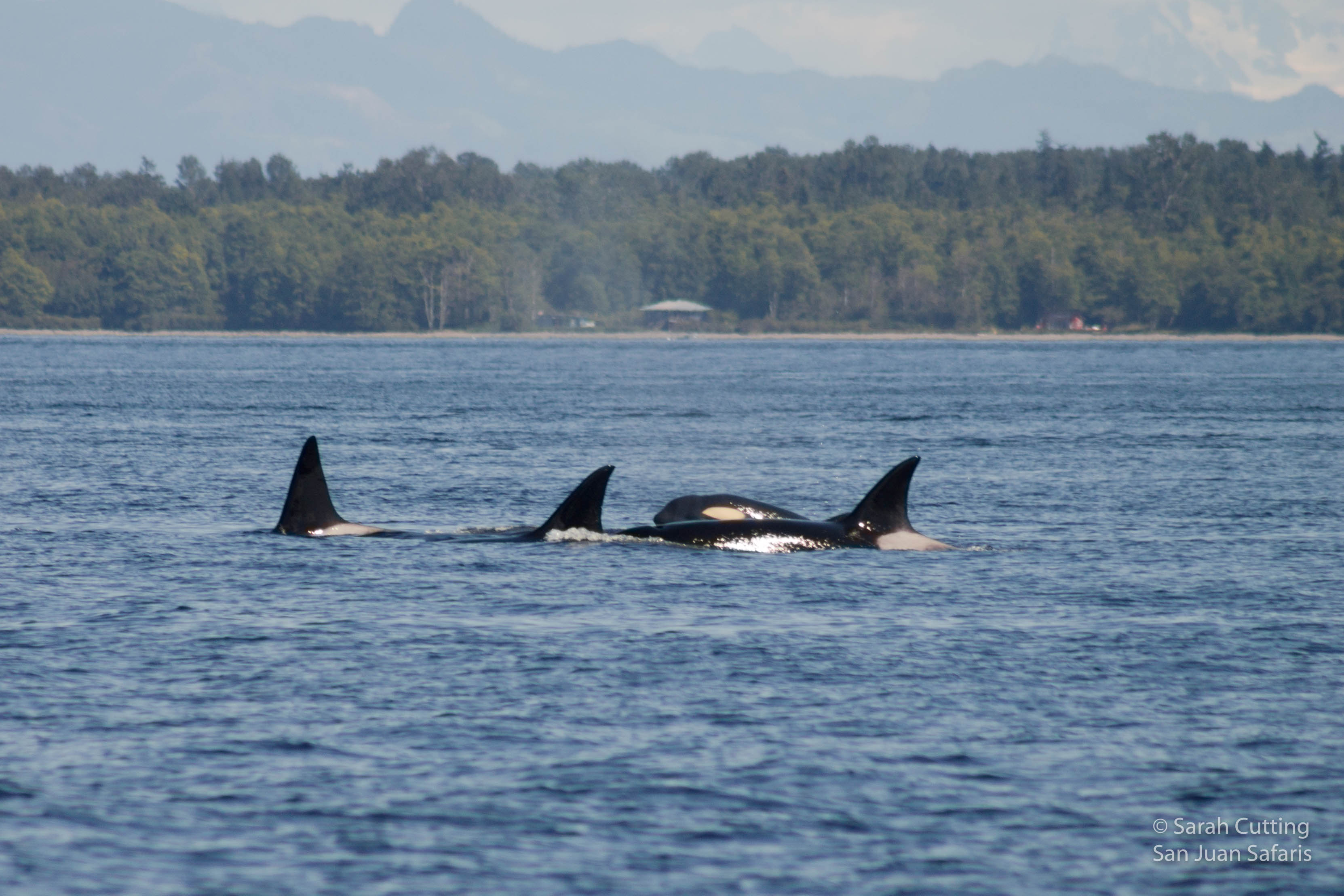 Transient killer whales continue to steal the show in the Salish Sea! Our daily Kestrel departure from Friday Harbor today took us East of San Juan Island to the far side of Orcas Island to view the same family of orcas that we also watched all day yesterday, the good ol’ T37’s.

In these waters we have an estimated 200 transient killer whales that specialize in our inland waters. Although the worldwide transient population is unknown, it’s estimated to be much larger than just our little sub-group of transients that we see here. For example, California has their own little population of transients that are assumed to be the same ecotype as the ones that we see here on a yearly basis. Yet more transients have been observed hanging mostly in Alaska and the Bering Sea, and even more in Eastern Russia. Every once in a while, we see a new family group of transients in our area that hints at an even larger overall population of transients worldwide than we know. The ocean really is a mystery to us!

Luckily, our population here is steady enough to be pretty well-researched. The Center for Whale Research and the Whale Museum, as well as other non-profits like OrcaSurvey and the SeaDoc Society in union with the Pacific Whale Watch Association (which we’re a member of) contribute data about who we see and where that makes for a pretty well-rounded compilation of sightings for our transient orca regulars.

This particular family group is what we consider near-coastal specialists, meaning that they specialize on hunting animals that you’d often see in our smaller, protected passageways. Mostly this is harbor seals and harbor porpoises (both of which we also saw today!), but the T37’s will also gnaw on sea lions and baleen whales in this area, rounding out their diet with all the possible kinds of blubber.

Today we were lucky enough to see exactly that kind of specialized hunting as they stalked the bull kelp forests around a small set of islands called Peapod Rocks which hosts a healthy population of harbor seals. We also got some excellent looks at their two new calves, just a few years old each! These itty bitty orcas surfaced right next to their moms every time, learning from their every move. We tracked them as they navigated away from Peapod Rocks and moved to the shoreline of Orcas Island, heading north, before leaving them to circle back to Friday Harbor.