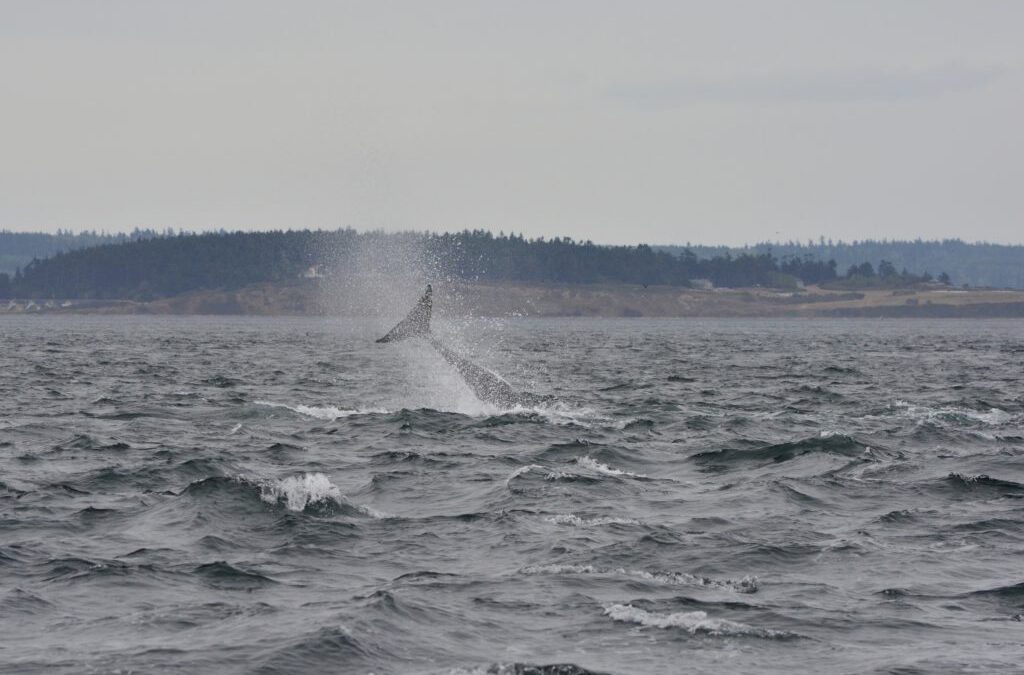 Today was one of those magical days out on the water where all of us whale nerds (like me), boat captains (like Captain Mike), and wonderful passengers (like all of the folks out on our two tours) couldn’t stop gasping in surprise, laughing with joy, and watching, mesmerized, as these beautiful creatures played, hunted, socialized, and moved around us. It’s humbling to watch such spectacular activity as we were able to see today. I made sure to upload my favorite photos from the two tours below. Check them out! I’m also including a summary of the families we saw.

On our first tour, we made our way through the (much-needed) rain falling over the Salish Sea and the San Juan Islands towards Victoria. The T65A’s were hanging around Beecher Bay, hugging the shoreline and frolicking around. We watched an exciting pass-by of a Steller Sea Lion who, apparently, was allowed to enjoy another day; the orca pod swam right by, but it was one of those encounters where you clearly know who’s boss. The orcas make the decisions about who’s lunch and who’s not around here! It was a great encounter, made even more wonderful by an amazing chance to see over a few hundred sea lions lounging and swimming around Race Rocks on our way home. Noisy and smelly, these massive pinnipeds are still a joy to watch and one of my favorite creatures to see out here. We even saw several right off the side of our boat, cartwheeling and doing underwater flips in the water while they were looking for food.

On our second tour, we took a wonderful group of folks out who were celebrating a birthday. Excited and ready to see orcas, we set out for our second rainy trip of the day. This time, we headed south for Port Townsend, since the group we were with by Victoria had already headed too far west. The T28’s were heading north from the Puget Sound, passing right by the tall ship festival being hosted in Port Townsend. When we first encountered the whales, they were mellow, traveling steadily up the channel. Things changed rapidly, however, as the group encountered a bait ball. Hundreds of gulls and various other seabirds were gathered in a small area, snacking on bait fish from above while various mammal species snacked on them from below. The orcas weren’t interested in the fish – they were interested in the porpoises that were probably taking advantage of the bait ball! We watched for several minutes as these massive marine predators threw their peduncles and tail flukes out of the water, spy-hopped, breached, and in general feasted and played. Another epic encounter.

There you have it – two very different trips today, but both wonderful and full of activity! Thanks to those of you who joined us out there. 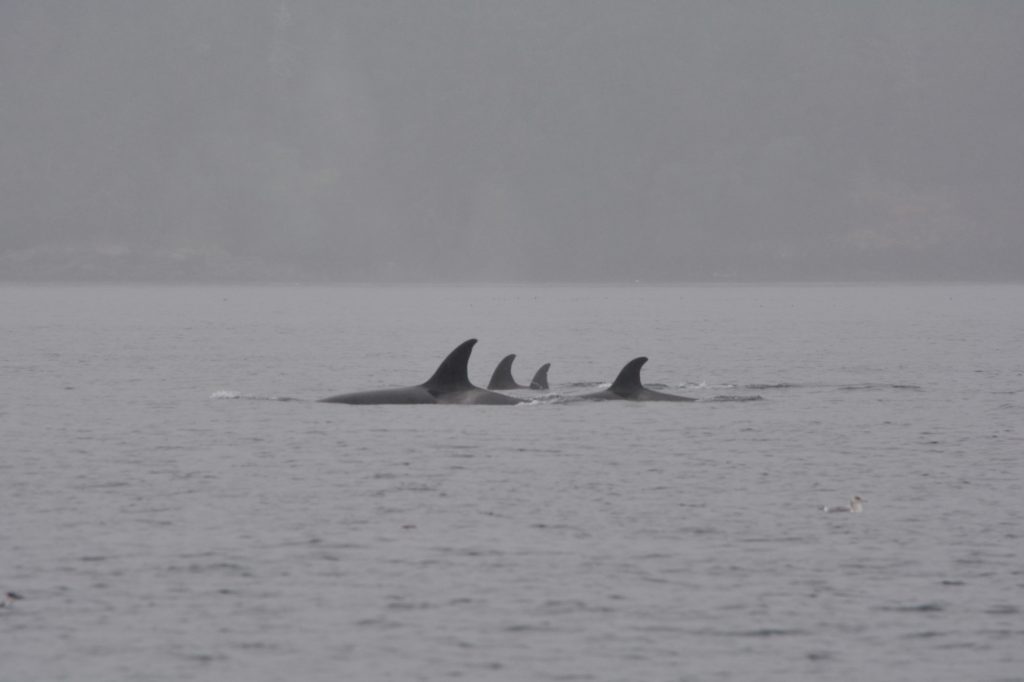 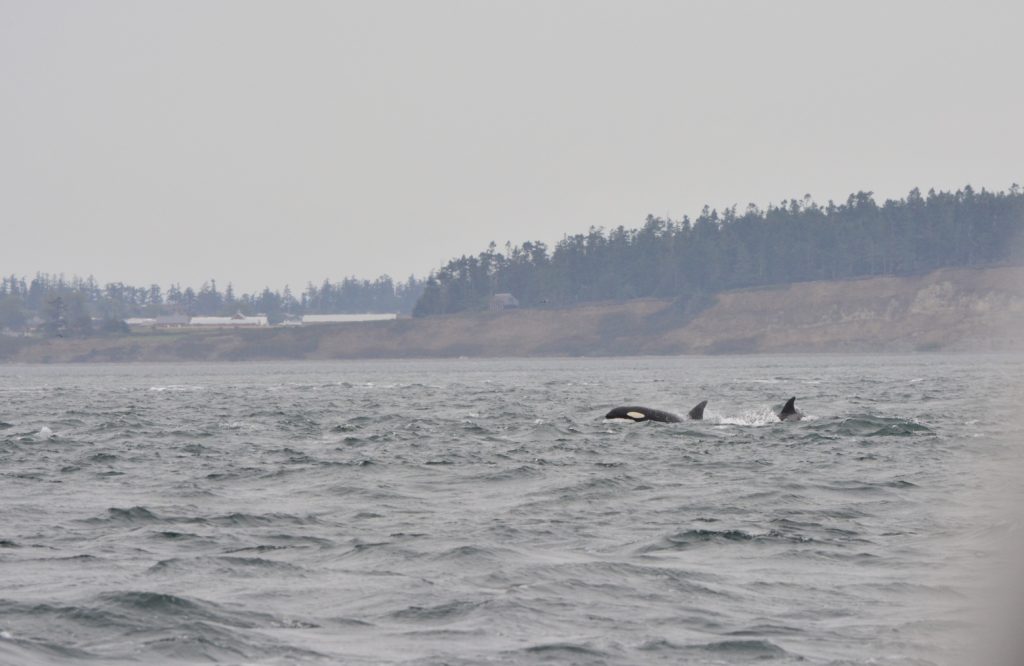 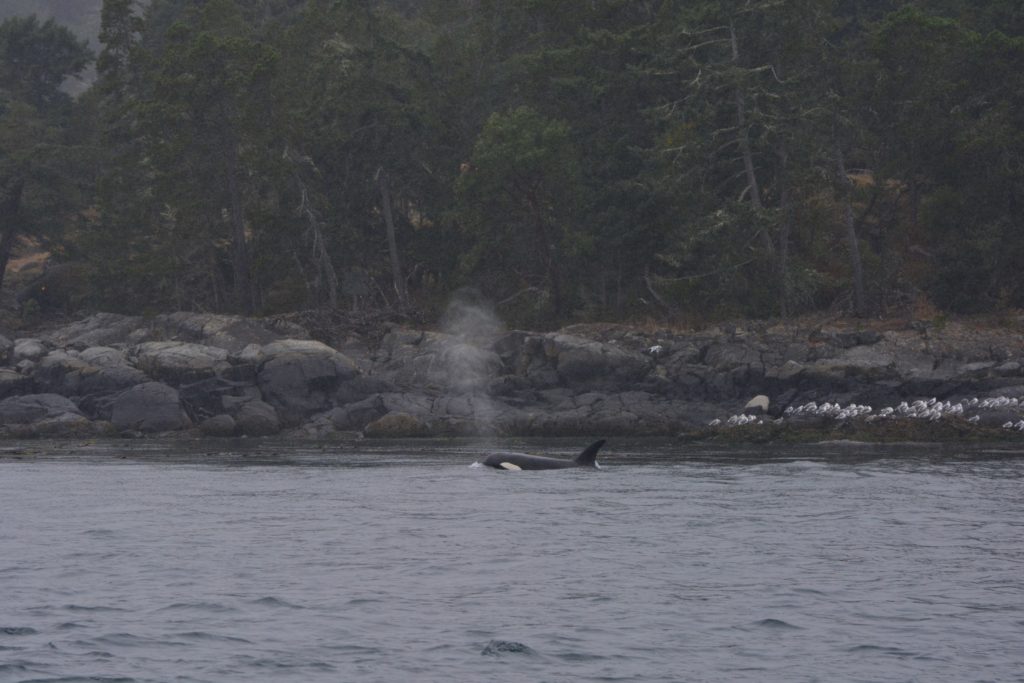 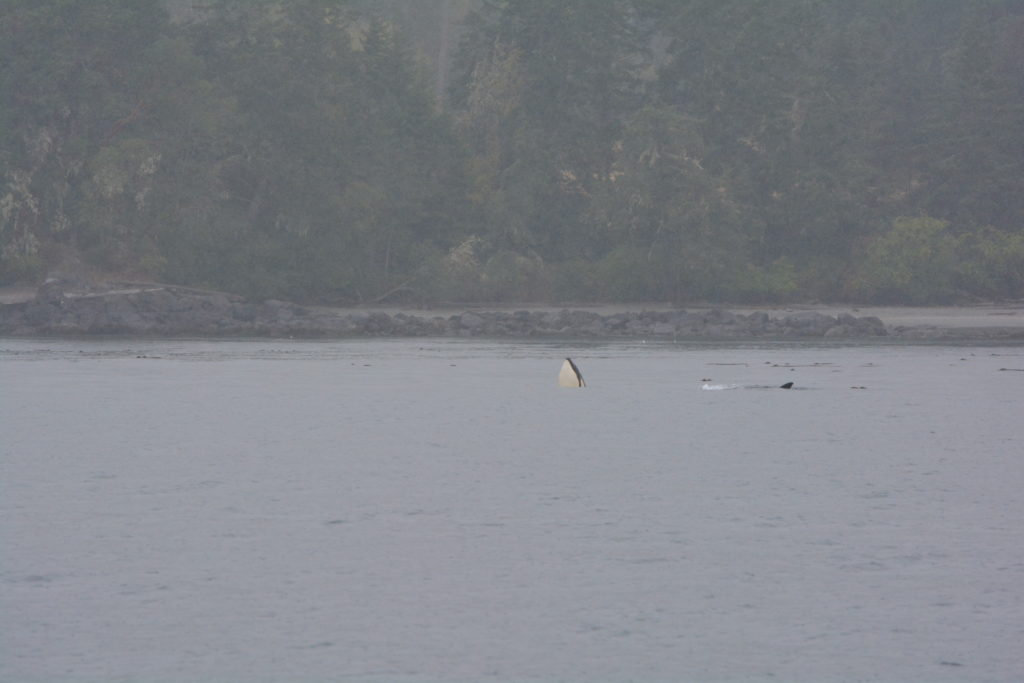 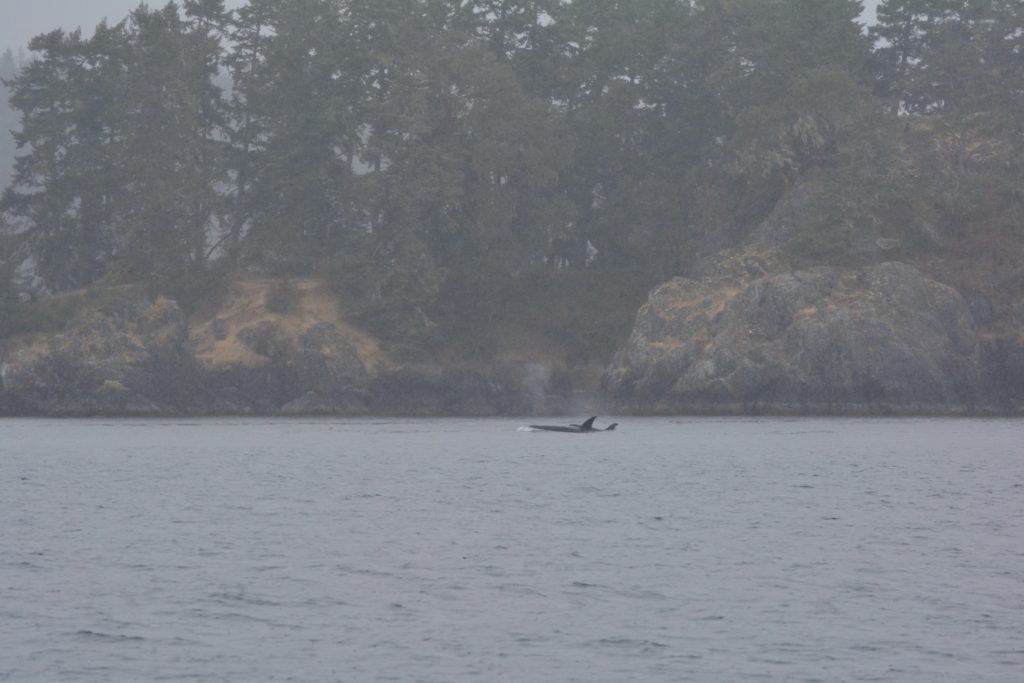 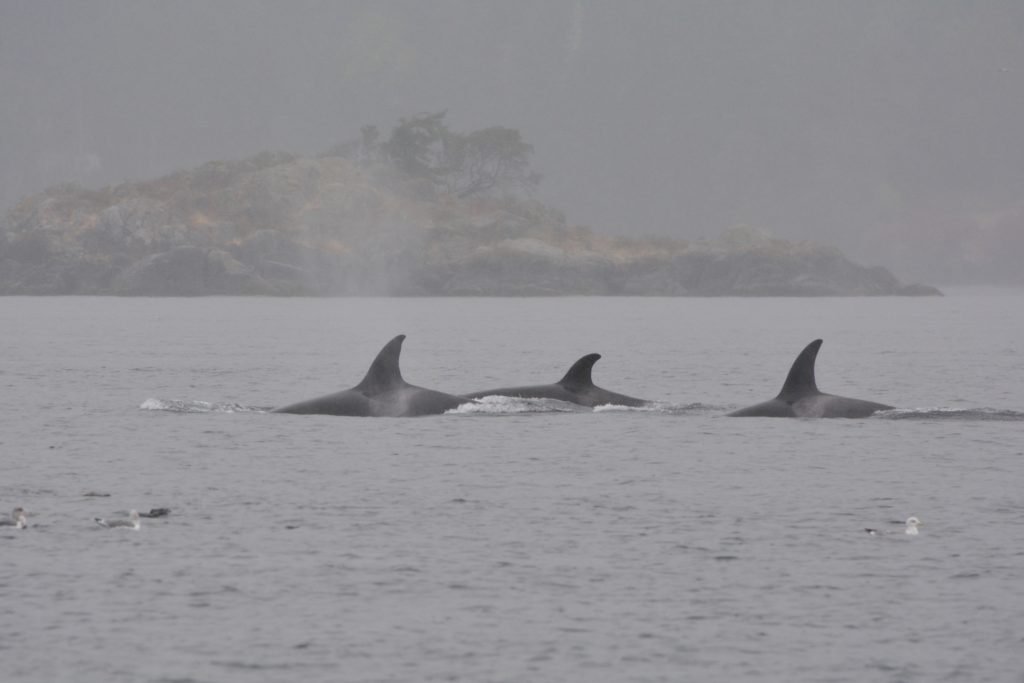 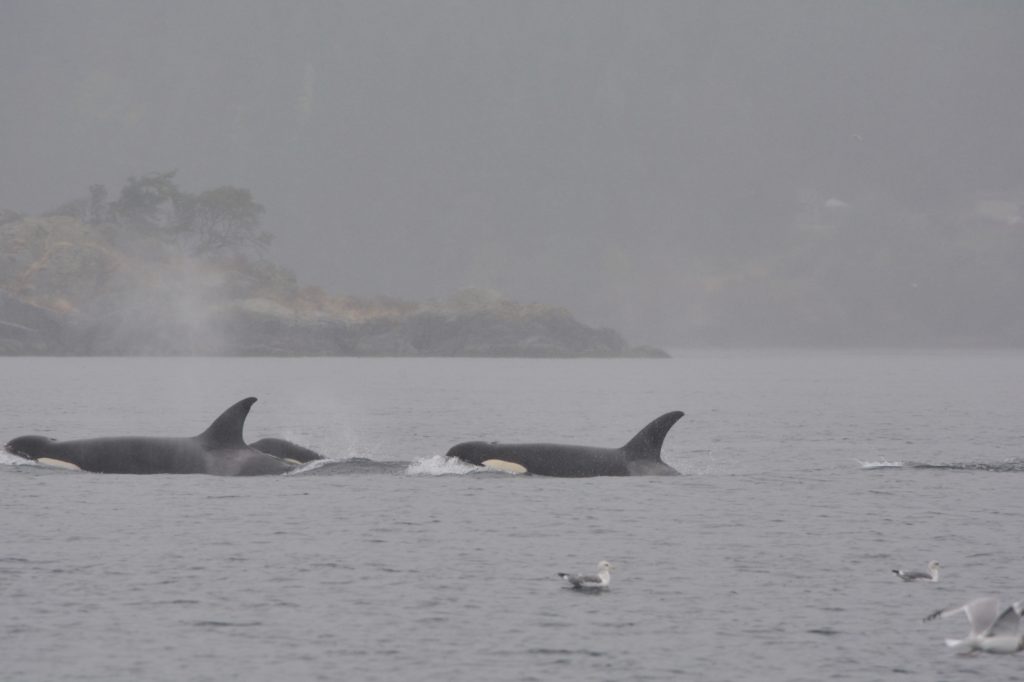 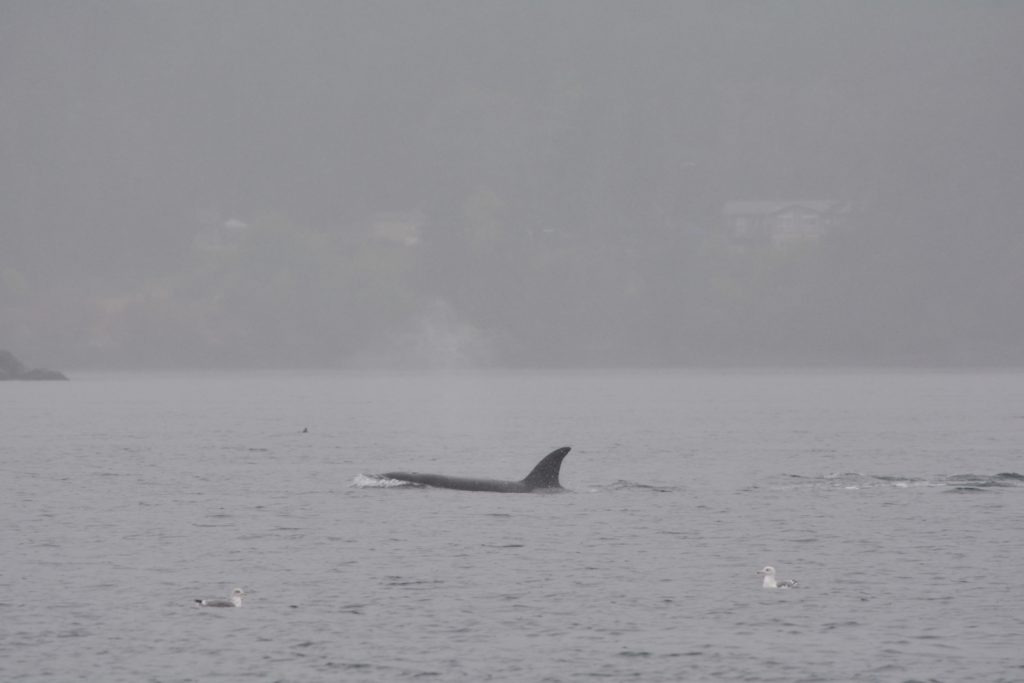 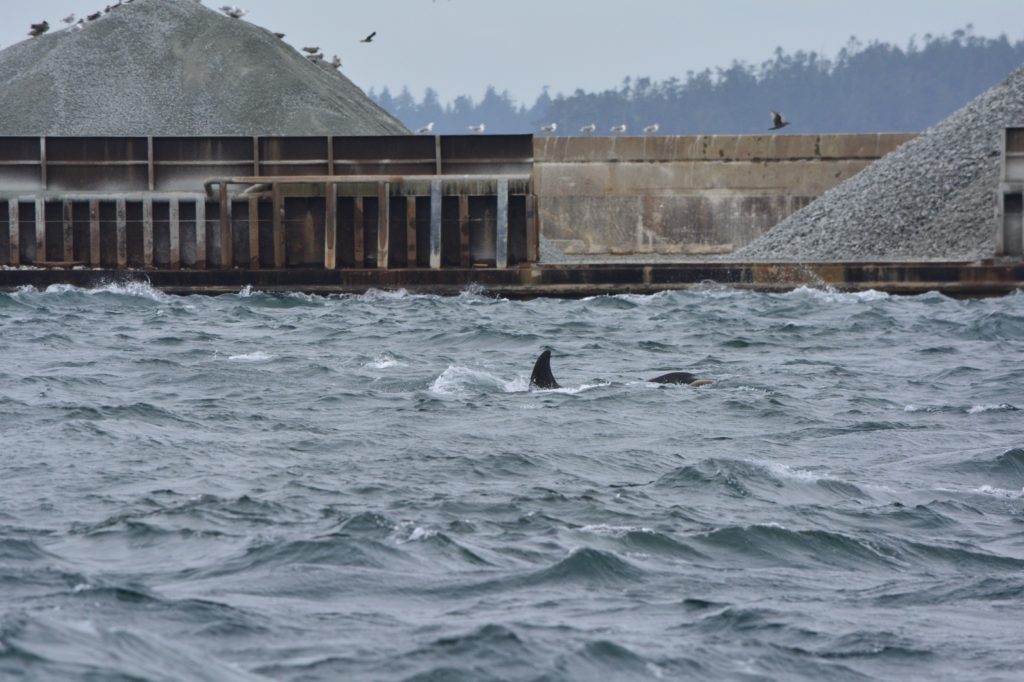 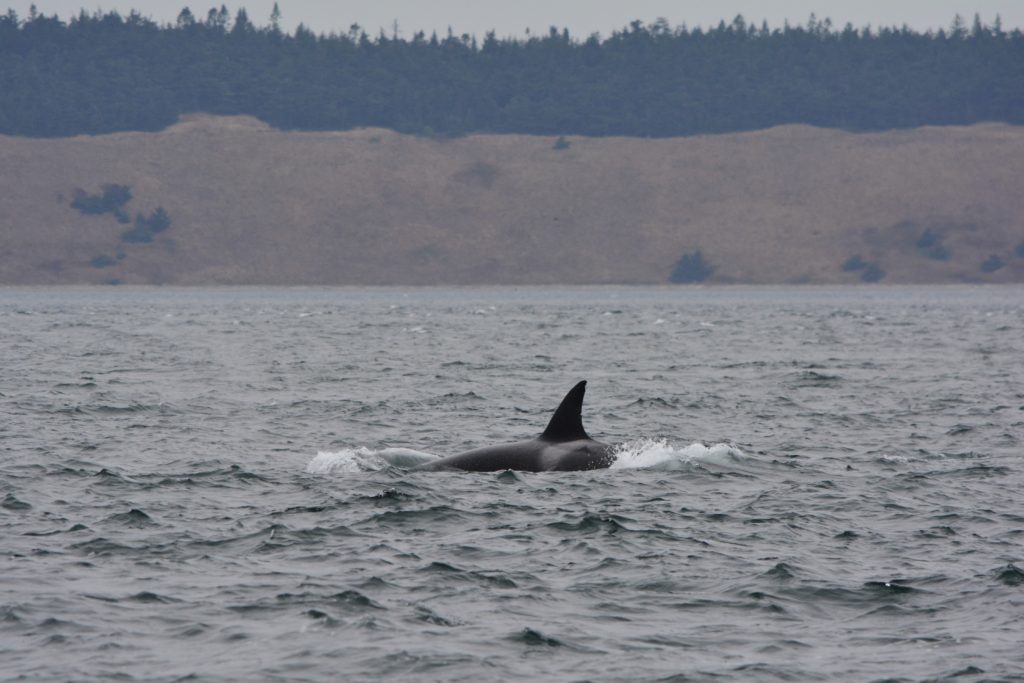 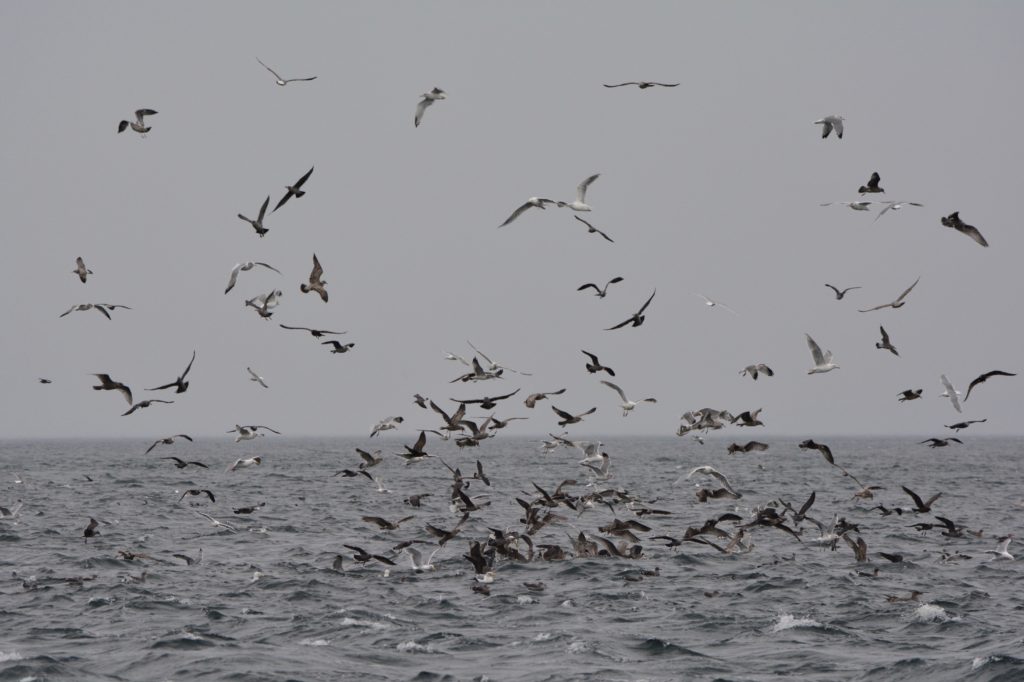 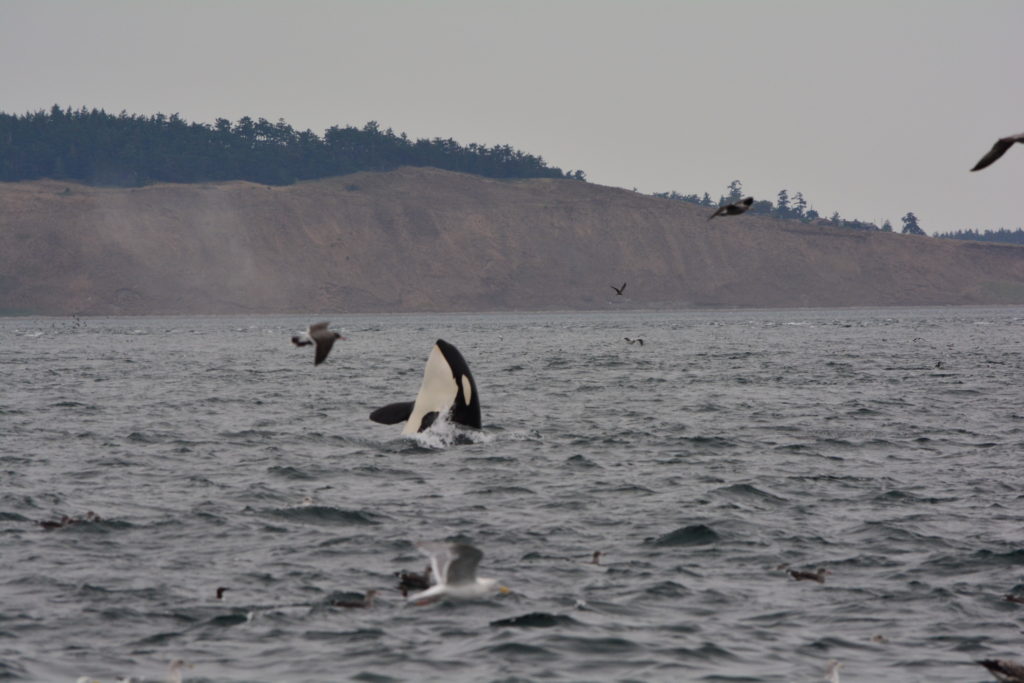 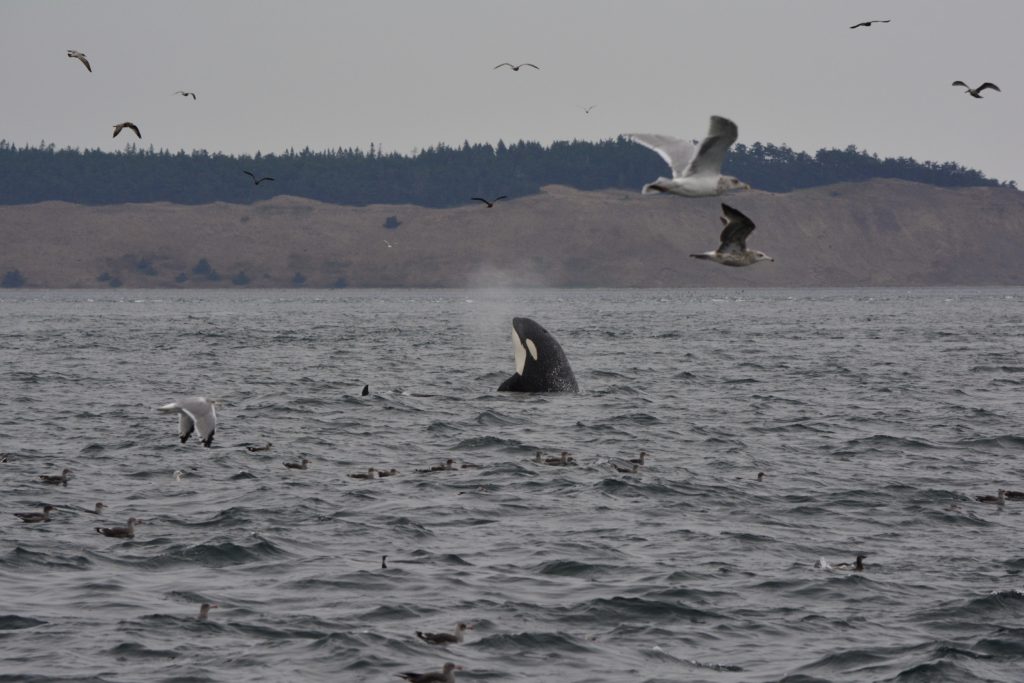 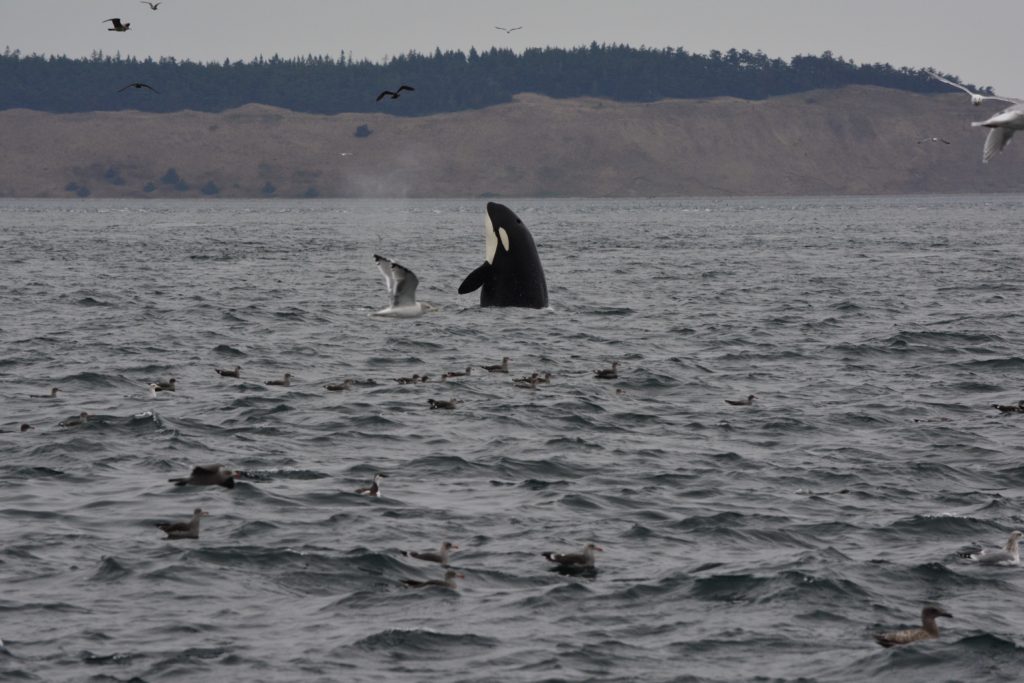 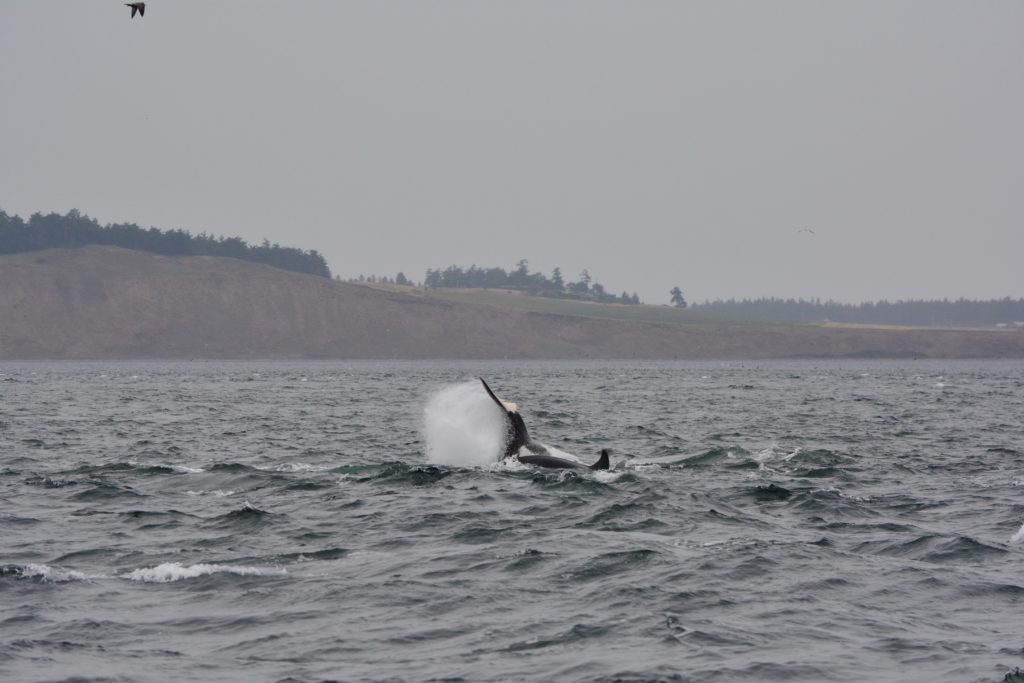 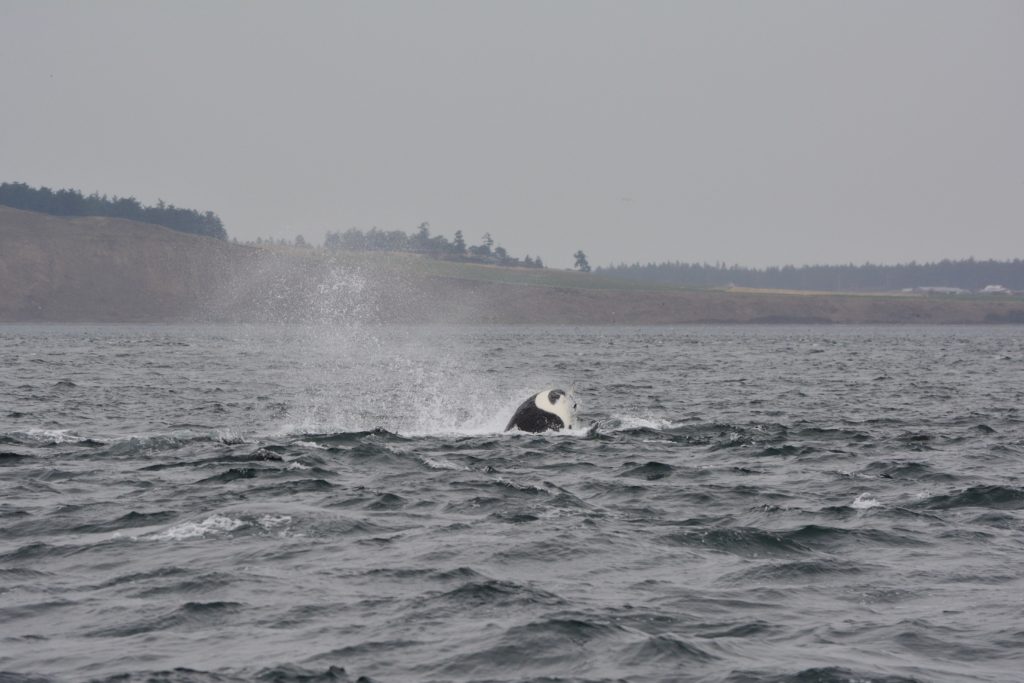 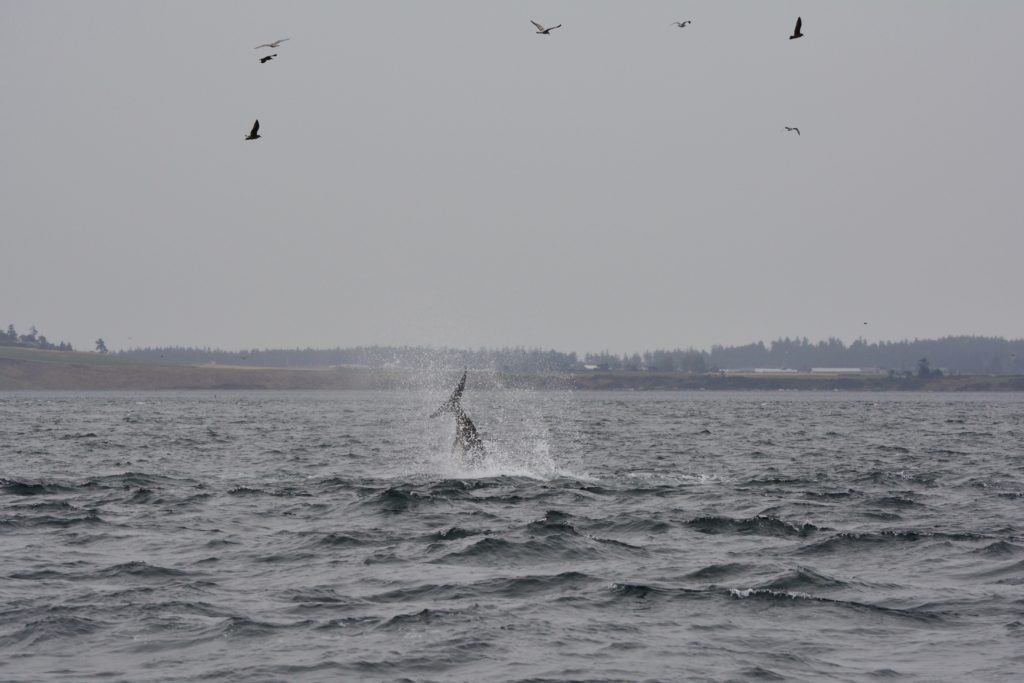 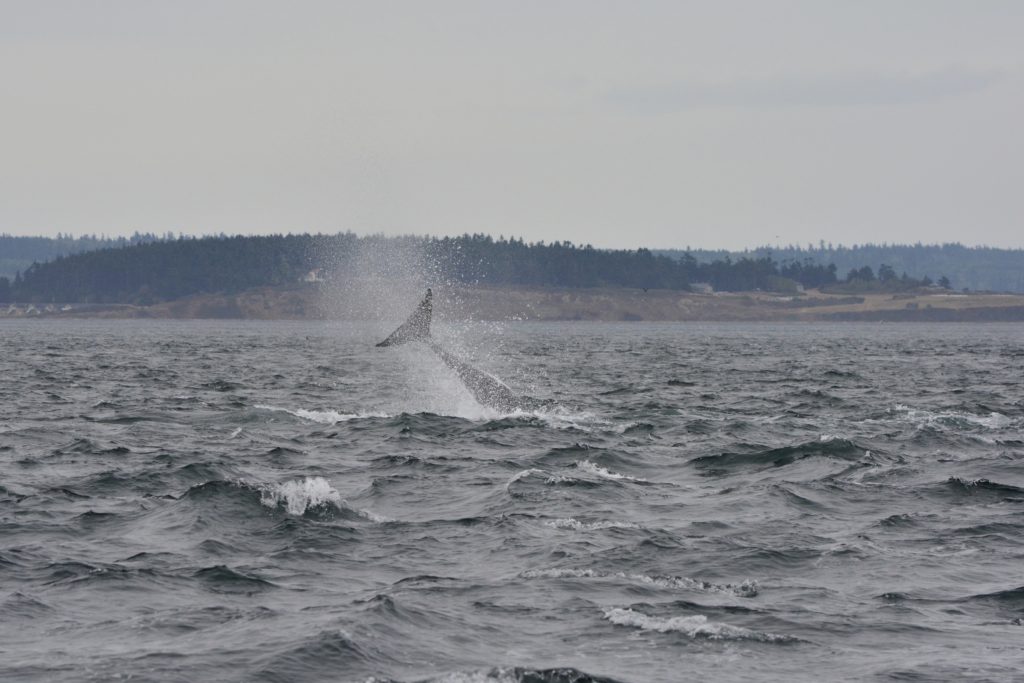