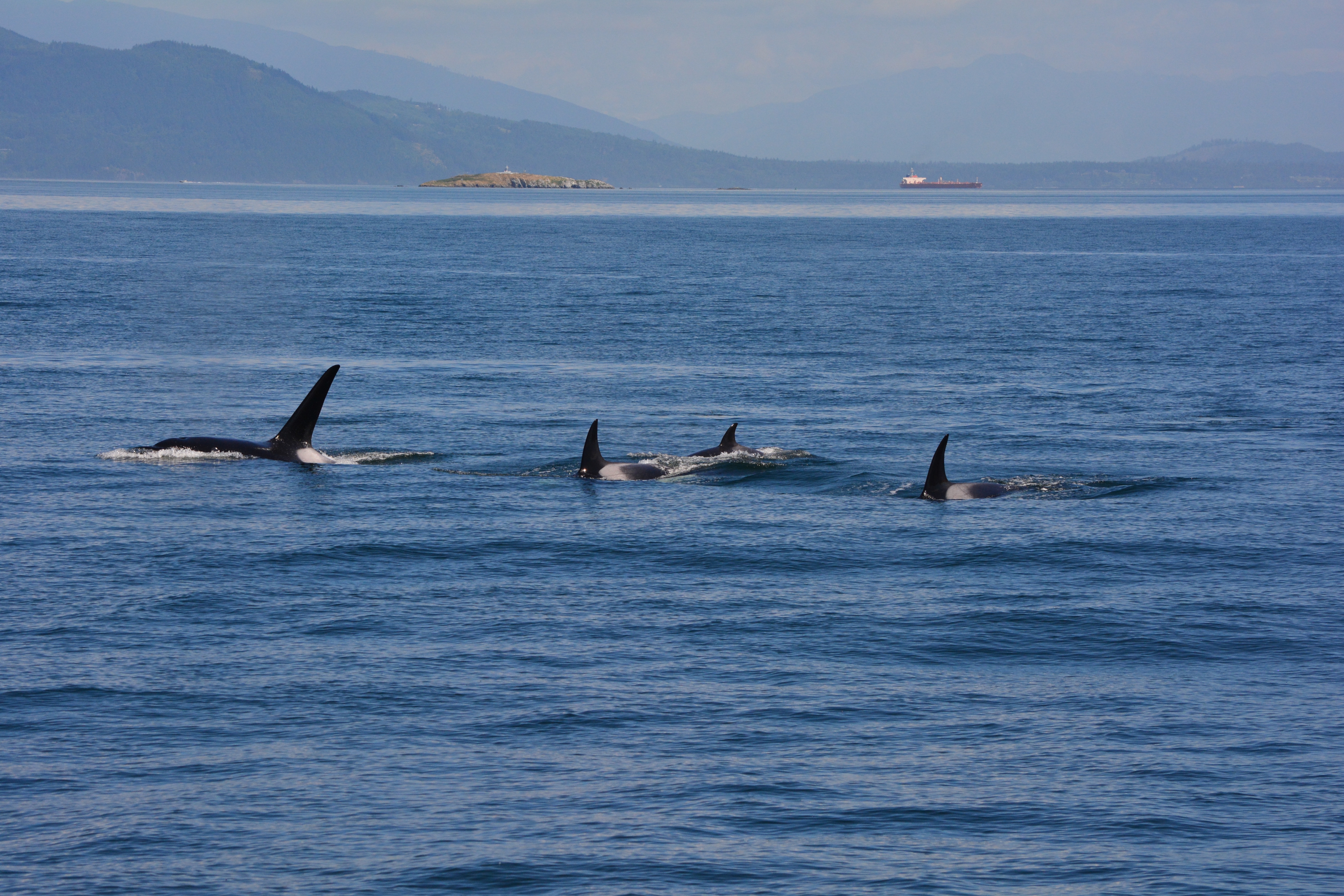 What’s black and white and weighs 8,000 pounds and is a force to be reckoned with when she’s hungry? Why, a Transient killer whale of course! M/V Sea Lion was pretty excited today to encounter these critters hunting out in Rosario Strait. The T75’s and the T77’s were meandering around out here throughout the course of the day, snacking on various seals and porpoises and getting in some quality family and play time. We were able to witness plenty of hunting behavior as well as a transition to the more spunky, splashy behavior we appreciate from this amazing species! Some of my favorite shots from the day are below. 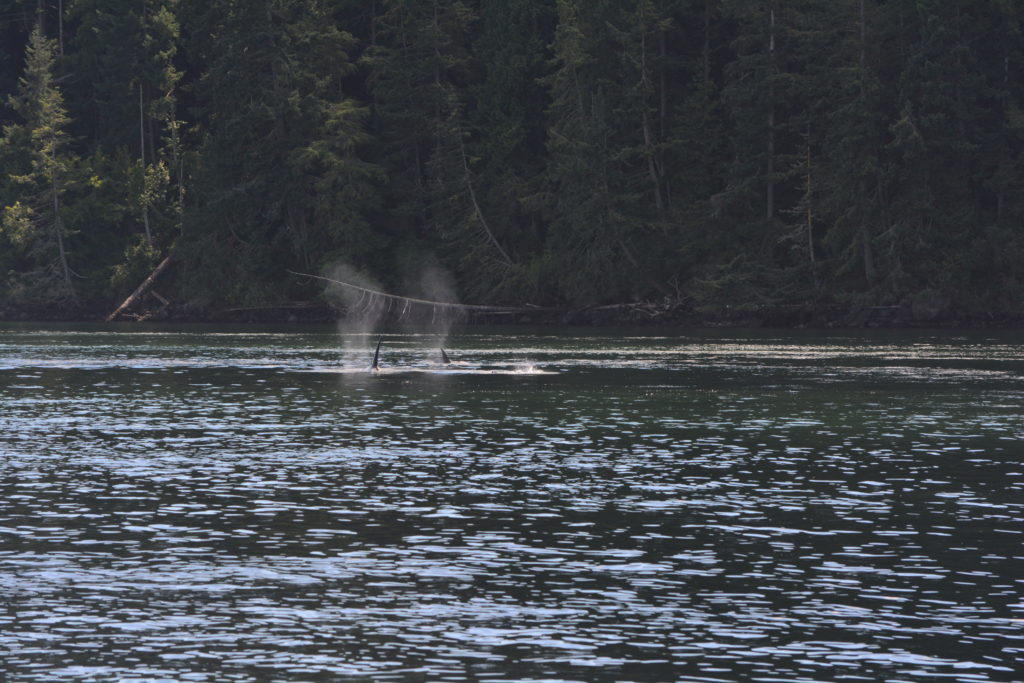 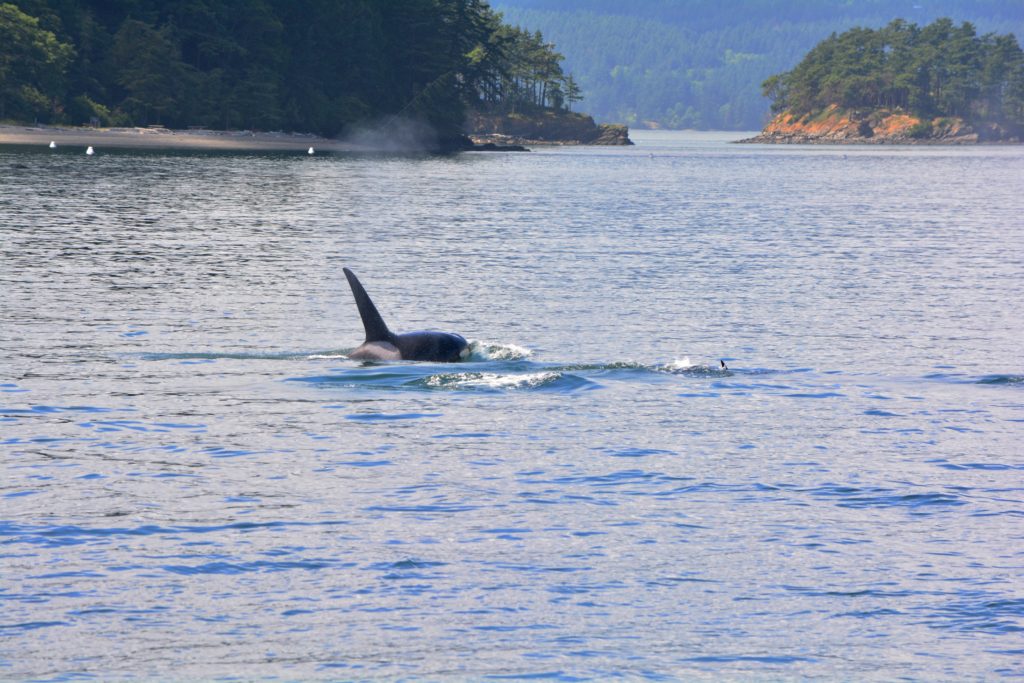 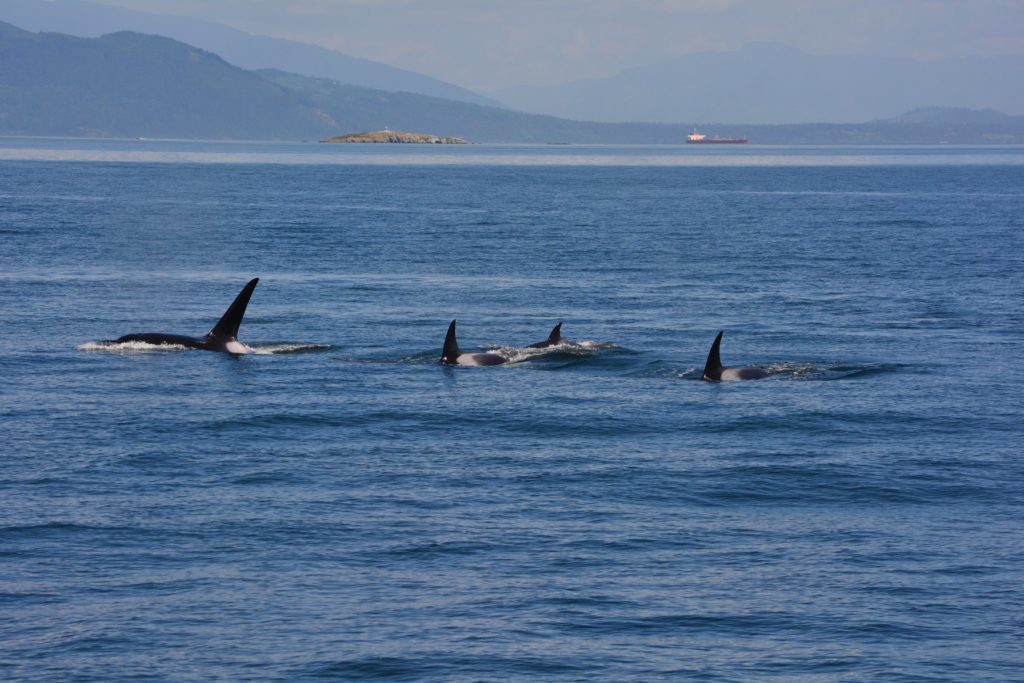 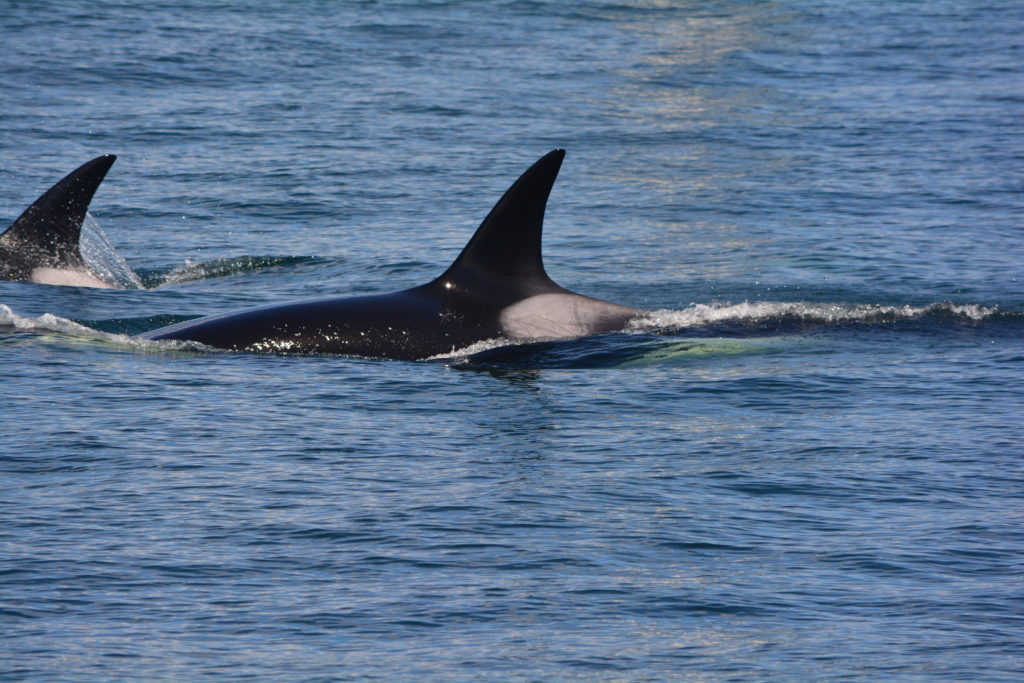 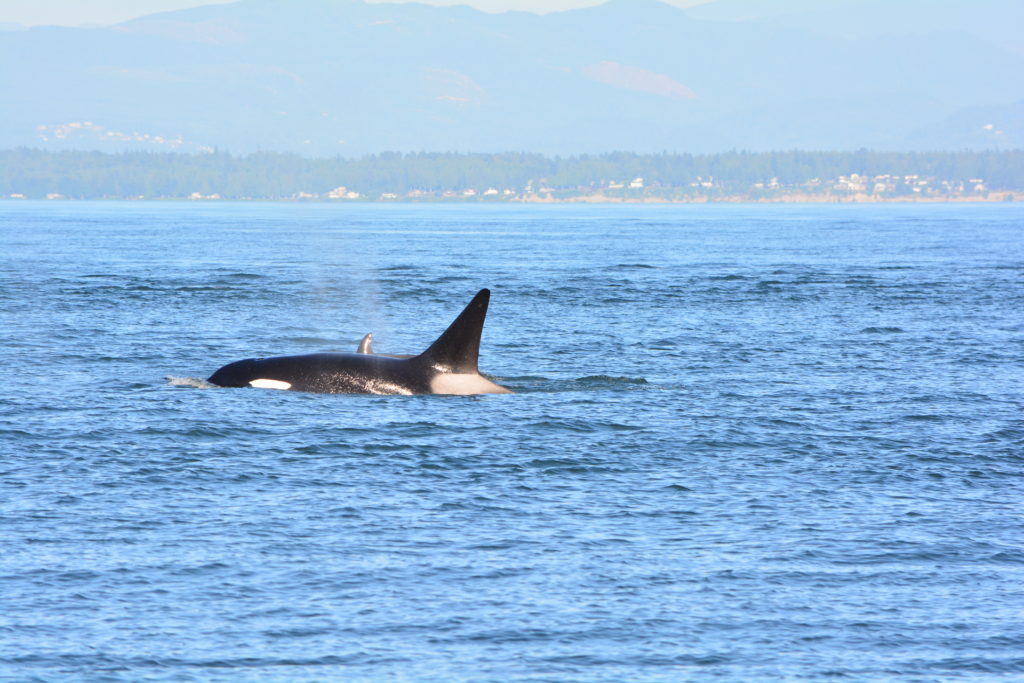 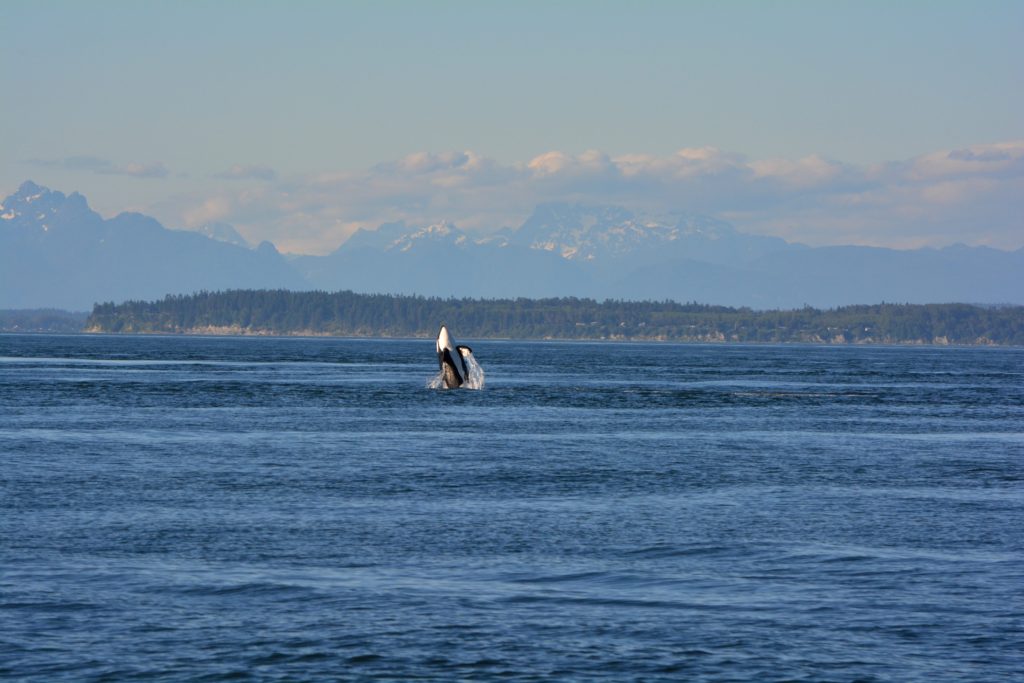 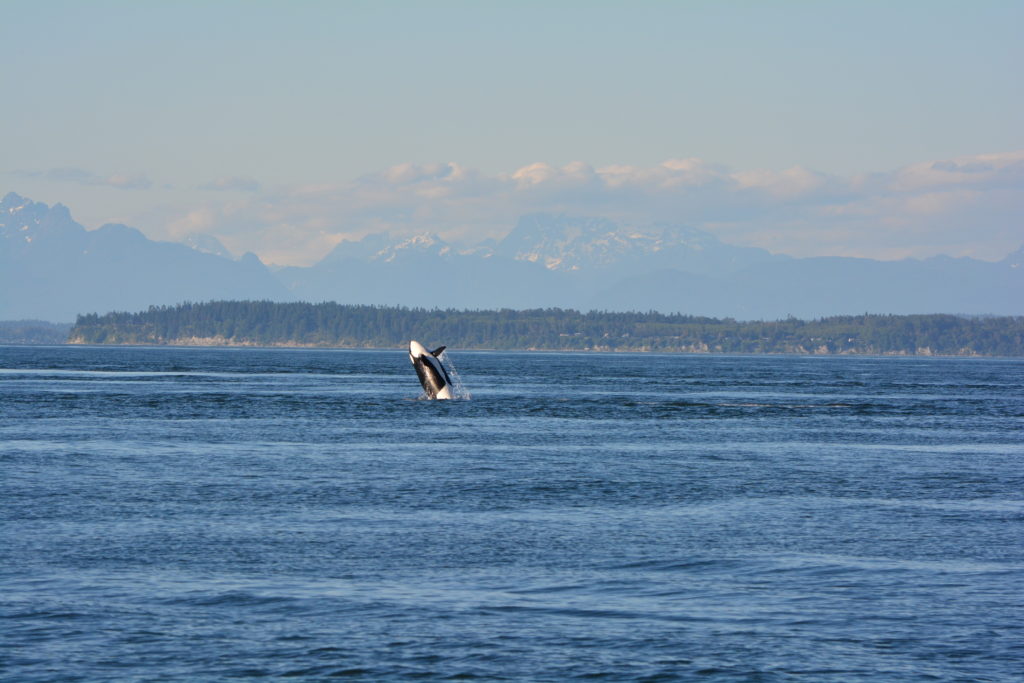 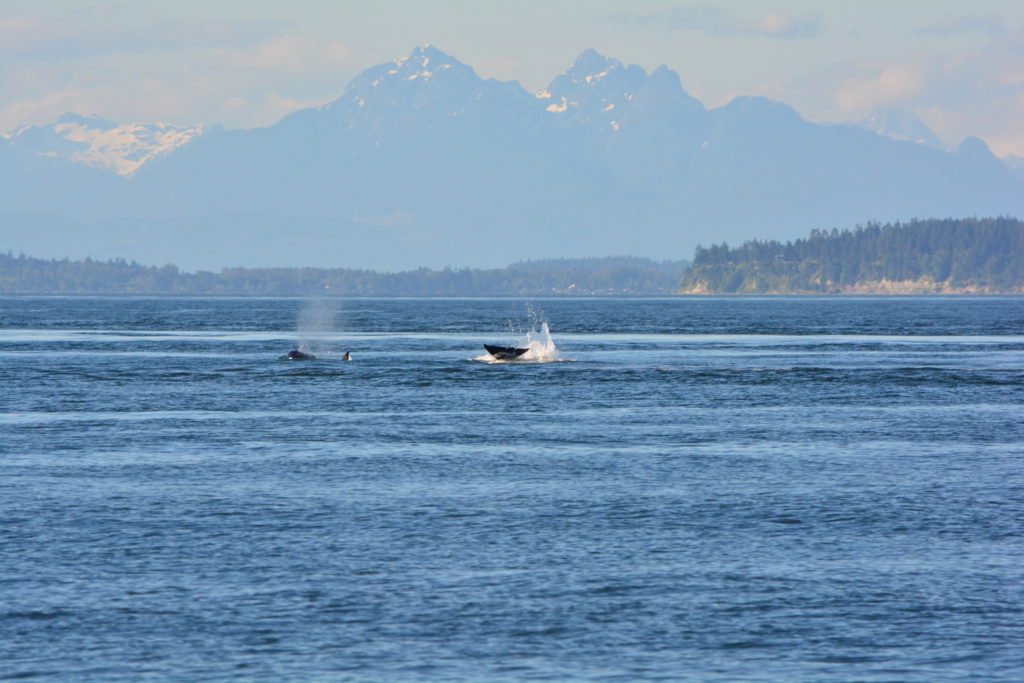 These orcas are extremely capable hunters, and they have echolocation to thank for that? Every wondered exactly how this phenomenal sixth sense works? Orcas are capable of making three different sounds – calls, clicks, and whistles. However, without vocal cords, they produce the sounds in a very different way than we do – they’re able to squeeze air between balloon-like sacs in their heads. You can think of it like us talking through our noses.

Clicks are specifically what the orcas use to echolocate. These pulses of sound help the orcas find food, recognize objects, and get a better idea of their surroundings when they’re in dark water. They use a fatty part of their head – called the melon – to concentrate a series of clicks in one direction. Once they hit an object, they bounce back to an oil-filled matrix in the whale’s lower jaw, which transmits the sound up to the middle ear. This allows them to produce an underwater “map” so they can read their surroundings!

How amazing are these animals? I’d love to be able to see underwater. I’ll settle for the opportunity to watch these whales utilize echolocation in action – come see it for yourself!