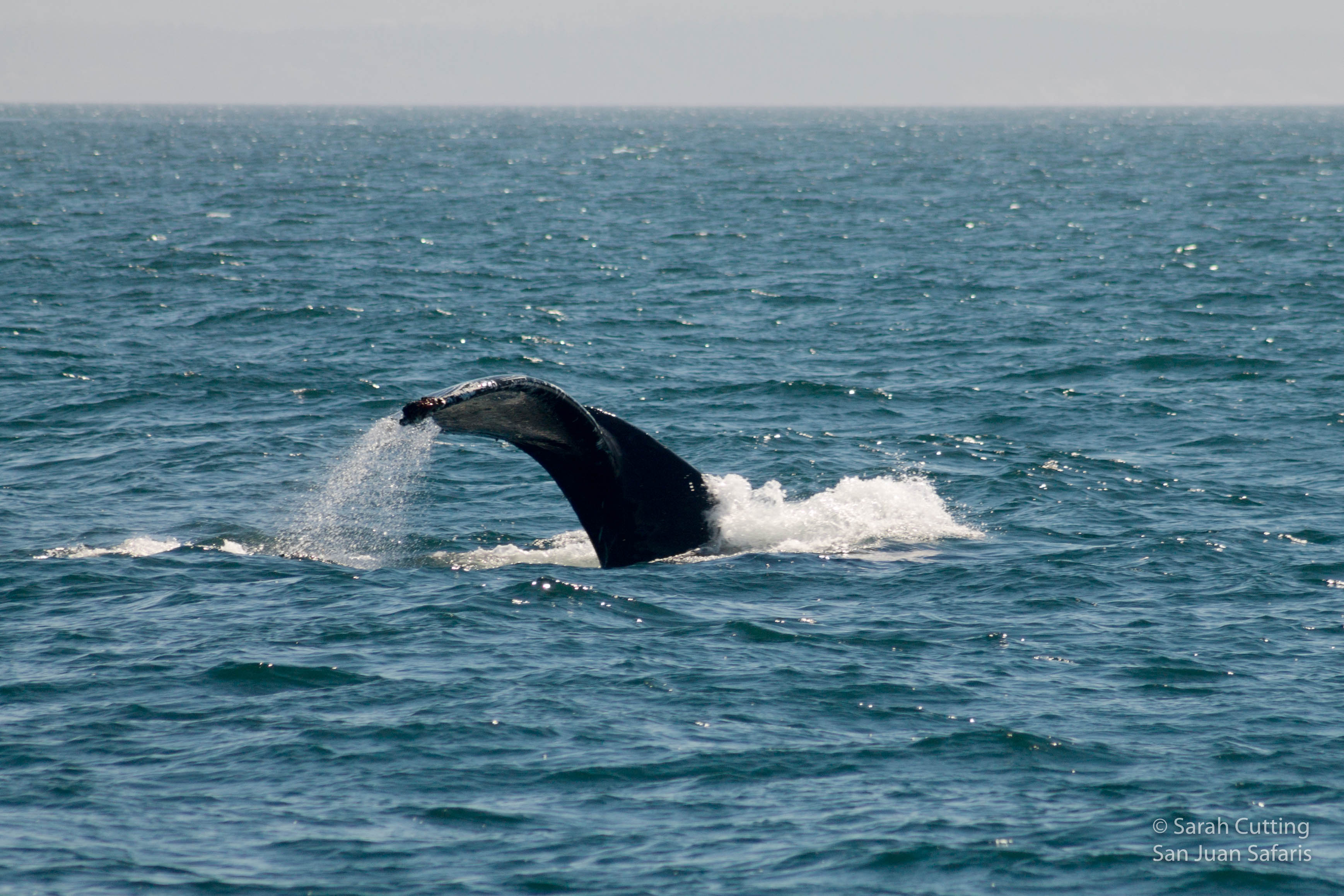 M/V Kestrel, the adventure boat, shot out of Friday Harbor from San Juan Island in search of whales, and we had a report south of Victoria. We meandered past some seals and a few female Stellar’s sea lions on Whale Rocks before taking the drive down to see the whales. When we arrived, we searched the horizon, and then BAM! A baby humpback whale threw its little (well, maybe not so little, considering even at birth they are about 10-15 feet long and weigh about 1,400 pounds) body out of the water in a full breach! We cheered and were elated to even see the whale breach once. But soon, another breach! And another! And a pec slap! And another breach! And a tail slap! This baby just would not quit with its playful antics, perhaps driving mom a little nuts as she cruised alongside it and underneath it.

Humpbacks do not breach too often up in the Salish Sea, because they are up here to feed during the summer months. In the fall-spring, these whales make their way down to either Hawaii or Mexico to breed, and during those months a lot of breaching will take place to show off to others and to impress possible mates. Breaching does still occur from time to time up here, but it is more often times to play, or even to scratch an itch on its back. And in the case of this baby, sometimes it happens in order to just let out some energy!

We must have seen that baby breach 20 times. It continued to playfully splash around even as we had to leave the scene, and we waved it goodbye as it pec-slapped against the water. It was a rare and super neat sighting. Such a cool day!