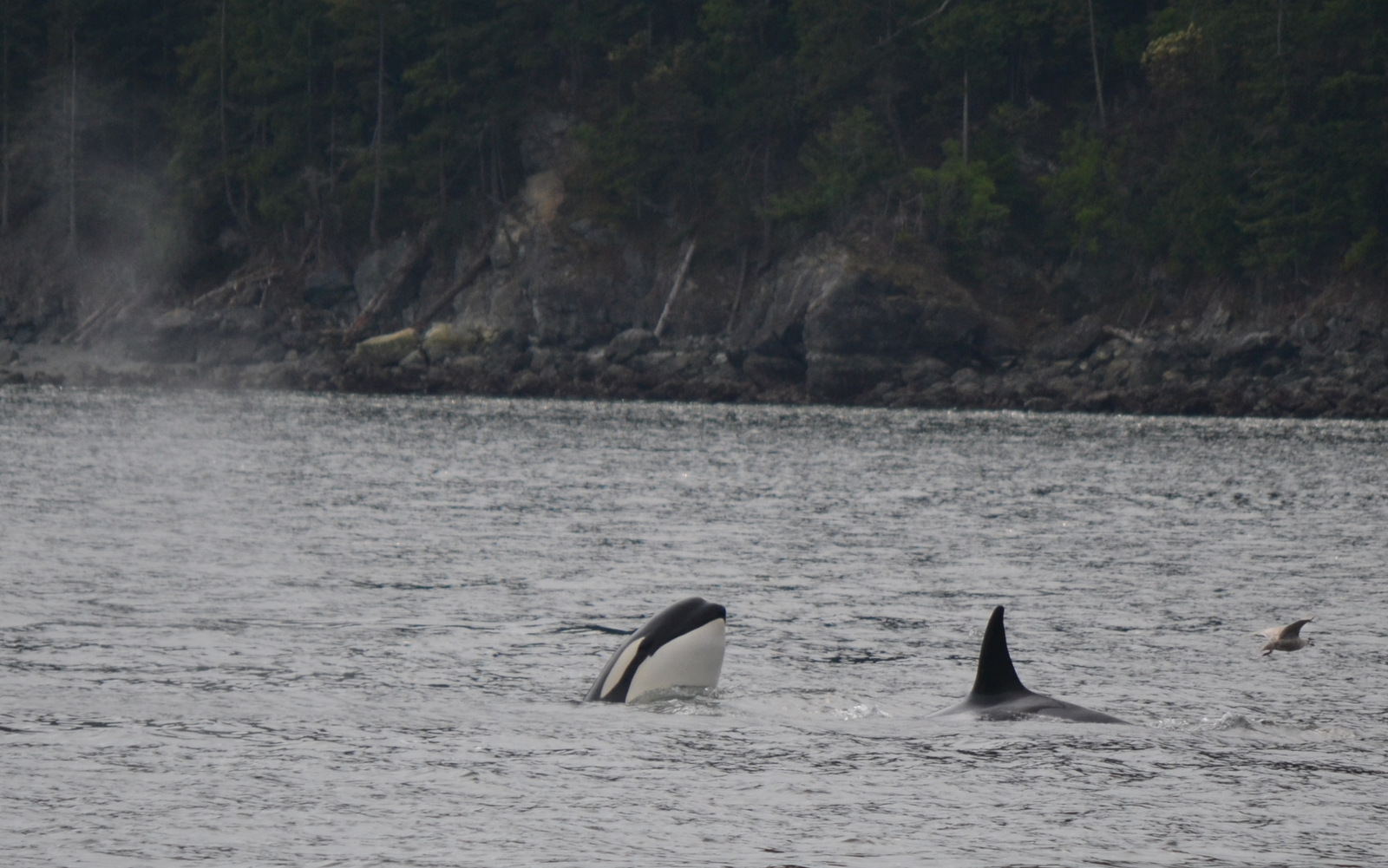 If King salmon start running to their spawning rivers in force, as they have for the past thirteen thousand seasons since the lifting of the last ice age, then whale watchers will feast their eyes on feasting resident orcas from June through September.  But until that time comes, another type of orca, Bigg’s (transient) killer whales, has free rein of the Salish Sea.  Despite the nearly identical appearance of these two ecotypes, resident orcas want nothing to do with transients, and transients could care less about eating salmon.  What do transient orcas eat?  Cute, pudgy seals will serve.  Perhaps a side of sea lion.  A little porpoise perhaps?

Guests aboard the M/V Sea Lion were delivered to Canadian waters once again today to spend time with a pack of 6 Bigg’s killer whales.  We arrived on scene just after the sea wolves were finishing lunch.  A swarm of gulls hopped along the surface in the wake of the whales, vacuuming up bits of flesh.  Our guests were treated to several spyhops, a type of breach in which an orca corks up vertically in the water to have a look around.  All at once we were on the run over to Moresby Island near Sydney, B.C..  The troop traveled with determination toward a shoal known to host more of their favorite marine mammal snacks.

The trip back to San Juan Island was a thrill.  The M/V Sea Lion rode the swell like a cowboy on an angry bull and busted through rapids like a linebacker.  The icy wind and grey skies inspired a brief survey of Speiden Island’s exotic wildlife before we dedicated ourselves to returning to the protected embrace of Friday Harbor.