The day of the Exotics! Little-known Transient Orcas in the San Juan Islands 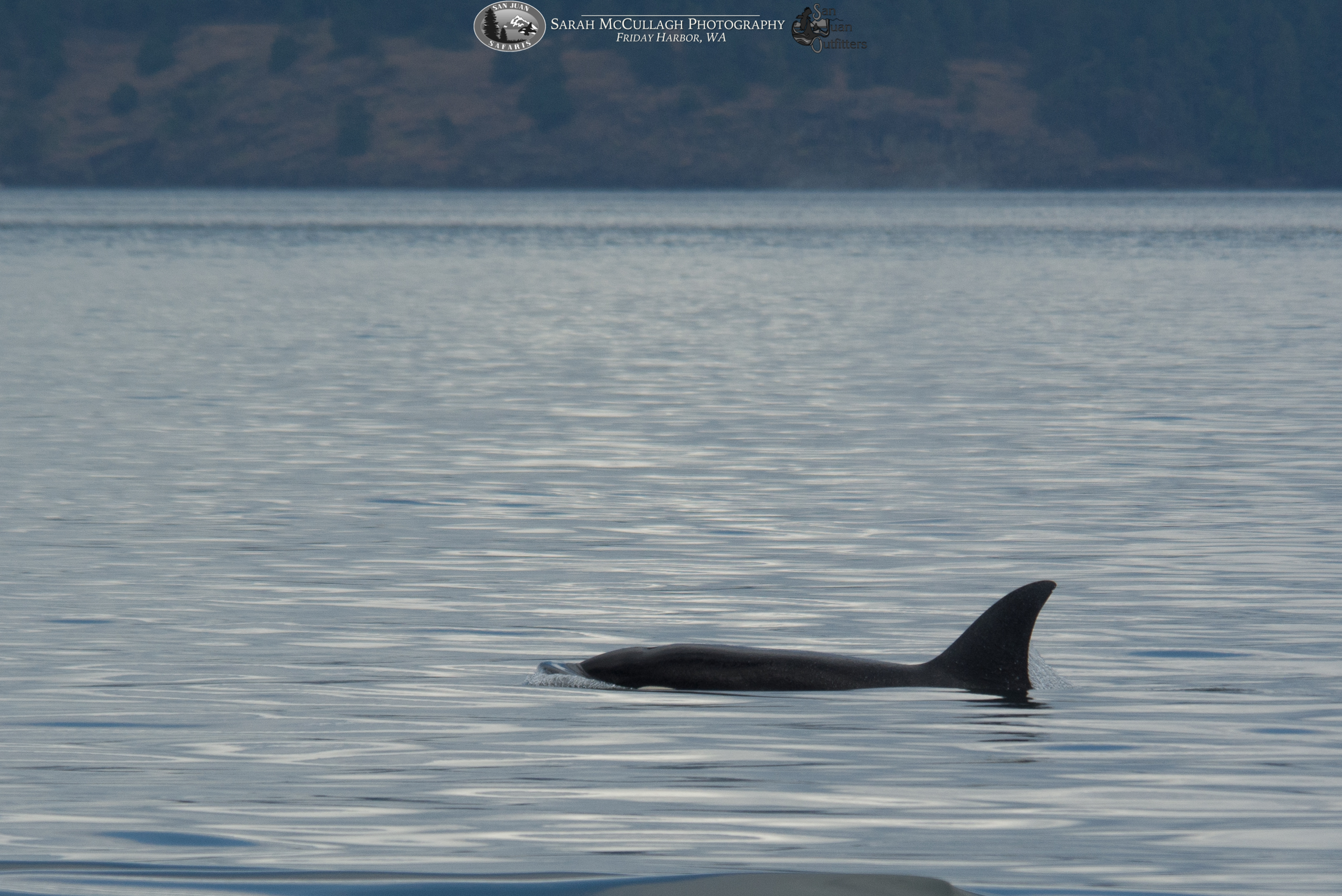 The M/V Sea Lion has been such an excellent viewing platform for us over the past years. So many killer whales, humpbacks, seals, sea lions, and birds have been enjoyed from her deck since her maiden voyage in 2007. It is unusual that we find something, or some-whale, that we have not seen before. Yesterday was one of those days!

Captain Mike steered Sea Lion north out of Friday Harbor, and headed directly into northern Haro Strait. There had been a large group of transient killer whales reported from the west side of San Juan Island earlier in the day. Rumor had it that they were “exotics” or whales that we do not see in our waters very often, if ever!

We arrived scene to very spread out whales, and a pair of females making a kill. They launched themselves out of the water, most likely chasing and killing a harbor porpoise. The whales shared the kill and started to move on. One of the Center for Whale Research’s boats, Orca, arrived on scene carrying two of the world’s foremost experts on killer whales, Ken Balcomb and Dave Ellifrit. After some photos and observations of the whales in front of us, they radioed over to Captain Mike, “We think we’ve got T172 and then the other whale is unknown!” THIS NEVER HAPPENS! We stayed with the two females for about 20 minutes before joining up with another group of whales on the Canadian side of the strait. 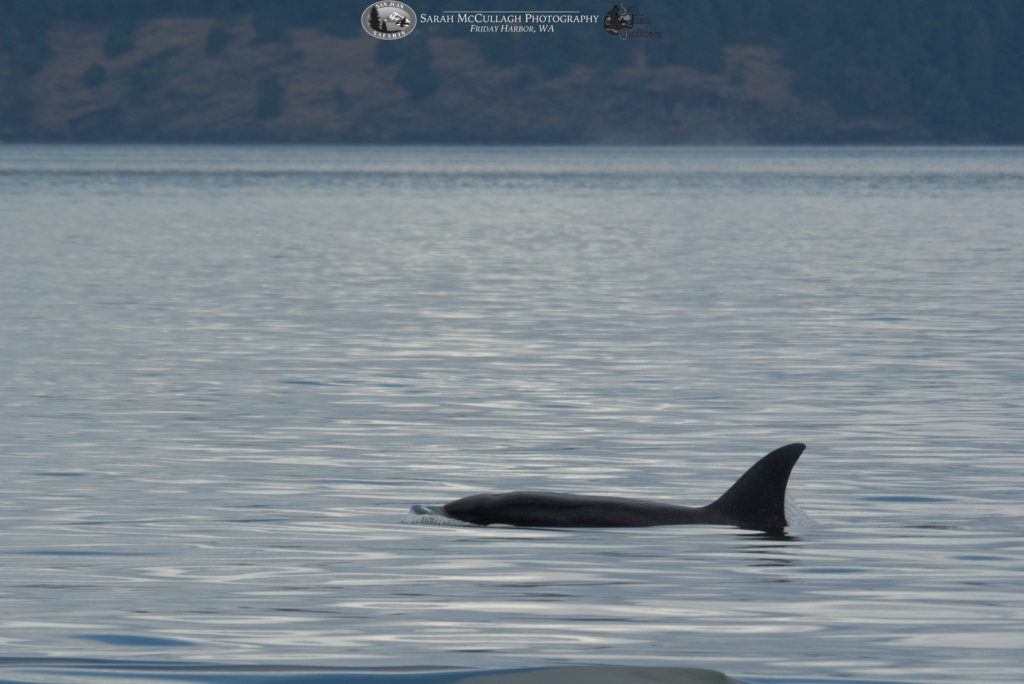 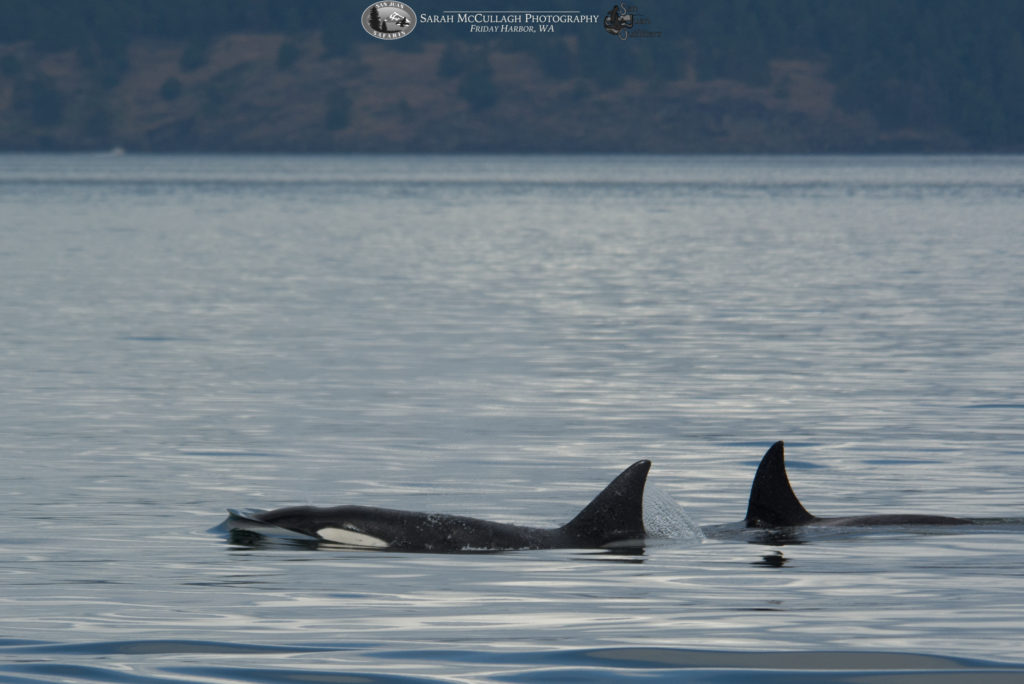 This next group of whales was large and playful! Some of our “regulars,” the T036As, were cruising with some of these exotic visitors. We relished watching the roly-poly juveniles playing with the older members of the group. Perhaps most exciting was our sighting of T170 “Shredder,” a large adult male, estimated birth date of 1973, who’s dorsal fin is super jagged on its trailing edge. He is certainly a bucket list whale for most naturalists in the Salish Sea. We also encountered the lone male T049C, and, after inspection and much conference on identifying marks, the family known as the T117s was also present. 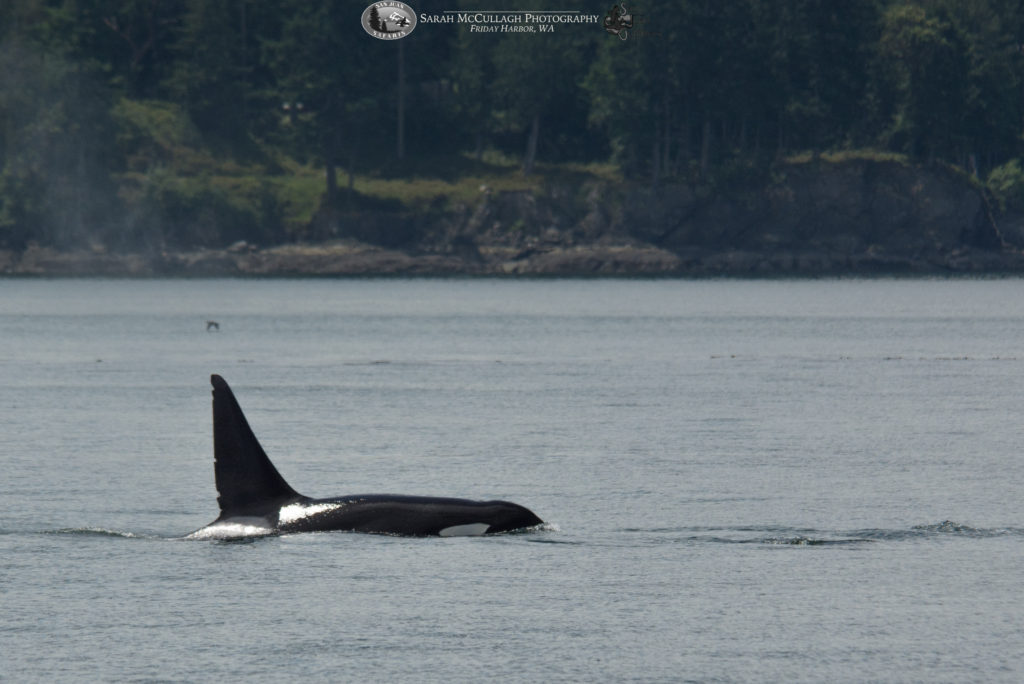 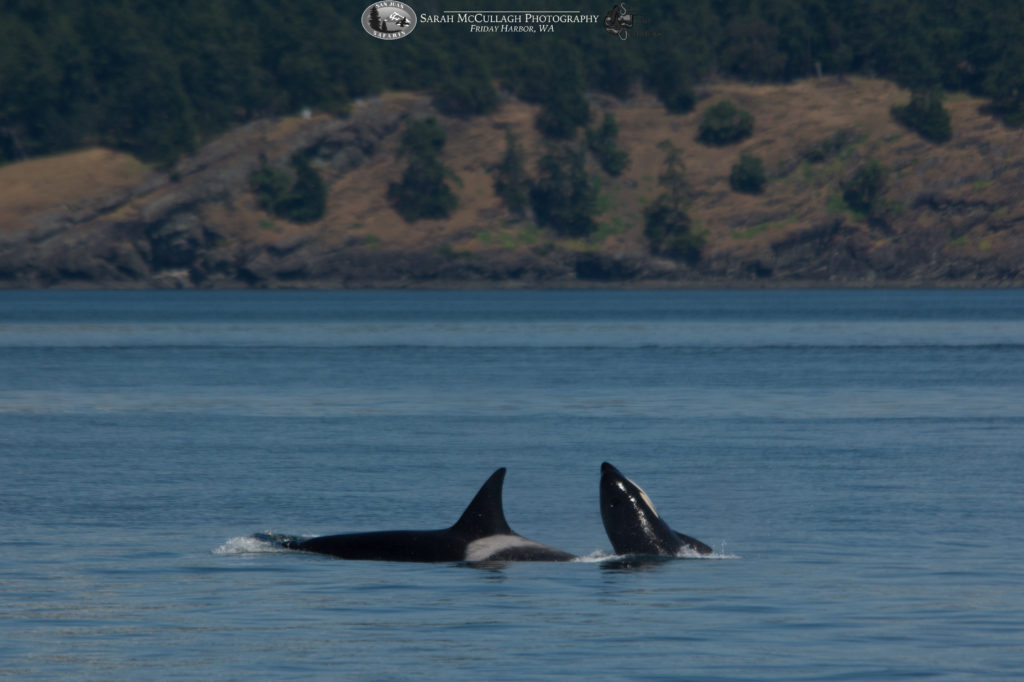 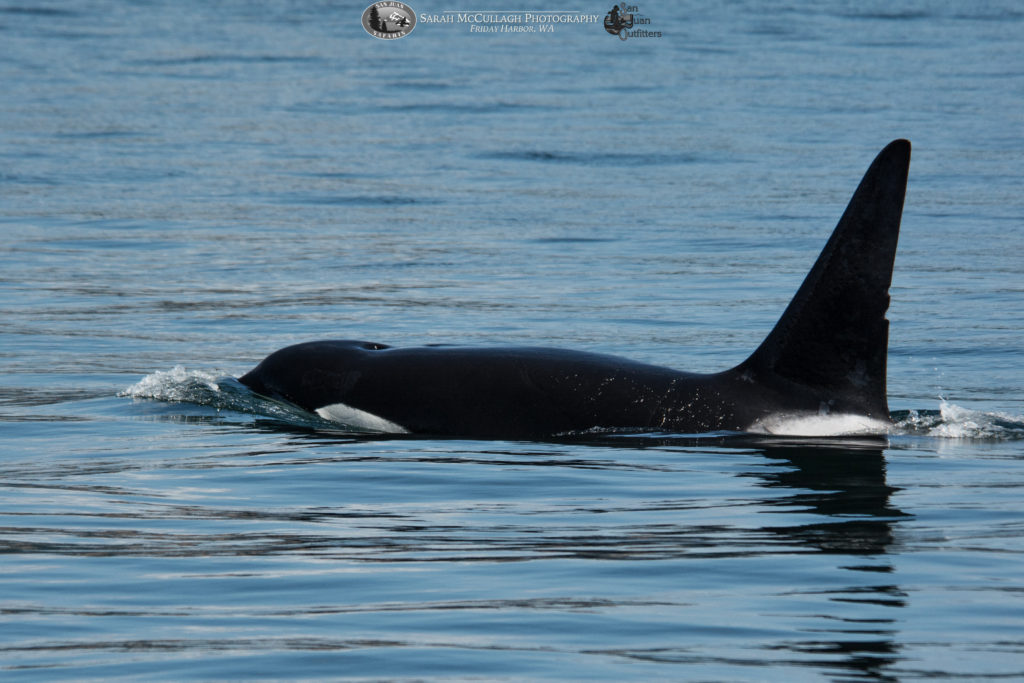 We capped off our trip with a visit to Sentinel and Spieden Islands to check out some seals, bald eagles, and the other exotic wildlife of Spieden. 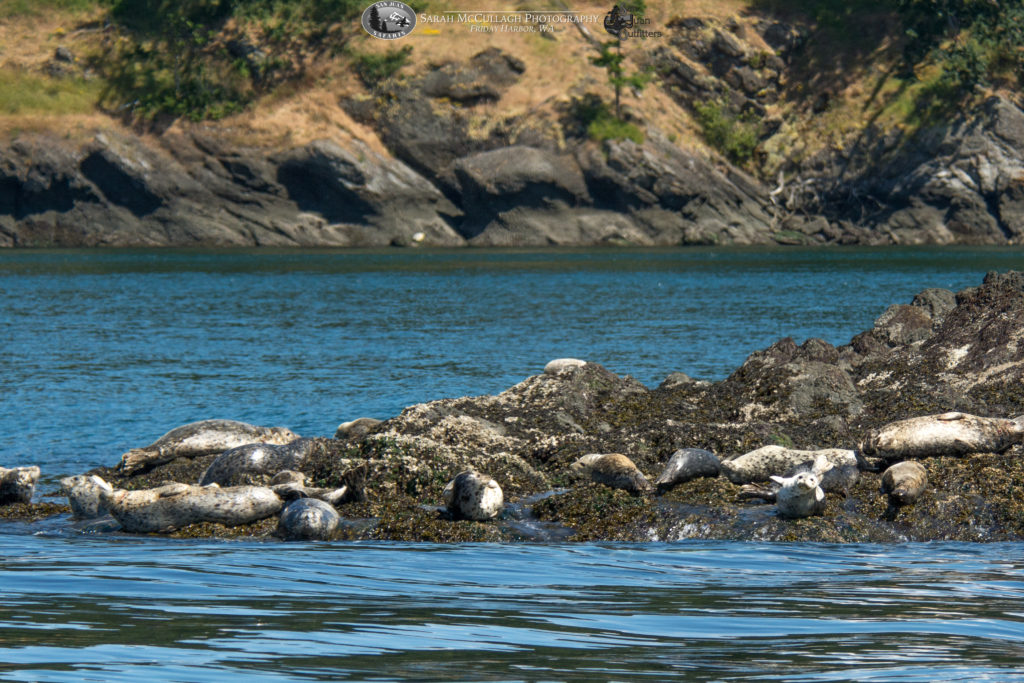 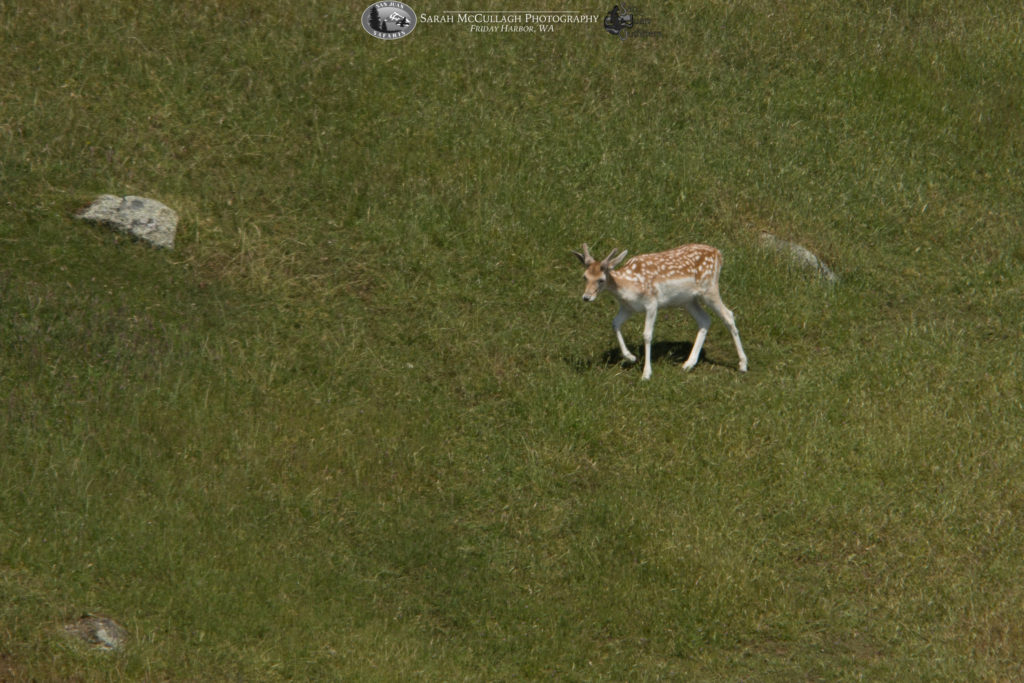 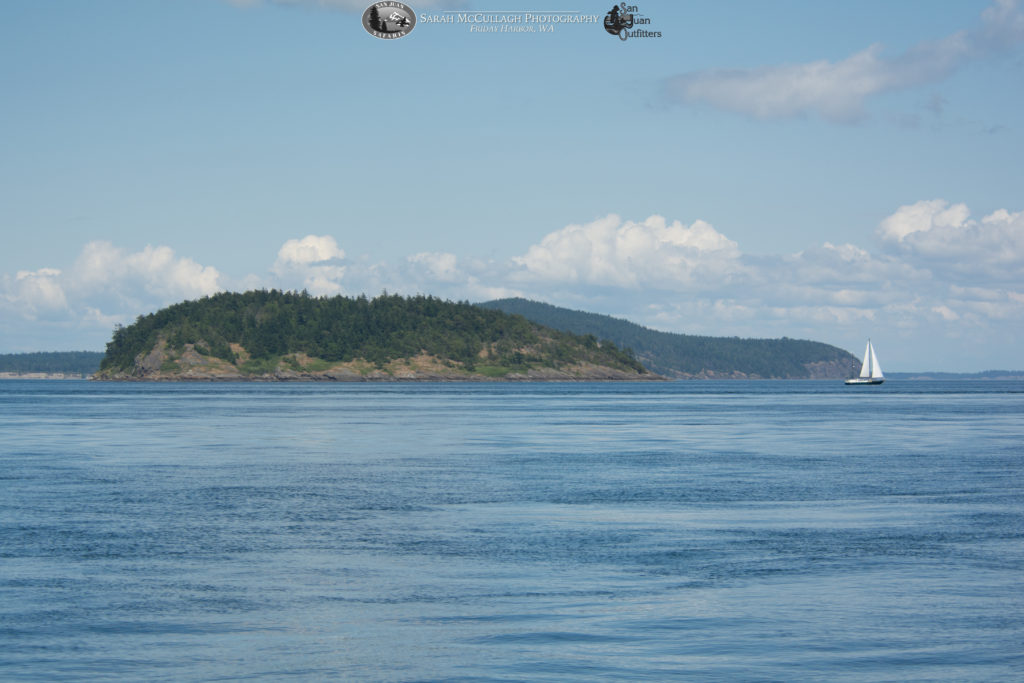