A Day in the Life of an Orca 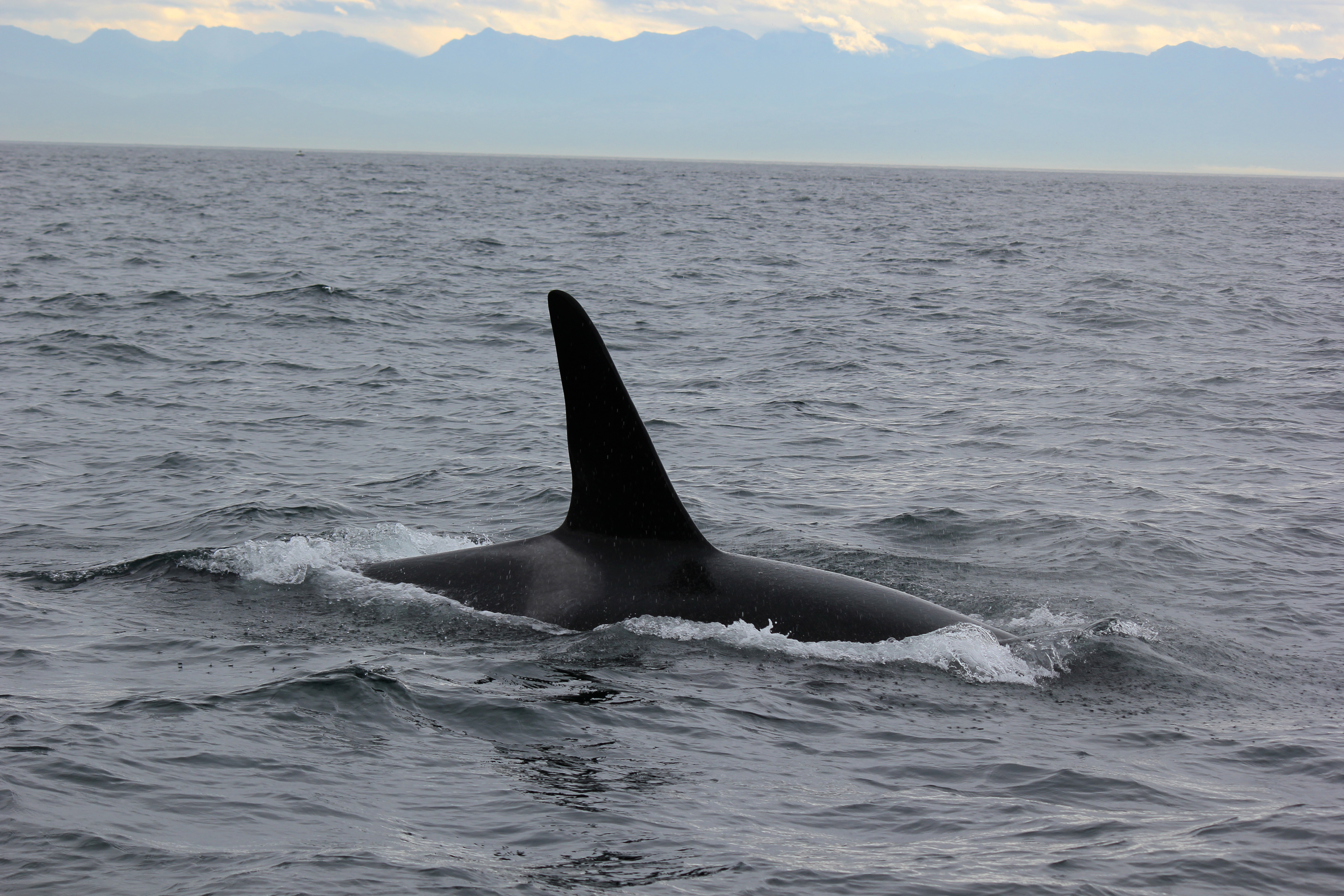 Today we had the rare opportunity to observe the same group of orcas for both of our trips.

On our first trip at 1:30 we picked up the T77’s, a family of five, as they were approaching the west side of Henry Island, just north of San Juan Island. Almost as soon as we arrived on scene, they had locked on to some prey and started munching away, signaled by lots of fast direction changes, circling around one point, and splashing.

After the T77’s finished up their meal, they continued towards the north end of San Juan Island. The oldest male in that group, T77A, separated from the rest of his family and presumably hung out around Henry as the remainders of his group moved eastward. At that point we turned back to Friday Harbor to drop off our first load of passengers.

As we left the dock for our second trip, T77 and her three youngest offspring had traveled along the east side of San Juan Island and were almost as far south as Friday Harbor! We had the privilege of following them as they continued their journey south towards Cattle Pass. Just off the southeast coast of San Juan Island, we watched them make another kill, performing the same circling/splashing activities before as they had their second meal we had observed today.

Throughout the course of our two trips, we got an amazing visualization of what orcas do with about half of their day. We observed purposeful, directed travel, and two meals being eaten, about five hours apart from each other. We really did get a good feel on what a day in the life of an orca looks like!

Also a very happy birthday to Jyoti, and a big thank you to her wonderful family for coming out with us today!