Through Deception Pass to Transient Orcas in Saratoga Pass

On Saturday, Captain Gabe and I took an early morning crowd on another fun trip over the water. We left Friday Harbor and went south in between San Juan Island and Lopez Island. Our first stop was at one of my favorite places, Whale Rocks. We stopped here to look at a large raft of Steller Sea Lions swimming and playing in the swift currents whipping around Whale Rocks. There were even more Sea Lions above sitting and warming up on the rocks. The raft that was playing swam through the kelp beds in between them and us and popped up pretty close. These sea lions are huge! They are the largest sea lion species on the planet! The males can be around 11 feet long! It was super cool to see them so close. They kind of look like swimming bears. 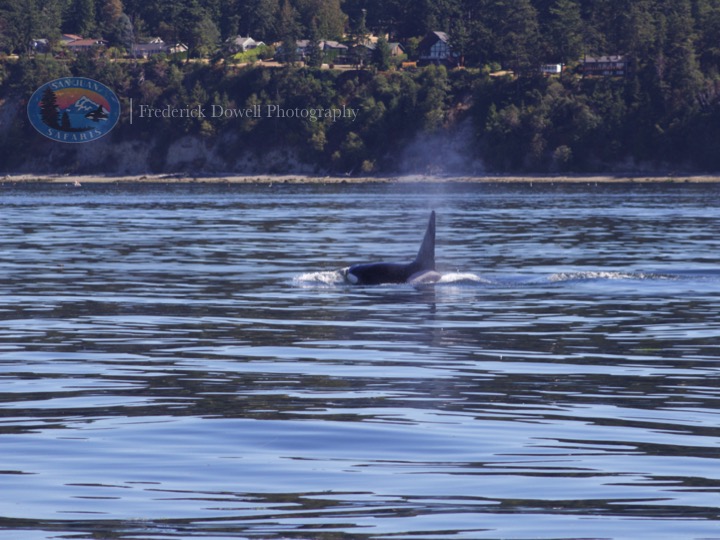 Next we went east. We soon crossed Rosario Strait and went through Deception Pass. Deception Pass has an intimidating name but is a beautiful area. It is a narrow pass surrounded by enormous cliffs and an impressive bridge spanning the distance. We passed over the swirling eddies and through the shadows of the cliffs of Deception Pass. We continued to travel east and south through Saratoga Passage and soon started to see some telltale blows of whales in the distance. It was a group Transient (Bigg’s) Orcas. The Transient Orcas are the ones that prey on marine mammals and this was a group of two or more families. I managed to identify the T137’s as one family, but I was unsure about the other families. It seems like this group was not hungry though, since they passed a Steller Sea Lion, a Harbor Seal, and some Harbor Porpoises swimming by without hunting them. We watched them as they swam north and left them just around Strawberry Point. As we headed back out through Deception Pass, I saw a flock of Pelicans! This was probably mostly just exciting for me. Pelicans are exciting in my home state of North Carolina but not common at all up in Washington. We took a small br  eak at Deception Pass on the way out to take photos of the impressive bridges and overwhelming cliffs. Then it was time to head back to Friday Harbor. Whale folks, until next time. 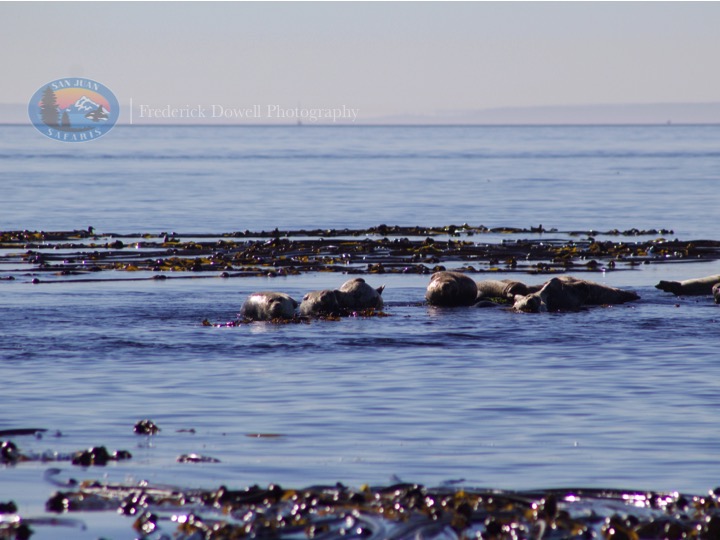