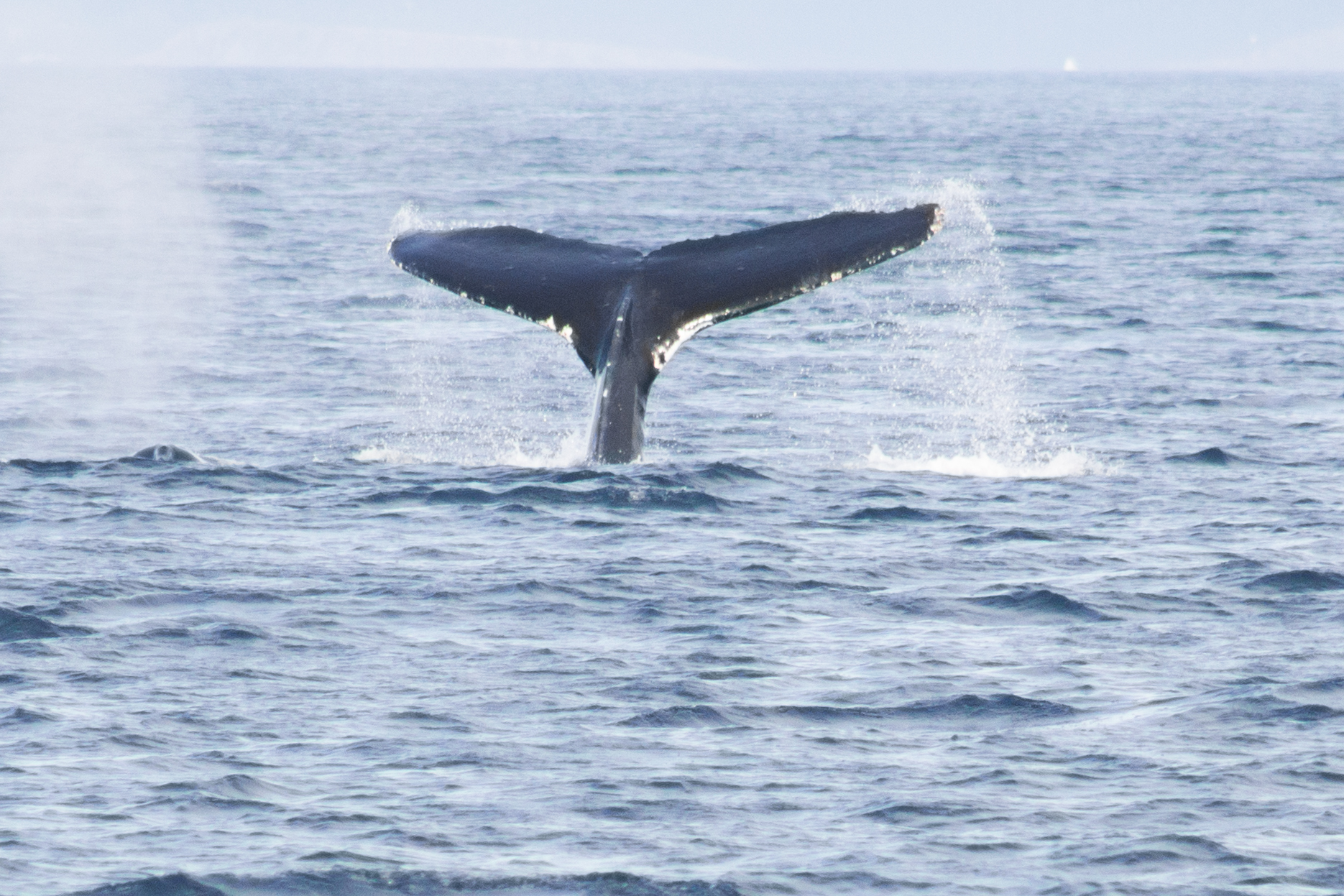 You just never know what to expect on these trips! It was a day of adventures near San Juan Island, but it began as a usual day as M/V Sea Lion departed Friday Harbor towards Cattle Point and the Haro Straight. Harbor seals and Stellar’s Sea lions were basking on a small island of rocks jutting out from the churning tides, which are the mixers for this special ecosystem. We admired the graceless pinnipeds as they flopped around on land, and we soon cruised on in search for the larger animals, whales. We spotted harbor porpoise along the way to our first large animal, a humpback whale!

The humpback was taking a series of slow breaths, not often taking a deep dive, which meant we got to observe it for quite some time. It seemed docile and calm, until it suddenly threw the lower half of its body out of the water with a giant clap of sound and an eruption of water! It did it not once, but twice! Perhaps it was scratching an itch or just having some fun. It then took a deep dive and we waited in anticipation to see it surface again. But, we didn’t expect it to show up just in front of our boat! We were straight up mugged! We watched this magnificent animal for a little longer (and rescued a giant birthday balloon from the ocean in the process- saving our oceans one balloon at a time) before taking off to also see a Minke whale before circling back to Friday Harbor. And just when you thought the trip was over…

…there was a deer spotted swimming from Brown Island to San Juan Island, just across Friday Harbor. “A simple task,” that deer must have thought. However, like a dark cloud, the ferry leaving the harbor began to loom in and descend… right towards the path of the deer. It was a T-bone incident waiting to happen. Our boat, stopped to let the ferry by, watched in horror and in horrible anticipation. It was like watching a train wreck- no one could take their eyes away, but everyone began to realize the predicament the deer was in. And sure enough, the ferry came by, the deer disappeared, and everyone gasped and became quiet.

The ferry slowly cruised past.

A wake was created with swirling, bubbling circles, and our eyes frantically searched the surface of the water. And soon, out of the watery depths arose the luckiest deer on planet Earth from under the wake of water, JUST having missed the front end of the ferry. Cheers erupted and the heavens sang, “Hallelujah!” We watched the deer soon climb to shore, shake itself off, and clumsily climb up the island. Welcome home, deer and guests!

Just proof that you never quite know what to expect while out on the water!