A Four Cetacean Day in the San Juan Islands 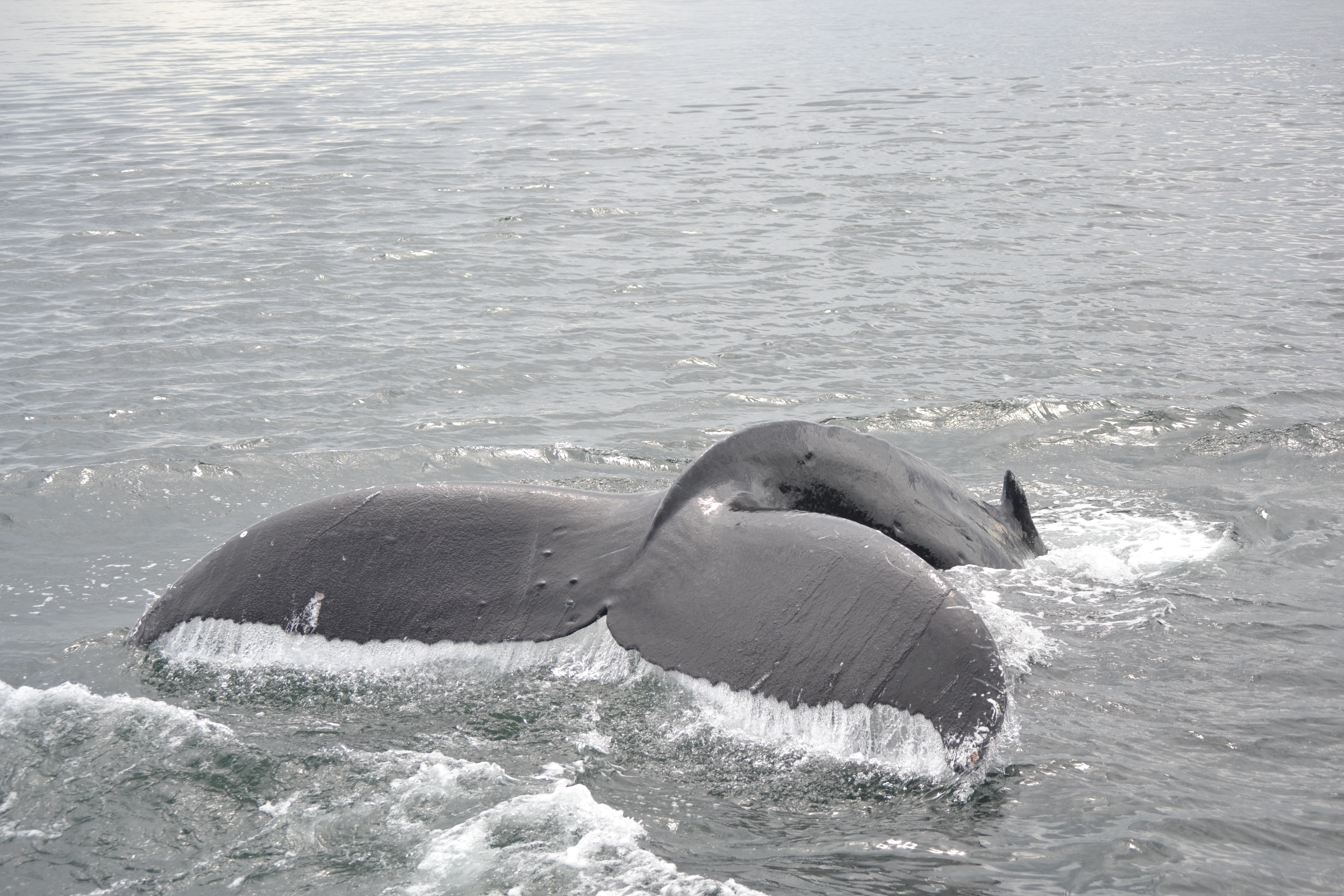 Today Captain Brian and I took the M/V Sea Lion on a high seas adventure to spot not one, not two, not even three, but FOUR species of cetaceans! We left Friday Harbor and headed south around Cattle Point and up into Haro Strait. The mountains were so clear all around us today, from the sweeping Cascades to the beautiful Olympic Peninsula. As we motored we were fortunate enough to catch a glimpse of a small group of black and white Dall’s porpoise.

We traveled across the Strait to find a family of transient, marine mammal-eating killer whales known as the T123s. We followed the family as they travelled directly towards Discovery Island in British Columbia. The family was travelling in a tight group and we had several great looks throughout the encounter.

We left the killer whales to find a pair of humpbacks, a female with her young calf, hanging out on the west side of San Juan Island. The highlight of the day was this new calf launching itself into the air for three full breaches! We watched as the whales rolled around affectionately, and marveled at their huge bodies.

As we finished the circumnavigation of San Juan Island we came across a small group of harbor porpoise to cap off our four cetacean day!