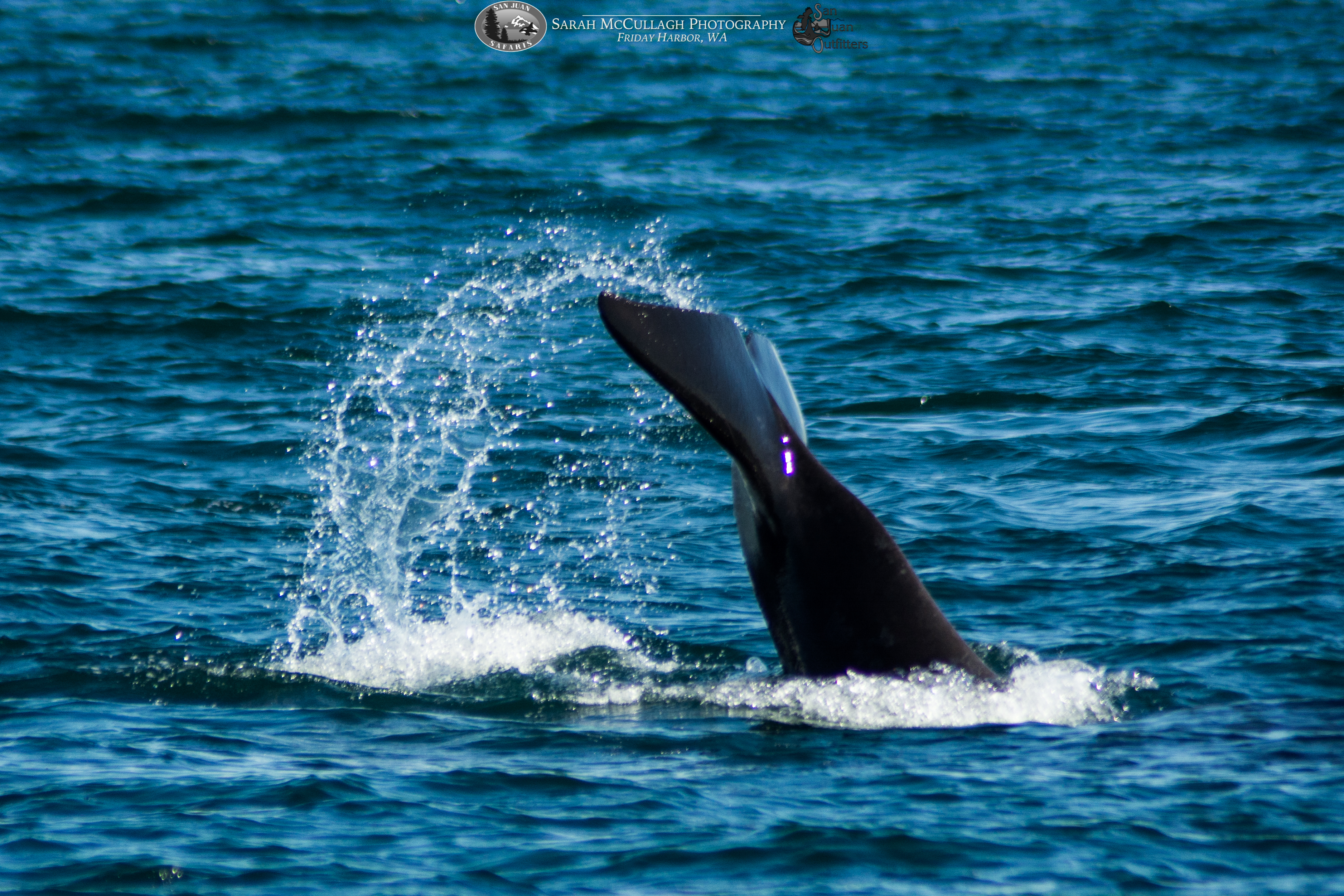 What a beautiful San Juan spring day!  Not only was it GORGEOUS weather, we also saw two types of whales on Thursday, March 30ths tour!  Captain Mike, guests aboard the M/V Sea Lion, and I left the docks with no confirmed reports of whales in the area.  We decided to try our luck to the south and headed toward Cattle Point on San Juan Island.

Shortly after leaving the harbor, we learned we had picked the right direction.  A humpback whale was spotted near Eagle Point on San Juan Island!  When we got on scene with the humpback, she was taking regular dives at about 4 minutes.  While she was not fluking, she gave us some very nice looks and we got to hear her breath!  While we were enjoying spending time with the lone humpback whale, Captain Mike received a call that orcas were spotted near Turn Point in Boundary Pass!

We left the humpback behind and headed north towards the orca sightings.  Captain Mike took us on a lovely cruise up the west side of San Juan Island and guests enjoyed beautiful views while soaking in the sun.  There was also hardly a breath of wind, making the water calm as can be.

Once we arrived on scene with the orcas, we learned it was J Pod!  Guests got to enjoy great looks of the J16’s, and specifically J26 Mike and J42 Echo.  We traveled with the orcas for several miles enjoying views of them surfacing in front of Pender Island in Canadian waters.  The orcas were foraging and traveling heading north toward Saturna Island.

To top of the trip, a large group of Steller sea lions was hauled out on Green Point on Speiden Island.  These gregarious pinnipeds are always fun to see and were making quite the racket!

Thursday truly felt like the first spring day here in the San Juans and it was wonderful to spend it on the water!