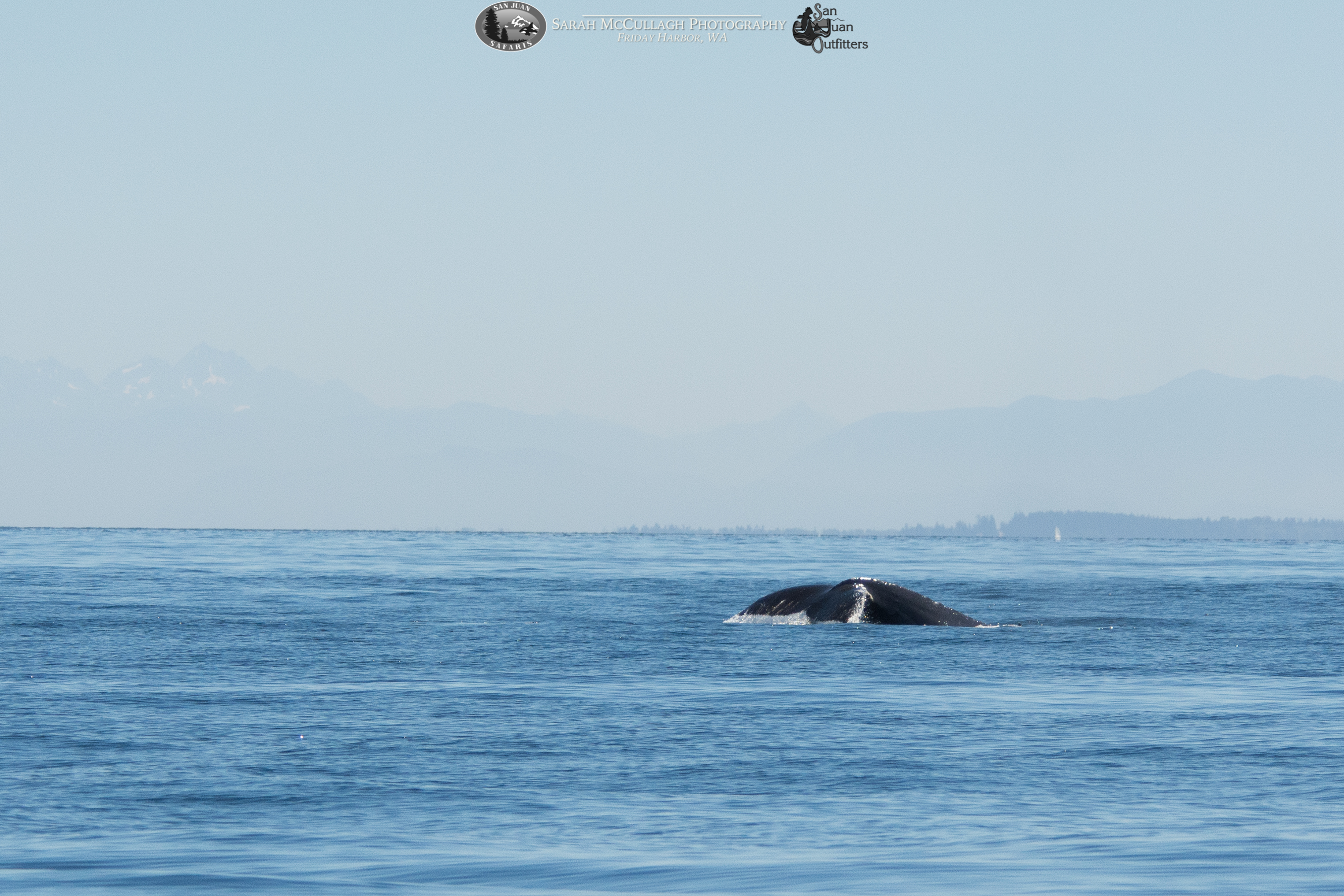 Today M/V Kestrel had two wonderful whale and wildlife trips spent with ample wildlife and most notably a humpback whale! Captain Mike and I had a great time spending time with our guests exploring the Salish Sea!

On our 10:00am Adventure Whale Watch Captain Mike and I left Friday Harbor with our guests and headed out on the search for wildlife! I really love when we have 10:00am departures. We start with a fresh slate not knowing what the day holds! Most boats in our spotting network leave the docks for their first trip of the day at around 10:00, so as a spotting network it is fun to coordinate in a search pattern.

Not too long after we left the dock, Captain Mike got a call from a boat to the north of our position: they had found a humpback whale! Because this reported whale was within M/V Kestrel’s large range and moving towards us in a southerly direction, we decided to search for other wildlife in waters that had not been scanned by our network.

We had lovely views of bald eagles and harbor seals as we cruised through the calm morning waters of the San Juan Islands. Since we are in the midst of harbor seal pupping season we got to see a number of mother and pup pairs up hauled-out on rocks. We made a stop at East Point on Saturna Island to take in the expansive view of the Strait of Georgia as well as the upwelling currents at Boiling Reef.

Heading further north into the Strait of Georgia we found the humpback whale traveling south at a good clip. Humpback whales are the fourth or fifth largest whales in the world. Here in the North Pacific these large animals measure at an average length of forty-five feet long and weigh upwards of 90,000 pounds. This humpback showed us its flukes a couple of times as it dove. Upon later examination the whale could be identified as BCY0253 “Graze.” This was the first time I had ever seen this individual! Very exciting!

Captain Mike and set out again from Friday Harbor on our afternoon Adventure tour. With all the cards in our hand from the previous tours out on the water, we were able to formulate a plan, which would certainly give us the opportunity to spend time with a humpback whale, and look for other wildlife.

Mike steered Kestrel north to the National Wildlife Refuge: Flattop Island. There we got awesome looks at some bald eagles swooping through the trees and some seals up on the rocks. From Flattop we pointed M/V Kestrel to White Rock in Cowlitz Bay where we found more seals, and even got to see gulls harassing an eagle! Certain gull species nest on rocky outcroppings. I think the eagle was a bit too close to the chicks for the gull-parents’ comfort.

We again caught up with BCY0253 “Graze” in Presidents Channel between Waldron and Orcas Islands. The whale had travelled fifteen miles since our first morning encounter! One of the most wondrous things about watching humpback whales is watching their exhalations. Humpback exhale at roughly 300 miles per hour. This vaporizes the two to four gallons of seawater trapped on top of their two blowholes or nares. I think that humpback exhale process perfectly sum up the whales’ power and size. It can be hard to fathom! (Nautical joke alert… I’ll be here all summer) We followed the whale towards Jones Island, getting a number of awesome surfacings before peeling away to go off in search of other wildlife!

We headed south through Cattle Pass finding kelp forests to explore, bald eagles swooping over the water, active bait balls with tons of sea birds, nesting colonies of cormorants, and, of course, the beautiful scenery for which the San Juan Islands are known.

It was a fabulous day out on the water, bring on tomorrow! 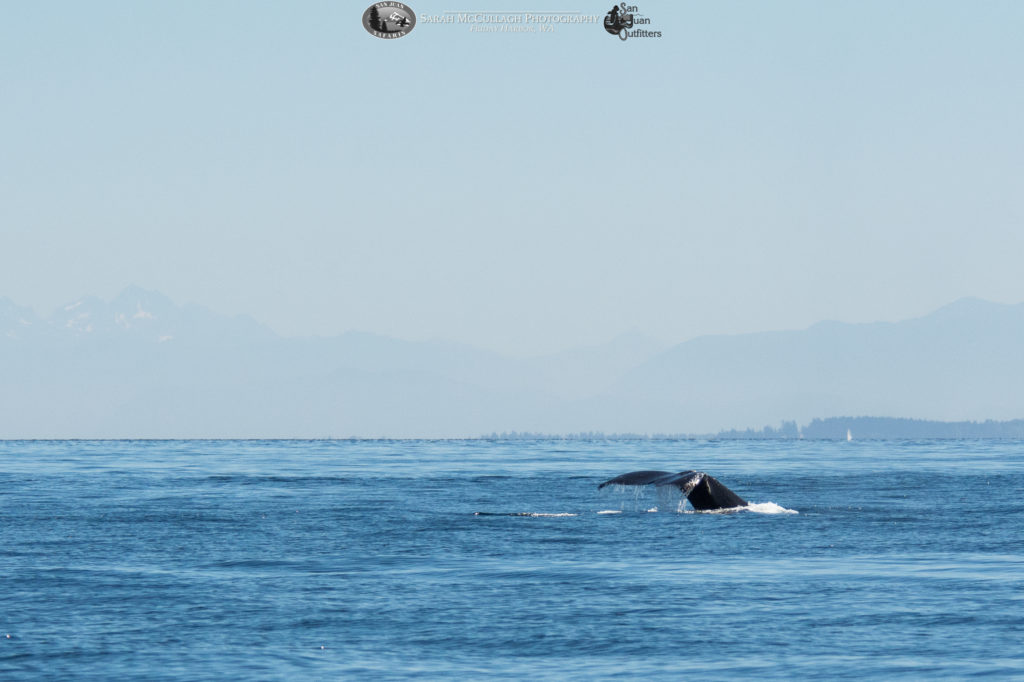