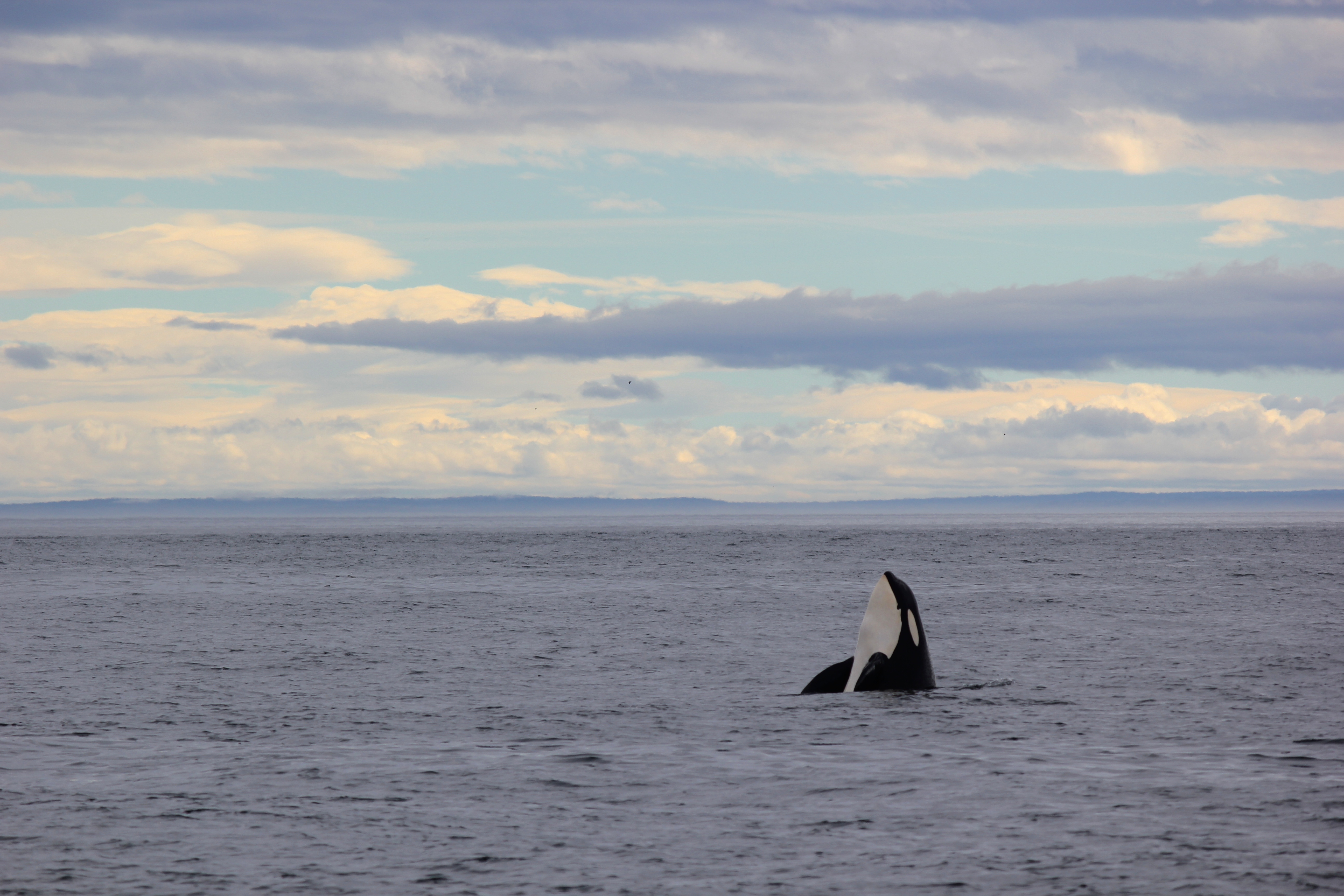 Whale watching in March can be unpredictable, but today guests and crew aboard the M/V Sea Lion got lucky!  With gray skies that threatened of rain which never came, we set off south out of the harbor.  After rounding the southern tip of San Juan Island, Captain Mike pointed the boat toward Victoria, Canada across Haro Strait.  There were rumors of possible orcas off of Victoria Harbor and we were anxious to see if they were true.  After motoring across the strait, victory!  Members of J Pod popped up just south of Victoria Harbor.

J pod had been riding the ebb back out to the Pacific Ocean, but it appeared they had stalled and possibly even turned with the incoming tide.  We were lucky enough to spend a lot of time shut down with whales surfacing on our port side.  Getting a chance to hear cetacean breath is always a treat.  We observed foraging behavior, several pec slaps, and tail slaps.  The highlight of the trip was a young orca blowing a large bubble near the surface, creating quite the stir!  We observed J36 and J41 and their calves J52 and J51 respectively, as well as a few other members of J pod.  After some excellent views it was time to start motoring back toward Friday Harbor.

After crossing back across Haro Strait, we stopped at Whale Rocks to look at some fabulous Steller sea lions.  Whale Rocks, located at the southern end of San Juan Island, is a common place to find Stellers during the winter, spring, and fall.  At 2000 lbs and 10ft long, adult male Stellers are quite the site!  Stellers are not seen during the summer months, as they travel to Alaska every year for mating season.  Steller sea lions have a skull that is very similar to a bears, both in shape and size.