J pod gets the party started in Haro Strait 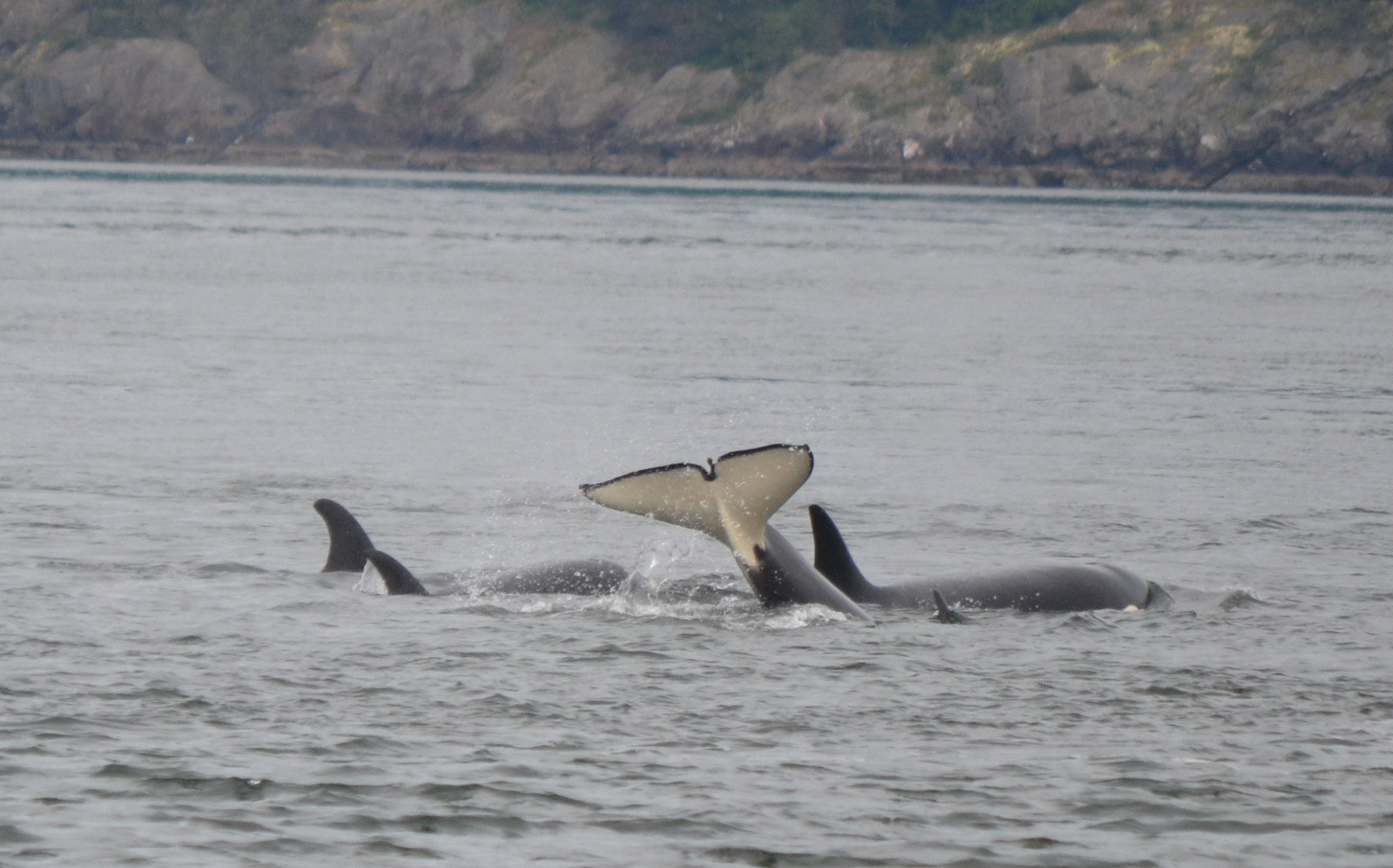 Twenty three years ago today, Naturalist Alex was born–that’s me. To celebrate, I worked on my favorite boat, M/V Sea Lion. I was ecstatic to hear that there were southern resident killer whales (SRKW) on the west side, just like old times. These guys have been far more absent this summer than in the past–presumably because of the low salmon run. I would like to say that they came in for my birthday, but some of J-pod came in a few days ago, and has hung around since!

We got off the dock a little bit late, but were just happy that the whales were fairly close and that it had stopped raining. By the time we got there, the whales were fairly spread out. This isn’t that surprising, especially considering that without any acoustic barriers, they can communicate miles away from each other. We identified this group as J2 Granny and clan, her granddaughter J14 Samish, her three kids, and one grandchild J49 T’ilem I’nges. We were even graced by the J19 Shachi, her daughter J41 Eclipse, and grandson J51 Nova. Eclipse and Nova each breached at the same time, twice! As we moved north with these guys, we decided that it would make the most sense to continue that way around San Juan Island. We circumnavigated the whole island on our way back to Friday Harbor. It immediately started raining upon our arrival–but at least it was nice while we were on the water!