J Pod at Hein Bank in the San Juan Islands

Today the stars aligned and we had beautiful sun, mild temperatures, and orcas! Captain Mike and I left Friday Harbor with a hearty group of passengers and whales on our minds. Though we didn’t have any confirmed reports, there was a rumor kicking around that there might be a group of killer whales traveling southwest through Haro Strait towards the Strait of Juan de Fuca. We decided that heading South through San Juan Channel would give us the best shot at finding some big black and white critters.

We made our way out into the middle of the Strait towards Hein Bank; spread out over two miles was all of J Pod casually travelling. In the beautiful early-spring light their blows were illuminated as they hug in the air. We watched as they lazily tail slapped and rolled around in the smooth water.

When we first got on scene we were lucky enough to find ourselves watching my favorite whales! The coolest, most independent female J16 Slick was traveling with her two youngest kiddos J42 Echo and J50 Scarlet. J16 is well known for her independent streak often leading her small (but growing!) matriline away from the rest of J Pod. Recently, in my last encounters with her she and J42 as well as J50 have been together while her adult son J26 Mike, adult daughter J36 Alki, and J16’s first grandcalf J52 Sonic have traveled as a small group nearby. As a ten year old, J42 might be helping her mother care for her two-year-old sister to potentially prepare for not too future pregnancies of her own.

We also had the chance to see the J17 family group led by J17 Princess Angeline herself. Traveling in and amongst her tight knit family was L87 Onyx. L87 was the constant companion of J2 Granny up until her death this past winter. It will be interesting to see which family he ends up traveling with, or which individual whale he might next latch on to. Recently I have seen him traveling both with the J17s as well as with the J11 matriline, most notably with his saddle-patch doppelganger J27 Blackberry.

After a great encounter with the Js, we headed out on the search for other wildlife. We cruised over to the south end of Lopez Island and found harbor seals, bald eagles, pigeon guillemots, and Steller’s sea lions. It was so nice to have a truly sunny day after so many gray-skied days! 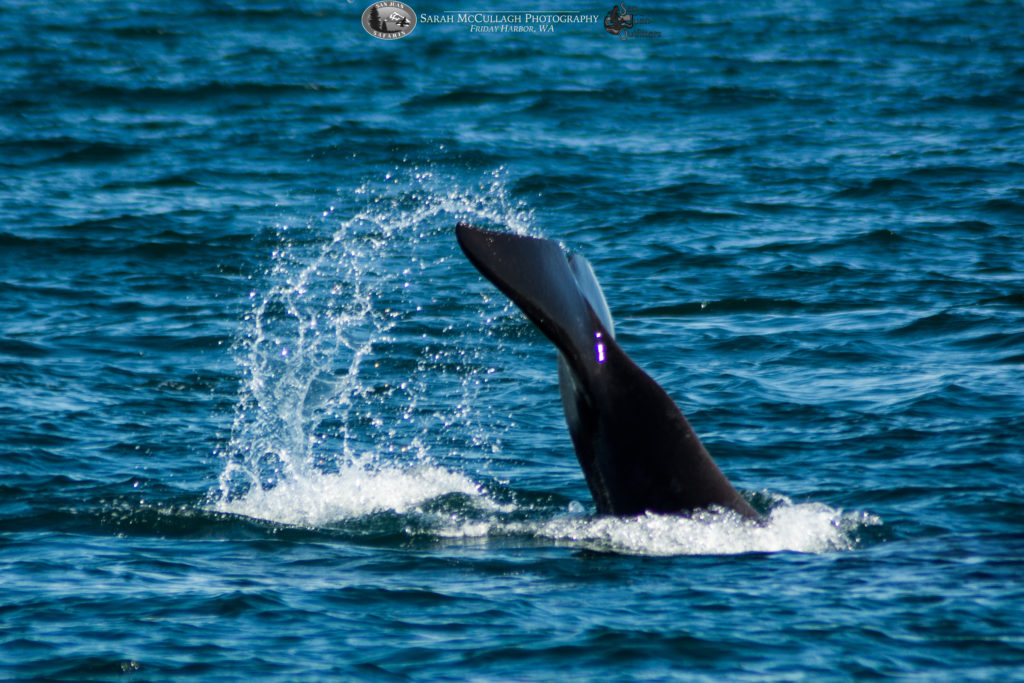 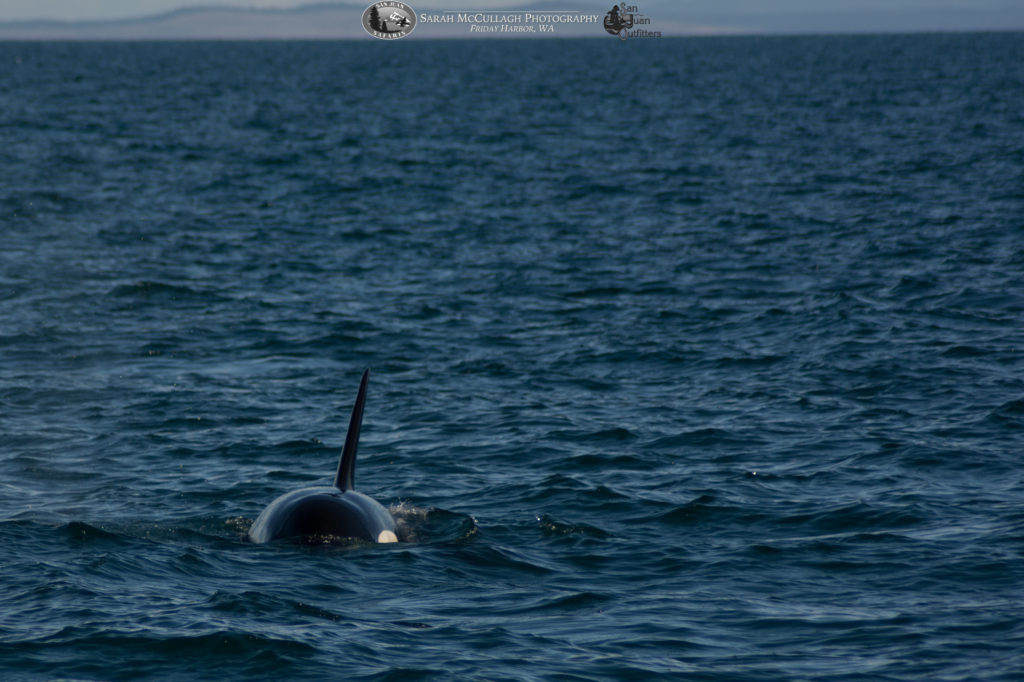