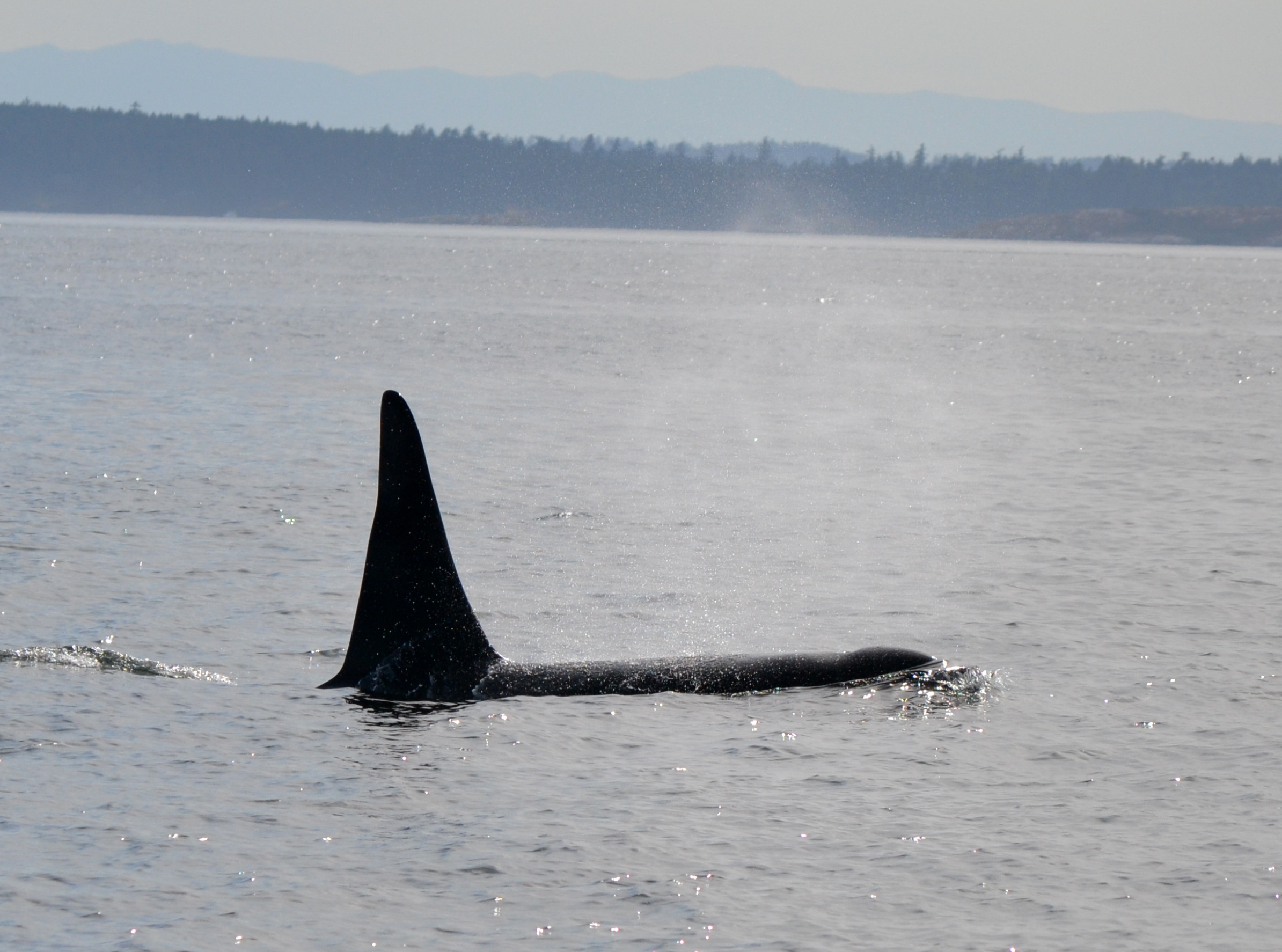 After an encounter on last night’s charter with J Pod, Captain Pete and I were hopeful that the Southern Resident Killer Whales had stuck around the Salish Sea.  Thankfully, there was rumor of J Pod near the north end of Orcas Island.  Sadly, these whales were lost shortly before trip time due to deteriorating weather conditions.  So, we began our tour with no confirmed orca reports.  Pete and I did not lose hope though!  We began the trip headed in a direction that we hoped the orcas may have traveled with gray skies overhead.

After an hour of traveling, orcas were spotted between Orcas Island and Lummi Island.  All of J Pod, minus the J-17s, were milling and foraging in the open waters of Rosario Strait.  The orcas were all over the strait and were moving erratically.  Towards the end of our time with J Pod, we were lucky enough to get great views of J26 and J27, two large males in J Pod.  There was even a breach by one of the J Pod calves!

The clouds had been threatening rain the whole day, but it was not until our final moments with the whales that it really opened up.  The guests aboard the M/V Sea Lion were all troupers and did not let a little PNW weather stand in the way of a spectacular time with the whales.

Along the way, we also got a look at harbor seals and at least 6 eagles!  At one point, a juvenile eagle was harassing a gull until the gull dropped the food it was carrying.  Eagles do fish and hunt for themselves, but first and foremost are scavengers.

By the time we arrived back in Friday Harbor the sun was out and it was turning into a beautiful afternoon.  Both weather and whales can be hard to predict on these March days, but we have sure been getting lucky!