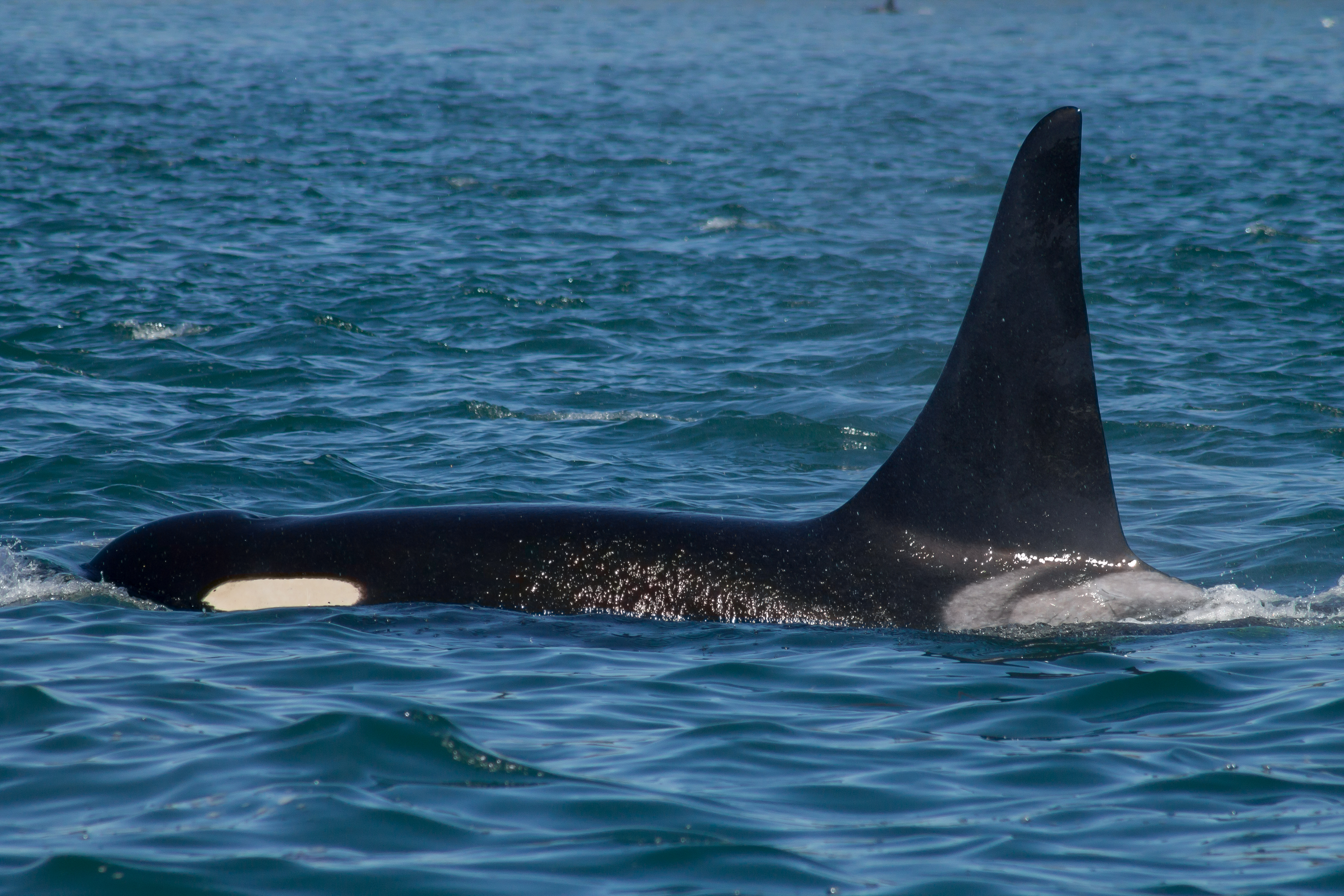 Today we took the Kittiwake into the Strait of Juan de Fuca with our charter of 12 to follow up on one of the best reports you can think of – resident killer whales eastbound from Victoria!

The Strait of Juan de Fuca is the largest waterway in the San Juans and connects the Salish Sea directly to the Pacific Ocean. Victoria is perfectly situated at the eastern mouth of the strait, so reports from that area usually mean one of two things – whales leaving the area (westbound) or whales returning to the area (eastbound). The current reports stated that all 3 pods were eastbound and moving fast, so we set out with high hopes and a boat full of people!

When we did catch up with the leaders of the pods, they had already made significant progress from Victoria. We turned our bow to match their direction and motored alongside them, moving at a pretty clippy pace of almost 10 mph.

The leading family was the J16’s, including Mike, a fully grown male, and his mom, Slick, who just had a brand new calf, Scarlet, this winter. We followed them right up to the shoreline of San Juan Island before we were met with the second family in the procession, the J19’s. We watched as whale after whale passed us by, with Blackberry, a 25 year old male, bringing up the rear. We followed him as he moved up the island, spooking a large flock of seabirds on the way.

We then turned back towards Cattle Point and entered San Juan Channel to journey home to Friday Harbor.