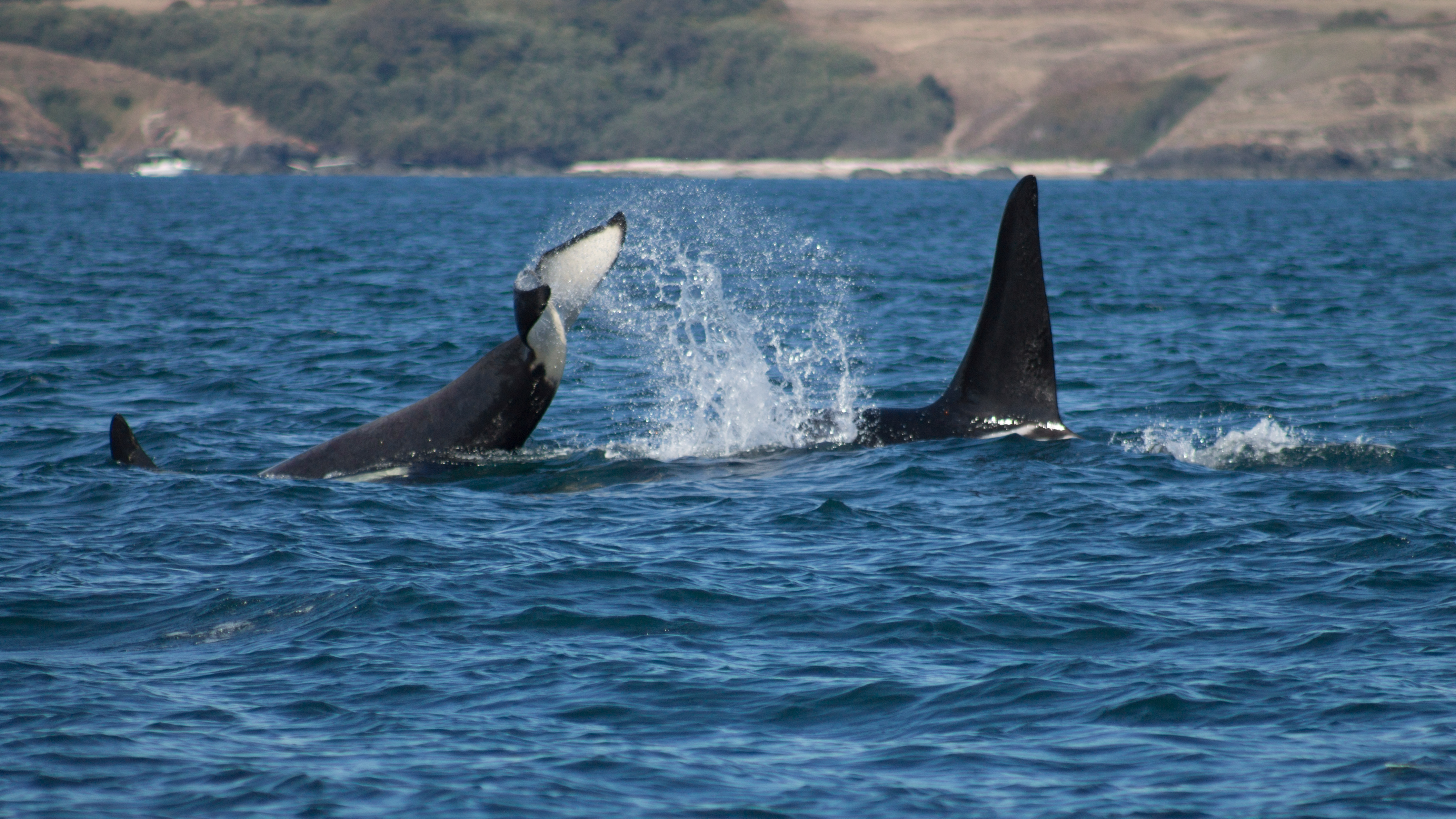 Today was Captain Jim’s last day of the season with San Juan Safaris, but he could not have asked for a better day to end off the summer with! We started out our trip with a unique problem – too many whale reports to choose from. Captain Jim decided to follow up on the report closest to us, a group of resident killer whales a few miles off of Eagle Point on the southwest side of San Juan Island.

We made a beeline for that location, having heard that the whales in that area were moving away from us, and fast. But when we arrived, we were greeted with tail slap after tail slap, a very social behavior. We identified the group as the L4’s, the largest family group in L pod, as well as Crewser, an adult L pod male. As soon as they finished up playing for the time being, they turned around and started traveling back towards San Juan Island!

We followed them north, with Cattle Point stretching out to our right in the distance and whales moving and playing all around us. Before long, we noticed another adult male alongside this group, and it wasn’t Crewser. We identified him as a J pod male, Blackberry! He must have been the cause of so much commotion, and Surprise, a 20 year old L pod female, was especially taken by him, tail slapping and rolling as he traveled alongside here.

We observed these two young, unrelated whales socializing, as well as tail slaps, spyhops, barrel rolls, and breaches from the rest of the L4 group. We even heard a young male socializing above the surface, something you usually need a hydrophone to witness!

We stopped by whale rocks on the way home to observe some Steller sea lions and harbor seals hauled out on the rocks. We pulled into Friday Harbor feeling very grateful to witness such an amazing whale encounter, and allow Captain Jim to truly end the season right!