Just Another Strait of Georgious Day – Transient and Resident Orcas around Pt. Roberts! 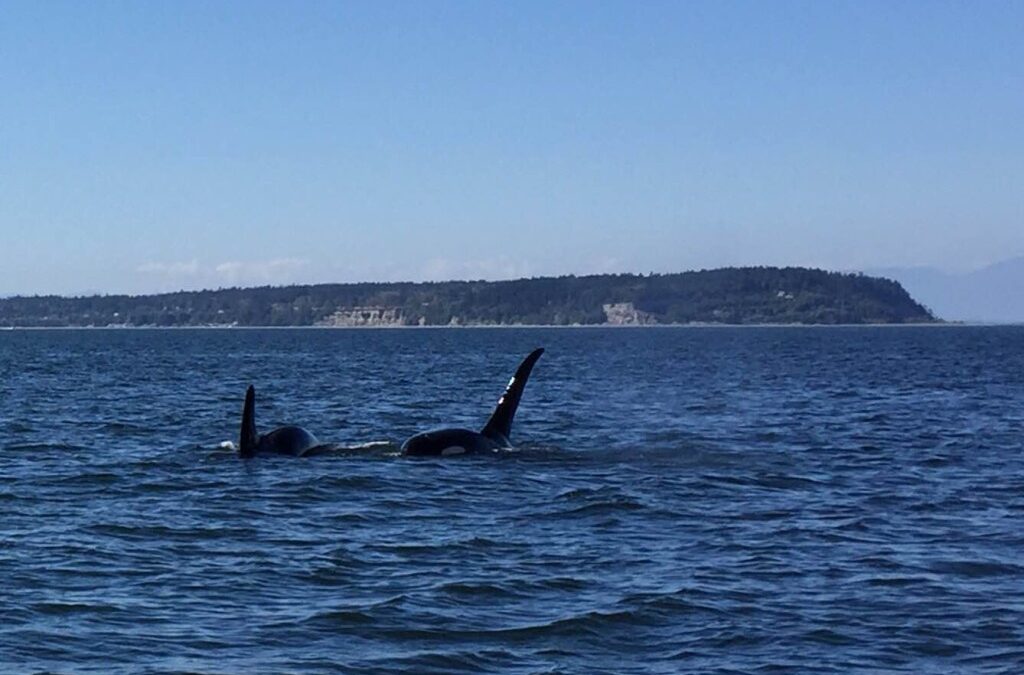 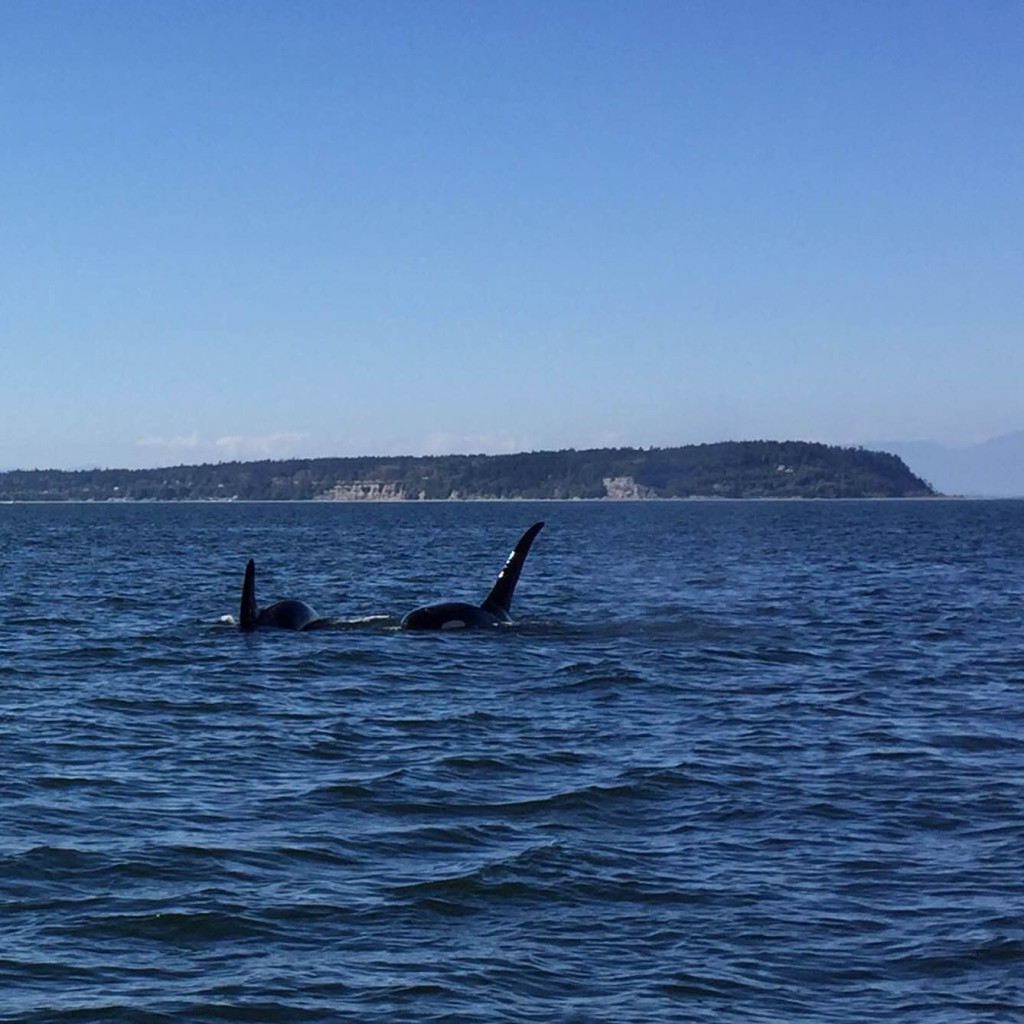 Yesterday Captain Brian and I set out to rock on the M/V Kestrel. What can be better than traveling an average of 30 knots on flat calm sunny seas? Oh, I’ll tell you having a amazing amount of guest in matching red exposure suits ready to see some orcas-that’s what. We headed north to check out a report of orcas around Point Roberts in the Strait of Georgia (part of the USA but slightly funny back story you should look it up). We stopped on the way to check out East Point and Boiling Reef that during certain tides, even on calm days has a line of gnarly standing white water and vortexes waiting to impress you. First stop Transient Orcas. We spotted them in the middle of the Strait of Georgia. There were two family groups traveling together, slowly chasing some prey in deep water. These are the marine mammal eaters. They’re a little bit quieter, but sometimes like to launch seals like footballs. Today they were felling a little bit more Zen in their life so all the catching, killing, and eating took place under water. After hanging with these two families we moved not too far away to another group of orcas of a different ecotype. Only a few miles southeast of these Transient was all of J pod of the Southern Resident Orcas. These are the fish eaters. The Transients and the Residents don’t’ interbreed any more, speak different dialects and haven’t been together for around ~14,000 years. Usually though when the Transients hear the super chatty Residents they turn tail and swim in the opposite direction, but not today it seems like both had decided that the Strait of Georgia was big enough for both of them. We hung out with Blackberry (J27) for a little bit as he travelled south. Then we moved closer to shore to check out the J17’s a whole family (matriline) of 8 orcas in total with two new calves! We watched this family travel close together and then start to get social as they swam further south. Then boom! Two big male orcas popped up! It was Doublestuf (J34) and his younger brother who just started sprouting (awkward orca puberty), Cookie (J38). They swam right by us and then Cookie scurried off to join the other matrilines in the distance as Blackberry and Doublestuf and two females paired off and started playing around (perhaps flirting and perhaps getting frisky –hard to say ;]). We soon had to zoom back at top speeds because we ended up spending even more time with these amazing orcas than usual! Whale folks, until next time. Erick out! 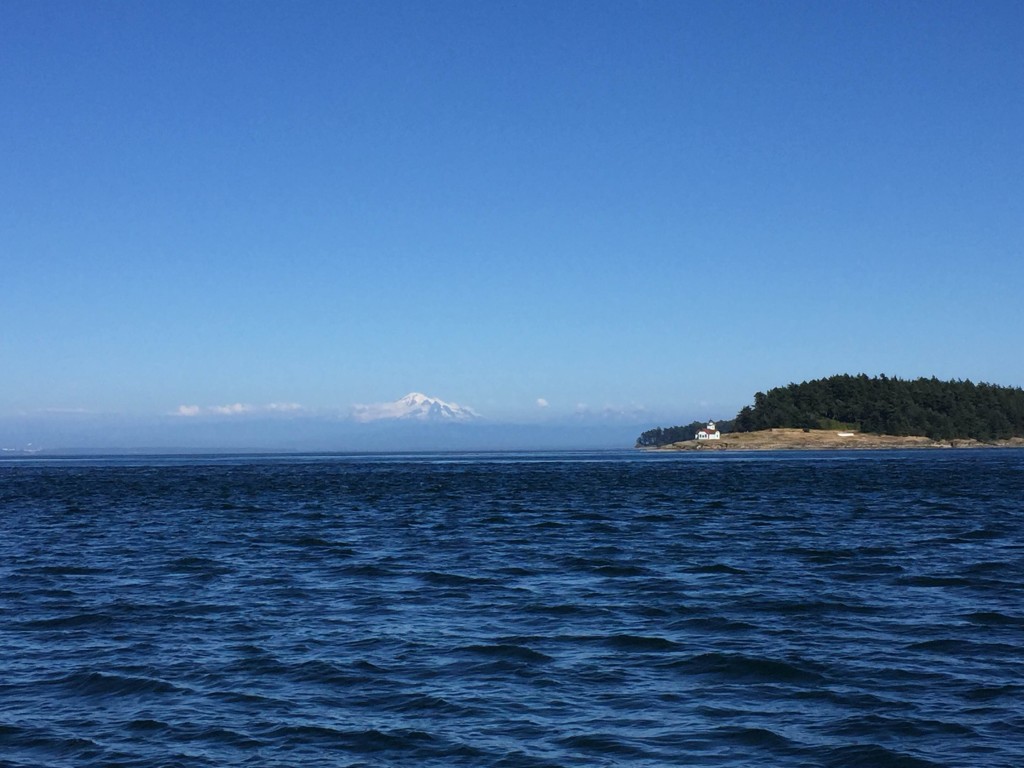