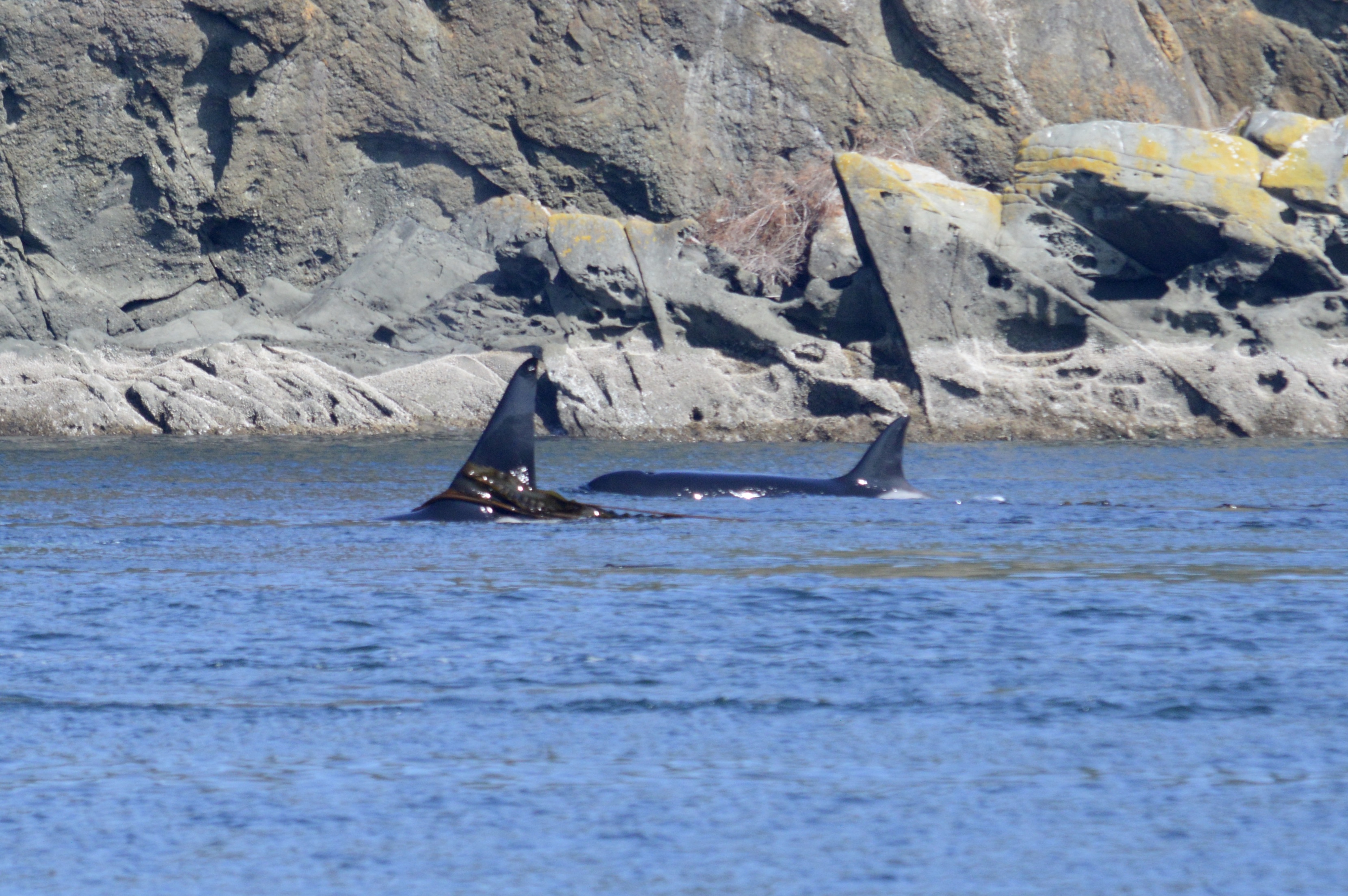 Just shortly before we had guests board the vessel this morning, we received reports of Bigg’s killer whales at Java Rocks. As we made our way out of the harbor and toward Canadian waters, I explained to our passengers that the whales we were headed for belong to the mammal-eating ecotype of orcas that we have in the area.

Upon our arrival, everyone quickly noticed the oddly curved dorsal fin of the adult male, whom was identified as T19B. Normally, all dorsal fins remain fully vertical and erect—with the exception of an occasional wobble as they surface. No one actually knows why his is so droopy, but it could be something as simple as a deficiency in the connective tissue of his dorsal fin.

We also had his brother, his mother, and a female that is likely his aunt. In addition, we had 124E with us, a 17-year old male who has never been seen without his immediate matriline—so this was new! It’s not something that is surprising in transients, as we’ve seen this happen a lot, just not with this particular individual.

At first when we arrived, it appeared as though this group of 5 was sleeping. Then, as they passed a rock that acts as a popular harbor seal haul out, I was proven wrong—they were hunting. They immediately changed direction and began to circle the rock. Unfortunately we didn’t see evidence of them killing anything—but they did begin kelping! This is a form of object play that we see in delphinids. It consists of them picking up a piece of bull kelp on their dorsal fin, pectoral fin, flukes, or some other part of their body—so cool!

As they continued along, rousing the lucky folks that were watching them from just feet away on the rocky shore, we slowly began to peel off and begin our journey back home.