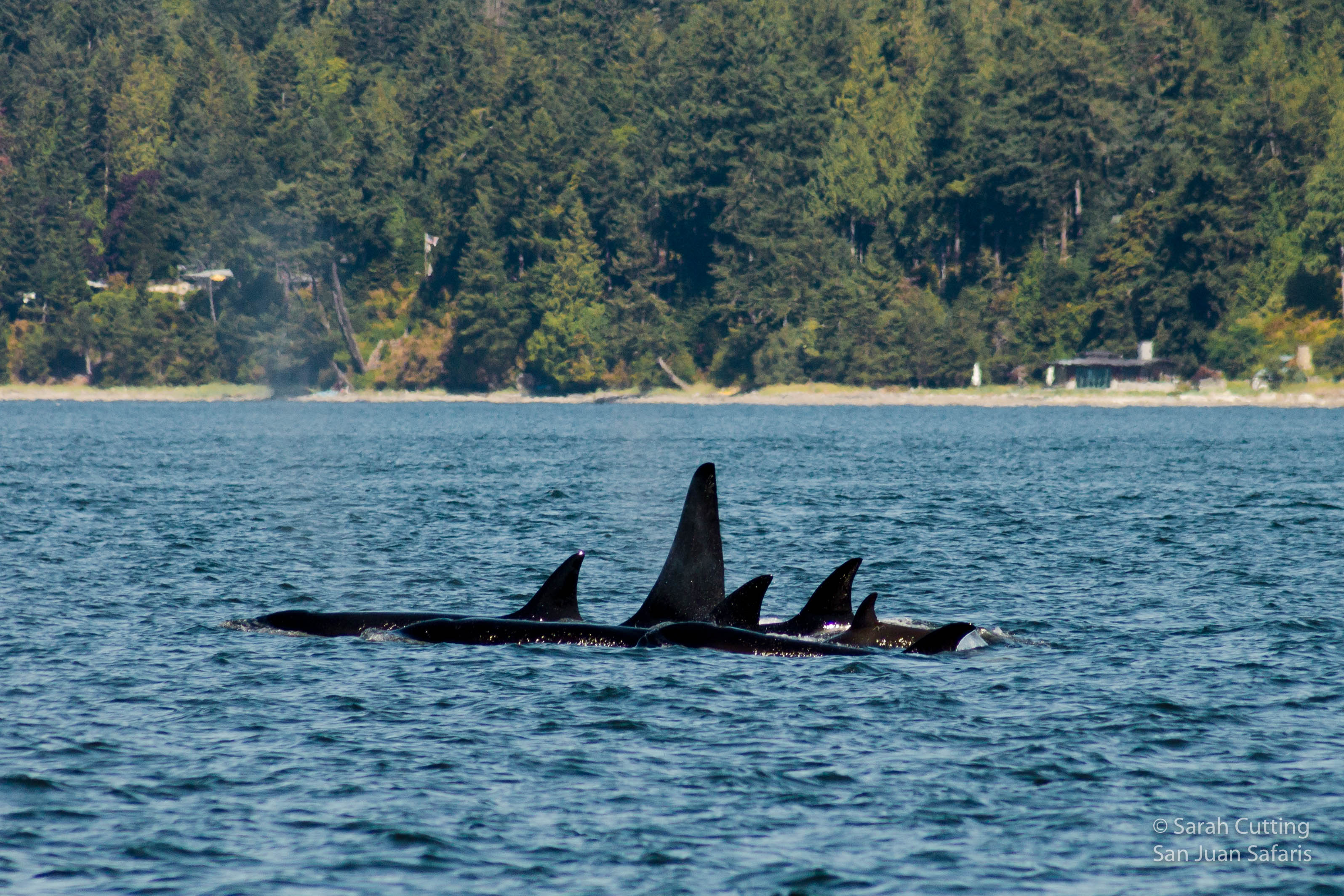 Happy September! It’s crazy to think that this season will be winding down soon, but not today! M/V Sea Lion and guests had a spectacular day with 17 orca whales spotted throughout the San Juans. Two trips, five families, and nothing but smiles filled our time spent on the water.

The afternoon trip departed Friday Harbor and headed southwest of San Juan Island. It was a long haul, but we made it to some transient (mammal-hunting) orcas! We were watching the T11’s (mom and her adult son) and the T46B’s (6 whales primarily filled with females and juveniles). T11, the mom of T11A, was seen somewhat apart from the group, perhaps letting her son mingle with the ladies to make some moves. She even gave us an awesome look close to our boat!

It’s super special getting a chance to see a matriarch up close and personal. The information she has and the culture she passes on in a group is indescribable. It’s an honor to be in such close proximity to an individual that carries such knowledge and responsibility. She eventually joined the rest of the group, and we soon parted ways to see some Stellar’s sea lions and harbor seals before arriving home to San Juan Island.

Our evening trip was a special one- a charter! We picked up the group out of Roche Harbor, and we headed out of Mosquito Pass to meet right up with more transient orcas! They were RIGHT there. The trip couldn’t have been easier and simpler, and we had about two whole hours with the killer whales. This group was a mixture of the T124A’s, T124D, and the T60’s- that made 9 whales total! There were adult females, juveniles, a big male, and even little babies in the mixture. We got several close encounters, and even better? It was all at sunset. AMAZING.

We couldn’t have asked for a better day out on the water. About 50 orcas were spotted in the Salish Sea throughout the day, and we were lucky enough to spot 17 of them while we were out on our two trips. September is off to a great start!